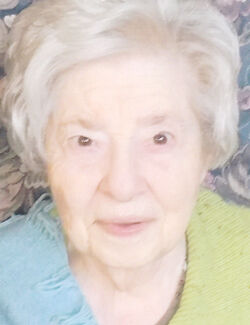 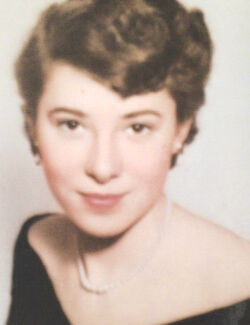 Dorothy Lois "Dottie" Fifield SOUTH DEERFIELD, Mass. — Dorothy Lois "Dottie" (Bragg) Fifield died peacefully on July 18, 2020. Dottie was born on Sept. 4, 1934, in her grandmother's house in Brattleboro, Vermont. She was the daughter of Lillian Mary (Burnett) Bragg and Norris E. Bragg. Dorothy grew up in the picturesque, historical village of Grafton, Vermont. She enjoyed and was active in many Grafton community activities. Dorothy played in the Grafton Coronet Band with her father. She was able to play several instruments, the saxophone was her favorite. Dorothy's earliest education was in a one-room schoolhouse in Grafton. It was evident at this time that she would become a teacher, as she enjoyed helping the younger students with their studies. Dorothy attended Bellows Falls High School in Bellows Falls, Vermont. She excelled as a student and an athlete. Dorothy's athleticism throughout her life is noteworthy. She was an avid swimmer and enjoyed bicycling, hiking and softball. Dottie graduated from what is now Castleton University in Castleton, Vermont, and earned a Bachelor's degree in Education. While in college, she met and fell in love with Rene Fifiefd. They married shortly after graduation. Dorothy's first teaching job was second grade in Addison, Vermont. In 1965, Dottie and Rene moved to South Deerfield, Massachusetts. While raising her children, she substituted in many Franklin County schools. When her children were older, she took a job at the Conway Grammar School working with special needs children. She enjoyed and adored the Conway School community. She followed some of her students from Conway to Frontier Regional High School. She continued working with special needs students at Frontier until her retirement. She was a member and a Sunday school teacher at the South Deerfield Congregational Church. Dorothy and Rene did some traveling after retirement; however, their best times were spent in their backyard on Graves Street. Lunch in the gazebo, a dip in the pool, harvesting bouquets in Dottie's field of gladiolas, or picking the prized blueberries and raspberries, this was Dottie's splendor! She loved children and animals, and they naturally gravitated to her. She was patient and kind. Dorothy leaves her husband of 64 years, Rene W. Fifield. She leaves her children, Colleen Descavich and husband Skip; her sons, Shaun and Shannon Fifield, Shane Fifield and wife Felicia; and her daughter, Doreen Fifield. Dorothy leaves her grandchildren, Spencer and Hayley Descavich, Jordan Abernathy, Amaya and Nia Fifield; and her step-grandchildren, Darrell and Demi Akins. She leaves her sister-in-law, Barbra Bragg and several nieces and nephews of New Hampshire. Dorothy was predeceased by her brother, Karl Bragg; her daughter, Maureen (Fifield) Abernathy; and a granddaughter, Jillian Abernathy. Dorothy was blessed with the best health care personnel. Elaine, her home health care aide, made it possible she had that last swim. Her family at the Arbors of Greenfield customized care specially for Dottie. Her team of angels in Dharma Wing at the Center for Extended Care had their girl until the end. Cooley Dickinson Hospice provided Dottie dignity and the peace she was ready for. In lieu of flowers, please consider a contribution to Dharma Activities, c/o CECAA, 150 University Drive, Amherst, MA 01002, to the attention of Christina Clark. There will be a visitation Friday, July 31, at 10:30, a service with Jack Cooper will follow in the Chapel at Wrisley Funeral Home in South Deerfield.

Our deepest condolences to Rene and the entire family. What a beautiful obituary such a lasting legacy for such a beautiful life our prayers are with you