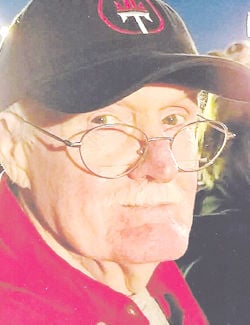 Douglas Duane Haskins BRANDON — Douglas Duane Haskins, 71, died Wednesday, Jan. 29, 2020, at the home of his sister, Judy Pearson, in Brandon. He was born May 5, 1948, the son of Harold and Donna (Kemp) Haskins, in Morrisville where he received his early education. He had a short stint in the U.S. Army but was medically discharged. In August 1969, Mr. Haskins married Kathleen Lesage. He worked in the custodial department for Saint Michael’s College and Middlebury Union High School, as well as for the Gainesville, Florida, High School. Survivors include two daughters, Melissa Lanpher of Leicester and Sheila O’Neill of Poughkeepsie, New York; six siblings, Patricia Dodge of Starksboro, Judy Pearson of Brandon, Cheryl Pinkham-Peck of Gainesville, Sadie Kemp of Leicester, Edson Haskins of Rocky Mount, North Carolina, and Robert Haskins of Marion, North Carolina; three grandchildren, eight great-grandchildren; several nieces, nephews and cousins. He was predeceased by his wife Aug. 24, 2017; and a sister, Lenora Parker. The memorial service will be held at 2 p.m. Feb. 22, at Miller & Ketcham Funeral Home in Brandon, where calling hours begin at noon prior to the service officiated by the Rev. Andrew Carlson, Rutland Area Visiting Nurse & Hospice chaplain. A reception will follow at Brandon American Legion Post #55. Private burial will be at a later date in St. Francis Xavier Cemetery in Winooski. Memorial contributions, in lieu of flowers, may be made to Rutland County Humane Society, 765 Stevens Road, Pittsford, VT 05763.