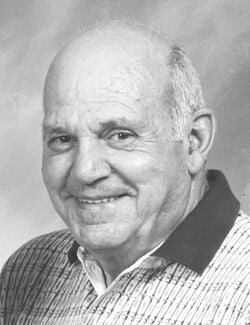 Ernest P. Zambon RUTLAND — Ernest P. "Ernie" Zambon, 88, of Rutland, passed away Nov. 1, 2021, at his home. Born in Rutland, Jan. 20, 1933, he was the son of Peter and Severina (Spinazzi) Zambon. Ernie was a graduate of Mount St. Joseph Academy class of 1951. He was a U.S. Army veteran having served during the Korean War. On Feb. 7, 1959, he married June (Burke) Zambon, his loving wife of 63 years. Surviving are his wife; four children and their families, Peter (Regina), Michael (Lynette), Mary-Kaye, Christina (Todd); eight grandchildren, Erica, Michael (wife Kirsten), Rebecca, Michala, Gabriel, Kathryn, Jordan, Cody; two great-grandchildren, Makenna and Noah. He is also survived by his brothers-in-law, Francis Burke, Timothy Burke, and their families, along with Jerry Burke’s family. He was predeceased by his parents; his sister, Richardine; infant son, Paul; and brother-in-law, William “Jerry” Burke. The family is forever grateful to Dr. Bruce Bullock for his exceptional care and compassion. A private celebration of his life will be held at a later date. Arrangements are under the direction of Clifford Funeral Home in Rutland.

My deepest sympathies to the extended Zamboanga-Burke family. Please accept my condolences.

My condolences to the family members, especially June and Peter, & those who love him.

So many wonderful memories of Mr.Zambon and the family. Thoughts and prayers go out to all of you..Ginny