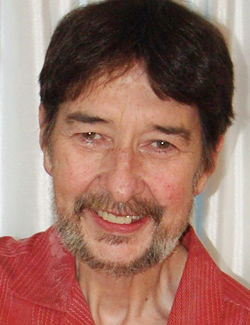 James Bruce Butler FOREST DALE — James Bruce Butler left this world suddenly on Jan. 9, 2020, at his home in Forest Dale, after living with various health issues for many years. He was born at Helen Porter Hospital in 1949 to Thomas and Marion Anoe Butler. The youngest of five siblings, Jim graduated Otter Valley Union High School in 1967 and enlisted in the United States Army, in October of that year, where he became an electro-mechanical engineer. After serving our country for more than six years and achieving the rank of Sergeant, he went on to further his education at Vermont Technical College and Eastern Kentucky University. It was while living in Kentucky that he met Marcia Shelton of Lawrenceburg. Jim and Marcia became best friends and later married, ultimately moving back to Vermont to raise their two children Michael and Sarah, and to care for Jim’s aging mother. Back home, Jim made sure to expose his family to the lakes, mountains and forests that made Vermont so special to him. Great Big Jim, as he was known to his grandchildren, was a very proud father, grandfather and husband. He enjoyed stream fishing for trout, collecting old tools, gardening, working on cars, tinkering with anything mechanical and spending winters in Key West, Florida. Jim was predeceased by his parents Thomas and Marion Butler; his brothers Thomas Butler Jr., Brian Butler, Richard “Dickie” Butler; and sister Priscilla Foster. He is survived by wife Marcia Butler; daughter Sarah Dorsey; son Michael Butler and wife Rebecca and their children Samantha, Tabitha and George. Calling hours begin at 4 p.m. on Thursday, Jan. 16, at Miller and Ketcham Funeral Home in Brandon. A brief remembrance will be held at 7 p.m. with Father Moe, of St. Mary’s Catholic Church, officiating. In lieu of flowers, donations can be made to the Brandon Rescue Squad or the Brandon Food Shelf. Arrangements are under the direction of the Miller & Ketcham Funeral Home in Brandon.