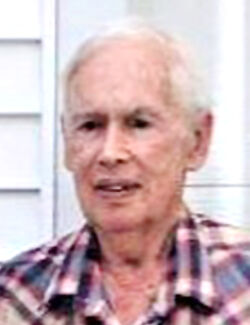 John E. Spafford BOMOSEEN — John Eddy Spafford, 86, of Bomoseen, died Thursday morning, Nov. 11, 2021, at his residence. His daughter, Nancy, was at his side. Also present was his longtime companion, Carol Ainsworth. He was born Aug. 24, 1935, in Rockford, Illinois, the son of Norman and Alice (Eddy) Spafford. He grew up in the Rutland area and graduated from Rutland High School in 1953. As a young man, he enjoyed working on cars and was a member of the service department at Stowell's Chevy. He served in the National Guard for seven years. Mr. Spafford owned and operated Spafford and Sons Water Wells for many years until his retirement. During the winter months, when it was too cold to drill wells, John would travel to Florida to walk the beach and see the Daytona 500. Survivors include two daughters, Sandy Charnogursky, of West Virginia, and Nancy Spafford, of Melrose, Massachusetts; a stepson, Michael Brown, of Bomoseen; two stepdaughters, Valerie Brock, of Proctor, and Terry McLaughlin, of West Rutland; a brother, Norman Spafford, of Bomoseen; a sister, Nancy Bride, of New Smyrna, Florida; a niece, Julie Johnson, of New Smyrna, Florida; and grandchildren. He was predeceased by his wife, Dorothy (Hayes) Spafford, on Oct. 17, 2007; three daughters, Debbie Spafford in 1959, Linda Spafford in 1960, and Tammy Spafford in 2012 Arrangements are with the Durfee Funeral Home in Fair Haven. Plans for a celebration of life are pending. Contributions, in lieu of flowers, can be made to Vermont Achievement Center.

Hello Terry may remember me and Sandy but I knew John threw Sandy and Tammy US girls grew up together and went to school together I was able to reconnect with John through Tammy John was not around alot when I was at the house but that's because I was there with my mother Beverly Peer she was friends with Louise but I know John took good care of TMmy through Terry Terry didn't know me personally but I was in Tammy's life because we grew up together I watched over Tam.y when we lived in Sheldon Towers I knew Tammy's disability and I was strong for But please acknowledge my sincere sorrow during this time of need May you all find peace through God

Norm, I am so sorry to hear about John passing. I knew John through Norm and always saw him at the Bomoseen Post Office. He was always so pleasant and friendly and always had nice things to say about everyone. I am thinking of what a great guy he was and hoping the family has peace through fond memories.

Nancy, Norm & Julie - I'm so sorry to hear of John's passing. You are in my thoughts and prayers.