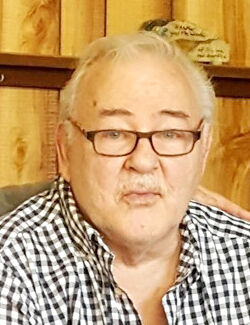 John J. Phillips CHITTENDEN — John Joseph Phillips, 81, died Tuesday, Jan. 19, 2021, at Rutland Regional Medical Center. He was born Jan. 26, 1939, in Center Rutland, the son of John and Julia (Pryzbylo) Phillips. He grew up in Chittenden. Mr. Phillips entered the U.S. Army after high school. He was employed by Howe Scale in Rutland and later, as a bus driver. He enjoyed hunting, fishing and going to casinos. Survivors include his daughter, Susan Thomas of Granville, New York; a sister, Bernice Kelly of Castleton; his companion of 34 years, Judith Reed of Chittenden; two grandchildren, four great-grandchildren; several nieces and nephews. Mr. Phillips was predeceased by a brother, Tony Phillips. There are no services planned at this time. Memorial contributions may be made to a charity of one’s choice. Arrangements are by Aldous Funeral Home in Rutland.

Thank you John for the respect and guidance you gave me in my life. Thank you for being a good person and friend to my mother. You are going to be missed by many. God Bless.