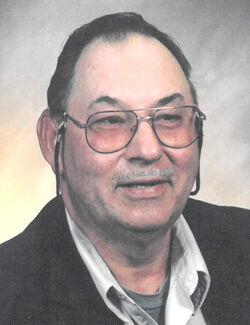 Jon C. Rigg Sr. BRIDPORT — Jon C. Rigg Sr., 84, died Saturday, May 1, 2021, at his residence, after a long illness. He was born Feb. 11, 1937, in Bowling Green, Ohio, the son of Emerson and Martha (Carter) Rigg. He graduated in 1956 from Cridersville (Ohio) High School. After graduation, Mr. Rigg enlisted in the U.S. Marine Corps and was stationed at Paris Island, South Carolina, and Camp Lejeune, North Carolina. After military service, he helped establish the family farm in Bridport. He had worked at the Weeks School in Vergennes and then became co-owner of Champlain Sales in East Middlebury. He was a member of Morning Sun Lodge #5 F&AM of Bridport. Survivors include his wife, Sally (Spaulding) Rigg of Bridport, whom he married Sept. 15, 1962; a son, Jon C. Rigg Jr.; a granddaughter; a brother, Joe Rigg, and a stepbrother, Flip Harby; an aunt, several nieces, nephews and cousins. A celebration of his life with Masonic services will be held at a later date. In lieu of flowers, memorial contributions may be made to Addison County Home Health & Hospice, P.O. Box 754, Middlebury, VT 05753; or Homeward Bound Addison County Humane Society, 236 Boardman St., Middlebury, VT 05753. Arrangements are by Sanderson-Ducharme Funeral Home. For online condolences, visit www.sandersonfuneralservice.com.