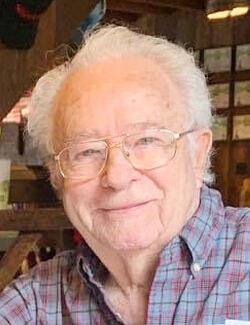 Kenneth J. Horne RUTLAND TOWN — Kenneth J. “Ken” Horne, 82, died Nov. 15, 2020, at his home in Rutland Town, Vermont. Born in 1938 in Brockton, Massachusetts, to Bertram R. and Evelyn A. (Walsh) Horne, Ken graduated from Brockton High School in 1956, earned an associate degree from Boston’s Bentley College in 1958, and a B.S. from the same school in 1966. While in college, he also served in the U.S. Army Reserves. On Sept. 12, 1964, he married Rhoda H. Elliot in Brockton, Massachusetts. They lived in Hanover, Massachusetts, then Bridgewater, Massachusetts, until moving to Hamden, Connecticut, in 1973. In 1980, they and their three daughters relocated to Rutland Town, Vermont, where Ken took on the position of assistant controller at the Vermont Marble Co./Pleuss Staufer Industries Inc. in Proctor. Before and after that time, he held management positions in the finance departments of Howard Johnson Co., Taylor Management, The Woods at Killington, Stratton Mountain Resort and Quechee Lakes Resort. A quiet, private person, Ken enjoyed photography and reading mystery novels, and was a devoted fan of auto racing. An avid model railroad builder, he took great pride in showing friends and family his latest train displays, which took up much of the basement of his home. Ken will be sorely missed by his daughters, Jacqueline Horne and her husband, Keith Smith, of Cambridge, Massachusetts, Jeannine Horne Lagasse of Rutland, Vermont, and Jamel Golden and her husband, Barry, of Morrisonville, New York; and by his four grandchildren, Jakob Lagasse, Leo and Rocco Golden, and Madelaine Horne Smith. He was predeceased by his wife, Rhoda, in 2012; and his younger brother, Richard Horne, in 2014. A private funeral service and burial in Cheney Hill Cemetery will be held at the convenience of the family. Donations, in lieu of flowers, may be made to Vermont Special Olympics, 16 Gregory Drive #2, South Burlington, VT 05403. Arrangements are by Tossing Funeral Home.