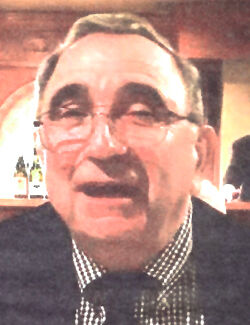 Maurice A. Quesnel BRANDON — Maurice Adrien Quesnel, age 80, passed peacefully, following a short illness, on Saturday, Sept. 11, 2021, at his home in Brandon. Mr. Quesnel was born in Shoreham on June 21, 1941. He was the son of Lucien and Dorothy (Desrocher). He grew up in Shoreham and received his education in Shoreham and Orwell schools. In his earlier years, he had worked the family farm. He later spent 35 years at the Shoreham Apple Co-Op. After their closing, he joined the staff at Vermont Apple in Westminster for the next five years. He was a veteran of the United States Army and was honorably discharged as a Sergeant in 1969. He retired just this year following more than 20 of service, in the maintenance department at the Loretto Home. He enjoyed camping, playing horseshoes, woodworking and finish carpentry work. He loved animals and his tractors. He is survived by his wife, Judith Carol Quesnel, of Brandon, whom he married in St. Mary’s Church in Brandon on Nov. 7, 1964; three daughters, Deborah L. Hough, of Rutland, Holly B. Cutler, of South Norwalk, Connecticut, and Pamela L. Quesnel, of Pittsford. Three grandchildren, a niece and several cousins also survive him. He was predeceased by his parents and a sister, Sylvia Young. The graveside committal service and burial, with military honors, will take place on Saturday, Sept. 18, 2021, at 1 p.m. in Pine Hill Cemetery in Brandon. Rev. Maurice Moreau, pastor of St. Mary’s Catholic Church in Brandon, will officiate. Memorial gifts, in lieu of flowers, may be made in his memory to The Loretto Home Recreation Fund for the Residents, 59 Meadow St., Rutland, VT 05701; or to Rutland County Humane Society, 765 Stevens Road, Pittsford, VT 05763. Arrangements are under the direction of the Miller & Ketcham Funeral Home in Brandon.

He leaves behind a fine family. I'm very sorry for their loss.

I worked with Judy at the clinic. I am sorry to hear of her husband’s passing. My condolences to to Judy, Pam and Lucas.