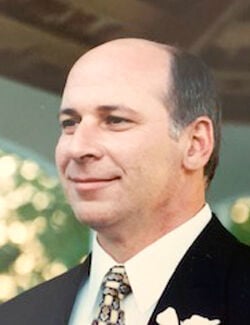 Michael J. Hermann CLARENDON — There will be a lot more laughter in heaven now that Mike Hermann has arrived. He was a gentle, generous soul who embarked on his heavenly journey with his loving wife, Deb, by his side. Michael, 72, passed away peacefully on Nov. 18, 2021, at Brookdale Fillmore Pond in Bennington. Michael was born on Sept. 29, 1949, in Brooklyn, New York, to the late Philip and Helen (Izzo) Hermann. He was raised and educated in Brooklyn and his late grandmother, Carmelitta "Granny" Izzo, played a large role in his life. She held a very special place in his heart. Michael began his life of public service at the young age of 17, when he enlisted in the U.S. Army. He trained as a telephone and radio communications specialist, serving two tours of duty in Vietnam. He was honorably discharged in 1969. Upon his return to civilian life, Michael gained employment as a switchman for New York Telephone Co. In 1973, he joined the ranks of the NYPD, where he received extensive training in many aspects of police work. He had several investigative roles over the years and worked his way up to Detective in the homicide division in Manhattan. Following his retirement from the NYPD, Michael continued his career as a Special Deputy U.S. Marshall, providing security for federal courts in New York and then Vermont, where he retired in 2012. Michael met his wife, Deb, in Vermont. They married in 1996. He was a loving step-dad of three and step-grandfather of nine. Michael was always at the center of our family get-togethers and holidays. We have so many fond memories of sitting around the table, sharing good food, and laughing until our sides ached. Many phone conversations with family and friends would start with a laugh from Michael and it was contagious. Amazingly, his 10-year battle with a memory disease did not take away his ability to laugh. When many times words failed him, you could easily get him to laugh. That was a blessing for all of us who loved him. Being the gentle soul who he was, Michael was also an animal lover. He had two rescue cats that were very special to him; Rocky and Princess hopefully were there to greet him upon his arrival in heaven. Michael was extremely fortunate to have found another true family in his caregivers and staff at Brookdale Fillmore Pond in Bennington, Vermont, where he was lovingly cared for over the past four years. He received the attention he deserved and you could see in his eyes how important they all were to him. Once again, he made his way into the hearts of those who knew him. Everyone will miss his indomitable spirit. Michael was preceded in death by his parents, Philip and Helen (Izzo) Hermann, of Brooklyn, New York; and his brother, William Hermann, of Brooklyn, New York. Loving survivors include: Stepchildren, Amy Mayhew (Chris King), of Clarendon, Vermont, Seth Bridge (Jesse), of Mendon, Vermont, and Kelley Crawford (Zac), of Bear, Delaware. Step-grandchildren, Roland, Dillon, Eliza, Annabelle, Collin, Kinley, Chase, Charlie and Carter. Two sisters, Diana Hermann-Boozarjomehr, of Flushing, New York, and Helene Demas (Michael), of Brooklyn, New York. Brothers, Philip Hermann (Janice Meckstroth), of Melrose, Massachusetts, and Richard Hermann (Antoinette), of Brooklyn, New York. Niece, Arielle Demas, of Brooklyn, New York. Nephews, Richard Hermann (Lisa), of Howard Beach, Queens, New York, and Christopher Hermann, of Brooklyn, New York. Great-nephews, Richard, Anthony and Nicholas Hermann, of Brooklyn, New York. Sisters-in-law and brother-in-law, Cindy Healy, of West Rutland, Vermont, and Cathy and Mickey Caliguiri, of West Rutland, Vermont. As well as several nieces and cousins. There will be no services at this time. A celebration of Michael’s life will be announced in the spring of next year. Memorial donations may be made to Rutland County Humane Society, 765 Stevens Road, Pittsford, VT 05763; or a charity of your choosing. Arrangements are under the direction of the Clifford Funeral Home.