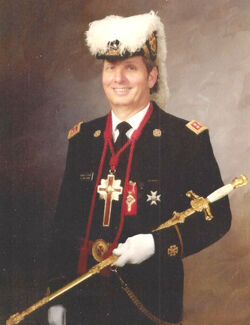 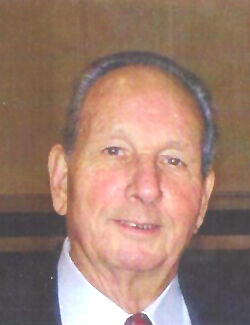 Morris G. Tucker RUTLAND — Morris Gwynn Tucker, aged 96, of Rutland, Vermont, died at his home on April 2, 2021. Morris, better known as “Mo,” was born in Michigan Valley, Kansas, on Jan. 30, 1925, son to Frank and Opal (Walker) Tucker. He was a WWII veteran, having served in the famed 81st Division, 322nd Infantry in the Pacific Theater, receiving numerous citations and commendations. Following discharge, Mo worked rehabilitating his disabled peers at Winter General Hospital in Topeka, Kansas, where he met his future wife, Martha “Pat” Curtis, R.N. From there, Mo went on to air conditioning school in Chicago, Illinois, for two years, then he moved to Vermont. Pat finished up her six-month Veterans Administration training in Kansas and moved home to Vermont where she was employed by the Rutland Hospital, then located on Nichols Street. On Oct. 22, 1948, they were married in the Rutland Congregational Church. Mo worked at Howe Scale and later, at the 3M Co. from which he retired in 1987. Mo enjoyed the camaraderie of his many friends, making new ones with ease. He was a people-person, known for his humor and dry wit – always ready with a joke or story to tell. Deeply involved with the Masonic Order, Mo served as Past Master of Rutland Lodge #79 and head of both the Rutland and the Vermont State York Rite bodies and was Past Director of the Cairo Shriners, A.A.O.N.M.S. In 2003, he was proclaimed the District #4 Citizen of the Year by the Vermont Freemasons in recognition of his superior achievements in local community service activities. Locally, Mo served both on the board and as president of the Rutland Historical Society from 1993–1996. He enjoyed researching the history of Rutland and could often be found poring over the old Rutland Herald newspapers stored at the society facility. Additionally, he functioned as superintendent of the Vermont State Fair Farm Museum where he was responsible for the upkeep of the antique farm buildings and their equipment. He was a member of Grace Congregational Church UCC and a regular attendee of the church's Wednesday Men's Lunch Group at the Holiday Inn. He also served Grace Congregational Church as senior deacon, head usher, co-chair of the property committee and deacon emeritus. Mo was preceded in death by his parents, Frank and Opal Tucker; in-laws, Edward and Lucile Curtis; brothers, Charles “Lewis” Tucker, wife Esther and son Steven Brent, and Marlin Wayne Tucker and wife Irene; sister Bernice Bulmer and husband Drexel; grandson Matthew Wingfield; and sister-in-law Sarah Curtis. Survivors include his wife of 72 years, Martha “Pat” Curtis Tucker; daughter Sarah Lucile Carvey; son Thomas Curtis Tucker and partner Wael Samir Taha Abdelaty; granddaughter Jennifer Lynn Carvey; brothers, Gary Edward Tucker, wife Sharon (Thompson), their daughters, Melanie, Carrie and Rosa Ruvalcava and family, Ronald (Bruce) Tucker, wife Caroll (Throm), their daughters, Brenda and Shelli; nieces, Cynthia Tucker Eubanks, Marla Kay Tucker Lavin, husband Fred, their daughter, Kelsey; and nephew Douglas Tucker. The memorial service will be held Saturday, July 17, 2021, at 11 a.m. in Grace Congregational United Church of Christ, with the Rev. Dr. Alberta Wallace, pastor, and the Rev. John Sanborn, co-officiating. Following the service, a reception will be held at the Franklin Conference Center, 1 Scale Ave., Rutland, Vermont. The family wishes to thank Terry O'Connor, Rose Lacascio, Shirley Davis, Art Pivin and Cindy Senecal, RN, for the assistance and care they provided for Mo and his family. Memorial contributions may be made to the Foley Cancer Center, 160 Allen St., Rutland, VT 05701; Knights Templar Eye Foundation Inc., 1033 Long Prairie Road Suite 5, Flower Mound, TX 75022; or the Rutland Historical Society, 96 Center St., Rutland, VT 05701. Tossing Funeral Home, 39 Washington St., Rutland, Vermont, is assisting the family with arrangements.