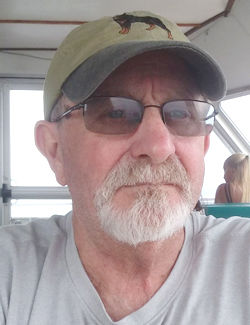 Patrick B. Pillon WEST RUTLAND — Patrick B. Pillon, 72, died April 15, 2020, at UVM Medical Center after a brief illness. He was born in Rutland on July 28, 1947, to Bernard and Josephine (Gallo) Pillon. Pat was a member of St. Peter Parish and graduated from MSJ in 1965. He also served in the Vermont National Guard for six years. On July 6, 1968, Pat married the love of his life, Dale (Horner) Pillon. They raised three sons together. Pat was employed as a salesman for Farrell Distributing, working for 36 years until his retirement. There, he was known as “The Legend” of Farrell’s. Pat coached Little League, high school baseball and umpired adult softball games. He also played many years in the men’s softball league. When he wasn’t coaching one of his sons’ or town sports teams, he was always on the sidelines, watching and offering support. When his boys grew up and had their own children, Pat was always traveling to his grandchildren’s games. Family, baseball and the New York Yankees, were his life. Pat enjoyed jeeping, bowling, vacationing with family, mowing his lawn, camping, playing a good game of horseshoes, and sitting around a fire with a nice cold beer (a brand that he sold, of course). Survivors include his wife, his sons, Jeffrey (Tammy) of Pittsford; Jody (Lisa) of Bristol and Jason (Jenn) of Rutland; grandchildren Eric, Jakob, Nikki and Hayden; great grandchildren Lily, Kristopher, Lexi and Cooper; sister Joanne (Mark) Ladabouche of Florida; several nieces, nephews and family. His parents; his sister, Dolores; and a grandson, Christopher, predeceased him. A Celebration of Life will be held at a later date. Arrangements are under the direction of Clifford Funeral Home. In lieu of flowers, memorial contributions can be made to Rutland County Humane Society.

Those we hold most dear never truly leave us. They live on in the kindness they showed, the comfort they shared and the love they brought into our lives. You were an old friend and fellow alum from MSJ. Godspeed to you .

( above entry from Lucy Notte)

Deepest sympathy to Dale and the family. I worked with Pat many years ago and he was a great person .