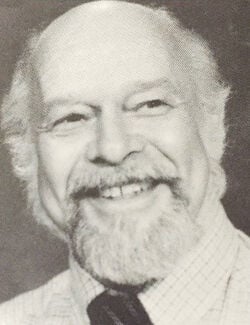 Peter H. Schoffstall DORSET — Peter H. Schoffstall passed away on July 24, 2022 due to complications from Alzheimer’s at the age 90. He had lived in East Dorset, VT for the past 61 years. He had been under the care of the doctor and nursing staff of the Rutland Regional Medical Center for the last month. Peter was born in Reading PA to E. Martz Schoffstall and Alice Hagar Schoffstall. He attended elementary and high school in Burlington, VT where he lived with his mother after his parents divorced. He went to a junior college in PA for two years before enlisting in the Army where he was ultimately stationed in Germany during the Korean Conflict. Upon returning home he began studies at UVM where he received a BA in English, discovered a love for theatre and met the love of his life Claire Enid Weber. Peter and Claire married on December 2, 1958, while still attending UVM. He went to school while working for short periods at both WCAX TV and the Burlington Free Press as a reporter. After graduation they moved to Rutland, VT for a brief time where he worked as a reporter for the Rutland Herald as they started a family. They then moved to East Dorset, VT to be close to Claire’s mother and father. Soon after this Peter secured his first teaching position at Black River High School in Ludlow starting his lifelong career as a teacher. The next year he got a teaching position at Burr and Burton Seminary. Beside a seven-year stint teaching at Fair Haven Union High School, Peter returned to Burr and Burton to finish his career in 1994. Peter had an intense love of theater and teaching. He was involved with many productions at all schools where he worked as well as the Dorset Playhouse and Southern Vermont Art Center. Peter was predeceased by his wife Claire in 2008. Surviving family includes his children Duncan and Margot of East Dorset, and Jason and Gregory of Manchester. Cousins Jon Hagar of Hot Sulphur Springs, CO, and Peter C Hagar of Spring Valley, OH. The family would like to thank the nursing staff at RRMC’s 3rd and 5th floors for all they did for Peter during his stay there. There will be no calling hours at Peter’s request. In lieu of flowers please donate to the Alzheimer’s Association c/o Brewster-Shea Funeral Services PO Box 885 Manchester Center, VT 05255. To send personal condolences, please visit www.sheafuneralhomes.com.

Peter was one of my most favorite teachers at FHUHS in the early 70’s. I was in his production of Brigadoon and The Crucible. I have such wonderful lifelong memories of that class and those productions. He was such a fun teacher.

My heartfelt condolences to all of his family.

I was a student of Mr. Schoffstall at FHUHS in his "Introduction To Speech" class. He was a great teacher. Glad he lived a long life. My thoughts and prayers to his family. Scott Dimick.

RIP , I Recall many trips to Dorset to his home, all back roads, BRHS days , We will remember him as a good teacher ! Our condolences to his family !