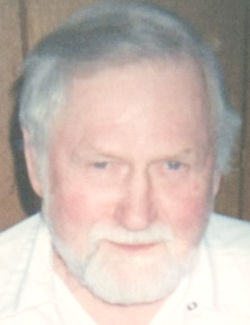 Ralph Elwin Fuller Jr. RUTLAND — Ralph Elwin Fuller Jr., 83, died Feb. 5, 2020, at Rutland Regional Medical Center. He was born March 19, 1936, in Ludlow, the son of Arettia (Dumocuhel) and Ralph Fuller Sr. He graduated in 1953 from Wallingford High School. Mr. Fuller served in the U.S. military. He was employed as a delivery driver at Rutland News for many years, in the bakery at Price Chopper, and then at Dunkin Donuts until his retirement in 2016. He was a member of the Loyal Order of Moose and the American Legion. Mr. Fuller enjoyed going to flea markets, fishing, playing bingo and gardening. Survivors include a son, Ralph E. Fuller III of Wells, a sister, Florence Blackmer of Rutland, a grandson, a great-grandson; and two nieces. Private burial will be at a later date in Greenhill Cemetery. Memorial contributions may be made to Rutland County Humane Society, 765 Stevens Road, Pittsford, VT 05763. Arrangements are by Aldous Funeral Home.