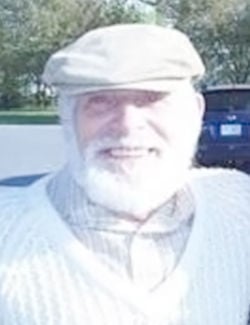 Richard Edwin Pelkey CHITTENDEN — Richard Edwin Pelkey, 81, a longtime resident of Chittenden, died Saturday, May 9, 2020, at his residence. He was born on July 8, 1938, in Shrewsbury, Vernont, the son of Herbert and Dorothy (Allen) Pelkey. He attended Shrewsbury Elementary School and then Rutland High School for a brief time. He married Dorothy Brown on Oct. 7, 1962. Richard was employed by General Electric of Rutland. He had been a member of the Vermont National Guard and a volunteer fireman in Chittenden for a long period of time. Survivors include his wife; two sons, Herbert (Patricia) and Damon Pelkey, both of Chittenden, and a daughter, Juanita Richard (Jeffrey Davis) of Deerfield, New Hampshire; grandchildren, Caitie and Nash of Chittenden, Marie of Rutland, Kati of Brandon, Austin of New York City and Celia (James Kilby) of England. He is also survived by a brother, Donald; a sister, Beverly; and nieces and nephews. He was predeceased by his parents and three brothers, Raymond, Oscar and Charles. Per Richard’s wishes, there will be no public services. Arrangements are through the Barnard Funeral Home, 3186 U.S. Route 7, Pittsford, Vermont. Memorial contributions may be made to BAYADA Hospice, 190 South Main St. Suite 2, Rutland, VT 05701; or to the Chittenden Volunteer Fire Department, 266 Chittenden Road, Chittenden, VT 05737.

Our thoughts and prayers are with you all. Dick always had a smile on his face when I would see him and I will remember him for that. Take care. Bruce Cook