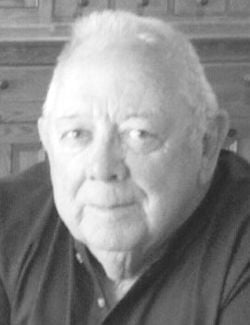 Richard “Richie” Wyman SPRINGFIELD — It is with a heavy heart we announce the passing of Richard “Richie” Wyman, 86, of Springfield, Vermont. He passed away peacefully on June 27, 2020, after a hard fight against cancer. An honored citizen, and extremely proud to serve in the community of his hometown, he was born on Feb. 7, 1934, in Springfield, Vermont, the youngest son of Oliver and Marguerite Wyman. He lived a full and happy life surrounded and supported by his loving wife, family and friends. Richie was a devoted husband, father, grandfather and great-grandfather. He loved the outdoors, was an avid fly fisherman and hunter, and a passionate Red Sox fan. After graduating from Springfield High School in 1952, where Richie excelled as a three-sport lettered athlete, he went on to play baseball at Springfield College (Massachusetts) as the first in his family to attend and graduate from college in 1956. Richie married his beloved wife, Phyllis Chico, in 1956 prior to serving overseas in the United States Army until 1958. Upon completing his service duties, he began his career as a teacher and coach in Penacook, New Hampshire. They soon returned to Springfield where they would raise their family and Richie would serve his community as teacher, coach and mentor until his passing. He touched so many people with his warmth, guidance and encouraging words, while holding his students, friends in the community and townspeople close to his heart. At both the junior high and high school, Richie taught physical education from 1960 to 1984, and additionally taught many of his students how to drive as a Driver’s Ed teacher while taking great pride in being cautious. “Coach” as he was fondly called, was best known for coaching basketball and baseball during his career, but also spent time coaching football and track in his early years in the school system. Richie coached basketball for 24 years at Springfield High School (1960-1984). He won a state championship in baseball in 1980, was inducted into the Vermont Basketball Coaches Association Hall of Fame in 2007, and the inaugural class of the Springfield High School Athletic Hall of Fame in 2019. In 2013, he was bestowed the honor of having the baseball field renamed the Birsky-Wyman Field. His combined record (286-234) in both sports is accompanied by the deep respect he received by his coaching peers in both sports. Richie’s basketball and baseball teams were always tenaciously prepared, and brought great pride to the town he loved. During his time, he was known to have led a passionate group of students who instilled “Cosmos Pride” into the community, and took honor in mentoring his players and student body as his own. His greatest pride came from reconnecting with former students, and seeing the impact they made on the community. Richie is survived by his daughter, Sherry Hatt and husband Michael of Springfield, and his son, Jeffrey Wyman and wife Elizabeth of Naples, Florida. He is also survived by his special caregiver and friend of many years, Bonnie Shepard, and his sister, Geraldine Gardner. He greatly adored his grandchildren, Cody (Lisa) and Kyle (Jackie) Hatt, Sophie and Emily Wyman, and his great-granddaughter, Lyla, and took great pride in being a part of their lives. During his retirement years, he devoted his time as an avid volunteer for Habitat for Humanity and The American Red Cross: Building homes, mentoring underprivileged kids, and lending a helping hand and ear whenever he can, Richie was a true son of Springfield and made an impact on this community. He will be greatly missed. The family would like to thank Dr. Mark Hamilton, the Springfield Medical Care System, Dr. Craig Rinder and staff at Brattleboro Memorial Hospital Urology Center, and Dartmouth-Hitchock Medical Center for providing excellent medical care over the years. In lieu of flowers, please send donations to the Springfield Parks & Recreation Department earmarked for enhancing youth baseball in memory of Richie. Please feel free to drop off cards and sign the guest book outdoors at Davis Memorial Chapel from 10 a.m.-5 p.m. on Thursday, July 2. Remaining within your vehicle, please wear a mask and maintain social distancing. Members of the family will be in attendance between 10 a.m.-12 p.m.

Please accept my sincere condolences. I am very sorry. I have many fond memories officiating Basketball games while Richie was at the helm.

"Coach" was a very special man. He was my favorite person to see everyday @ the store.My deepest Sympathies go out to the entire Wyman family.RIP my friend