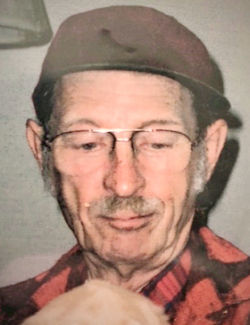 Robert D. Perry RUTLAND — On Wednesday, March 25, 2020, Robert D. Perry passed away at the age of 81. Bob was born on May 7, 1938, in Cavendish, son of the late Morrill and Gladys (Willis) Perry. He worked at General Electric for close to 40 years, starting first in the shop in Ludlow before transferring to the Rutland location. He was very proud of his work at GE and of the many friends he made working there. Bob also served with the Vermont National Guard for 15 years. While in the Guards, he learned to cook which became a lifelong pleasure. He was honored to service his country. Bob volunteered for many years at the Vermont State Fairgrounds in the Sugar House, sharing his passion for this Vermont tradition of maple sugaring. During his retirement years, Bob worked at the Town of Shrewsbury Transfer Station. He enjoyed meeting the local residents, sharing stories, and helping to recycle. Bob enjoyed the outdoors and a great lover of animals. He was an avid gardener with a green thumb. His vegetable garden was large. As soon as he harvested, Bob would then begin his deliveries to visit family and friends to share both his vegetable bounty, and a story or two. He enjoyed growing heirloom vegetables and trying new varieties. He was happy to grow the favorites of his friends and family. If you mentioned you liked something, it was in the garden the next year. Bob had his own small apple orchard and enjoyed making cider in the fall. For over 50 years Bob was a sugar maker. He looked forward to the spring tap, gathering buckets, canning and making his delicious maple crème and candy. As a young man, Bob enjoyed deer hunting and looked forward to being out in the woods. Bob loved to fish. This love of fishing started as a boy and lasted throughout his life. He made countless trips to Maine, the Great Lakes and Lake Champlain, pulling his boat behind and spending many pleasurable hours with his rod and reel and friends on the lake. Bob enjoyed a great fishing trip to Alaska, where he found the salmon were even bigger, as well the stories that followed. He is survived by his wife Ruth Anne (Williams) Perry, of Rutland; his brothers Emmett and wife Rogene Perry, of Rutland; and Kyle and wife Nancy Perry, of Mount Holly; as well as his beloved nieces, nephews, grandnieces and grandnephews. A Celebration of Life will be held at a later date. Burial will be at a later date in the East Clarendon Cemetery. Memorial contributions may be made to the Shrewsbury Community Church, C/O Aldous Funeral Home, 44 North Main St., Rutland, VT 05701.

I’m sorry we won’t be seeing Bob at the the transfer station any longer. He was such a friendly man. My husband and I were talking about him just yesterday. Our condolences to his family and friends.