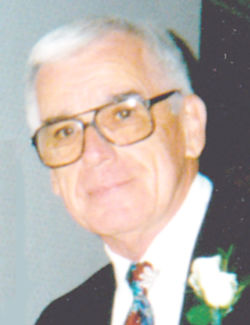 Robert David Tyndall Sr. RUTLAND — Robert David Tyndall Sr., 93, of Grand Oaks in Palm City, Florida, formerly of Rutland, passed away on May 4, 2020, in Stuart, Florida. He was born in New Rochelle, New York. He had been a resident of Florida for 17 years, coming from Rutland, Vermont, where he was plant manager at Tampax/Tambrands, retiring in 1987. During World War II, he served in the U.S. Navy on an aircraft carrier in the Pacific. After the war, he married and graduated from Stevens Institute with a BS in Mechanical Engineering. Robert is survived by his wife, Patricia; son, Robert Tyndall Jr., of Norristown, Pennsylvania; daughters, Kathleen Roberts of Hobe Sound, Florida, Janis Maderik of Ocean View, Delaware, and Virginia Lee Jordan of Poultney, Vermont; 10 grandchildren and 13 great-grandchildren. He had an abiding faith in the Grace of His Lord and Savior Jesus Christ. A memorial service will be announced at a later date. Arrangements are under the direction of the Treasure Coast Seawinds Funeral Home, Stuart, Florida. There is an online registry at: www.treasurecoastseawinds.com.