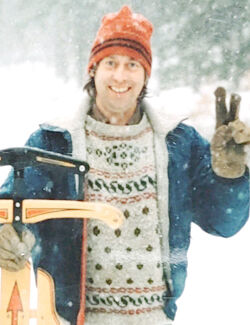 Scott Andrew Velsor SOUTH LONDONDERRY — Scott Andrew Velsor, 71, devoted father, passed away at the Manchester home of his daughter on Tuesday, July 21, 2020, after a brief illness. A longtime resident of South Londonderry, Vermont, Scott was born July 10, 1949, in Port Chester, New York. He grew up in Byram, Connecticut, where he attended Byram School, Western Junior High, and then graduated from Greenwich High School in 1967. The summers of Scott’s youth were spent in Kent, Connecticut, with his three siblings and relatives from Pennsylvania at the home of their grandparents, Elva and William Velsor. This was a treasured time in Scott’s life when he enjoyed many adventures in the country with a large group of cousins and local friends. He often returned to Kent throughout his life, staying at the beloved family home in Macedonia until it was sold in 2018. After high school, he worked as an apprentice to electrician Frank Augustine of Byram, before being drafted into military service in 1969. Scott was a combat veteran of the Vietnam War and was honorably discharged from the Army on Aug. 7, 1971, a day he often described as “the best day of my life.” After completing his military service, he joined his older brother in Vermont to pursue work as a carpenter. He later moved to northern California for a few years until he returned to southern Vermont where he lived and worked for the rest of his life. He married Karen Murphy in 1982, and they had one daughter, Chelsea Kerry Megan Velsor, born in 1989. He built their family home in South Londonderry, Vermont, as well as a new home for himself after they went their separate ways. He was known as a master carpenter who was often sought after for his expertise and advice. Scott had a great appreciation for the character of old buildings, antiques and collectibles. He loved sports cars and was the proud owner of a 1959 Triumph TR3A. He was an avid collector of coins throughout his life and always kept an eye out for special stones to build stone walls and walkways. He loved collecting license plates most of all, a passion for which he was well-known. He used to say, “the fun was in the hunt.” He also spent many hours over the years playing his 1969 Martin guitar. He enjoyed reading, particularly histories and biographies, and routinely read three newspapers a day. One of his favorite activities was going out to dinner with friends and family at local restaurants. He was well-known for his kindness, generosity and unique sense of humor. Scott is survived by his daughter, Chelsea Velsor of Manchester, Vermont; his sister, Joan Petrillo of Rochester, Vermont; his brother, Douglas Velsor and wife Kathleen of Bondville, Vermont; his nieces, Adrienne and Justine Petrillo of Boston, Massachusetts; his nephew, Timothy Velsor of Townshend, Vermont; and beloved cousins in Pennsylvania and Connecticut. He was predeceased by his eldest sister, Susan Velsor, and niece, Emilie Velsor. No service will be held at this time; a celebration of Scott’s life will be held on his birthday next summer. Cards of condolence can be sent to Chelsea Velsor at 294 Three Maple Drive, Manchester, VT 05255.