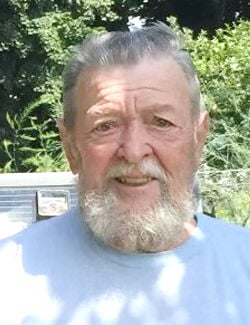 Stanley J. Mitowski RUTLAND — Stanley J. Mitowski, 91, passed away on Monday, Jan. 10, 2022, at Rutland Regional Medical Center. He was born in Florence, Vermont, on March 1, 1930, the son of the late Thomas and Mary (Sutkowski) Mitowski. He served in the United States Marine Corps. He was a Korean War veteran. He was employed by General Electric as a machinist for 37 years and retired in April of 1993. He enjoyed being outside gardening, hunting and fishing. He enjoyed doing woodworking and liked to make furniture, rocking horses, wooden toys and doll furniture. Stanley also loved to cook, make homemade jelly and spend time with his family. He was involved in the Knights of Columbus and the Rutland American Legion. He is survived by his wife, Edna (O’Byrn) Mitowski; his six children, Thomas Mitowski (Laura), of Rutland, Vermont, Michael Mitowski (Young), of Portland, Oregon, Ann Marie deVillafane (Scott), of Gardner, Massachusetts, Kevin Mitowski, of Portland, Oregon, Christopher Mitowski, of Rutland, Vermont, and Mary Mitowski, of Portland, Oregon; five grandchildren, Gabriel, Kyle, Kennedy, Collin and Kylie; and one great-grandchild, Ezra. He was a member of St. Stanislaus Kostka Church in West Rutland. A Mass of Christian burial will be celebrated at St. Stanislaus Kostka Church in the spring. There are no calling hours. Arrangements are under the direction of Clifford Funeral Home in Rutland. Expressions of sympathy may be made in Stanley’s name in the form of a donation to St. Stanislaus Kostka Church or the Rutland Regional Medical Center, Palliative Care Department.

Edna so sorry for the loss of the Stan. Not sure if you remember us from church but we used to visit with each other there. Hope you are staying well with this covid virus.We are well in Fl. for the winter as usual. He will be sadly missed. God Bless and stay well. Prayers are with you all at this time. ~~~ Neil & Sheila Crossman

My condolences to the family and friends. Stan and I shared the same birthday 🎂. May he be greeted with open arms to the next journey of human life. RIP Stanley, Musky

My deepest sympathies to the Mitowski family. Please accept my condolences.

Another great one is gone! Stanley was an awesome Man, Husband, and Father that will be greatly missed.

I am so sorry for your deep loss. I'm sending comforting energy to all of you.