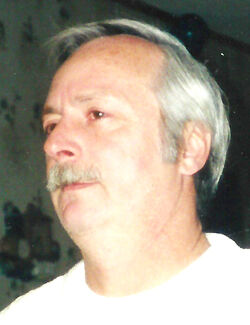 Thomas Arthur Scheck, Sr. BRANDON — Thomas Arthur Scheck Sr., 69, passed away Thursday, Oct. 15, 2020, at the University of Vermont Medical Center. Tom was born in Paterson, New Jersey, on March 6, 1951. He was the son of August and Gene Scheck Sr. He grew up in Prospect Park, New Jersey, where he received his early education and graduated from Ramapo, NJ High School, Class of 1969. Following his education, he entered the U.S. Army National Guard and served for six years. He had worked in the family business in Hawthorne, NJ, with his brothers. He came to Brandon in 1985 and purchased Otter Valley Grocery in Brandon, and ran it for the next 17 years. He later worked as a chef at Sully’s Restaurant in Brandon for nearly a decade. Tom enjoyed playing golf at Neshobe Golf Club. He loved to fish, bowl and shoot pool. His hobbies were restoring old furniture and lawn ornaments for his family. He is survived by his wife; Anna (Arrigo) Scheck; who he married on April 19, 1975, his son; Thomas A. Scheck Jr., and one daughter; Jessica Marie Scheck-Reid and her husband Kyle, and brothers August and Bonnie, Gene and Diane, Neal and Francine, Harry and KC Scheck, and one sister; Evelyn McCord. Many nieces, nephews and cousins also survive him. He was predeceased by his parents August and Gene Scheck, as well as his brothers Robert, Paul, Kenneth, Joe Scheck, William Mastenbrook, and sister Amelia Scheck. Friends may call at the Miller & Ketcham Funeral Home in Brandon on Thursday, Oct. 22, 2020, from 4 to 6 p.m. Those wishing to pay their respects are ask to wear a face covering. The graveside committal service and burial will take place in the spring 2021, at Pine Hill Cemetery, in Brandon. Memorial gifts in lieu of flowers may be made, in his memory to Rutland County Humane Society, 765 Stevens Road, Pittsford, VT 05763 or to St. Jude’s Children’s Hospital, 262 Danny Thomas Place, Memphis, TN 38105. Arrangements are under the direction of the Miller & Ketcham Funeral Home in Brandon.