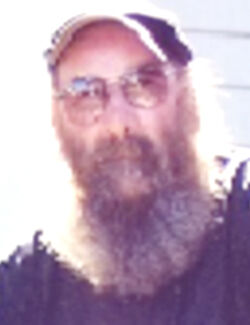 Thomas M. Nerney III STEPHENTOWN, N.Y. — Thomas M. Nerney III, 75, lost his battle with cancer at his home in the early morning hours of Sunday, Oct. 4, 2020. Born Dec. 16, 1944, to Daisy Ackert and Thomas Michael Nerney II, Tom grew up and graduated high school in Danby, Vermont, before entering the Navy in 1967 where he served in Vietnam. No matter where in the Northeast he lived, from New York to Maine, Danby is the place he called home. He held many jobs in carpentry over his lifetime and was known for his beautiful finish work. In the mid-'70s, Tom settled in New York where he managed Edgewood Acres Mobile Home Park and eventually ran his own park, Shamrock Village in Ghent. By the mid-‘80s, he opened Tom’s Baby Barns in New Lebanon. For most of his life, he owned and operated Shamrock Village Transporting out of New Lebanon and Stephentown where he eventually combined his talents to refinish and move older homes in the tri-state area. Tom will be remembered for his booming voice, strong work ethic, and love of friends and family. He loved taking long rides on his motorcycle and the many friends and family he rode with here, in Massachusetts, Vermont and Florida. He had a strong presence that drew people to him. Many a man to know and work for him has been thankful for the role of father-figure he played in their lives. Tom is survived by his wife, Sally Richardson Nerney; his children, Michael Nerney of Schenectady, Matthew Nerney of New Hampshire, Margaret Adams and Katherine Folsom, both of Maine; his stepchildren, Tanya Rathbun and Terra Chenail of Massachusetts; his sister, Patricia Sharon and her family of North Carolina, Vermont and Florida; and his many grandchildren and great-grandchildren. He was predeceased by his younger brother, Peter Nerney; and stepson, Travis DeRaps. Visiting hours are to be held from 1-4 p.m. Sunday, Oct. 11, 2020, at the Perry-Komdat Funeral Chapel, 2691 NY 43 at Glass Lake Averill Park. A celebration of life will be held at a later date. In accordance with mandated health guidelines, masks, social distancing and occupancy limits will be observed. Visit www.perrykomdat.com for directions and a private guestbook.