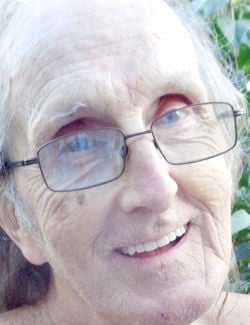 William H. Higgins CASTLETON — Bill Higgins, 71, of Castleton died peacefully with his wife by his side on Sunday, May 24, 2020, at the Rutland Regional Medical Center, following a long illness. He was born on March 25, 1949, in Rutland, the son of Henry O. and Helen (O’Rourke) Higgins. Mr. Higgins grew up in West Rutland graduating from the West Rutland High School in 1969. Following graduation, he enlisted in the U.S. Army serving with the 20th Engineer Brigade in the Vietnam War. He was honorably discharged in 1972. He married Beth Smith on May 17, 1986, in Castleton. Bill and Beth were soulmates and best friends. Mr. Higgins was employed at Metromail for 35 years until his retirement in 2007. Bill enjoyed riding his motorcycle, collecting giraffes and being out in nature. He loved all of his furbabies through the years, especially his dog, Marley. Bill was loved for his wit and sense of humor. He was active in veterans affairs, attending the Fair Haven POW/MIA Thursday night vigil for many years. He was a life member of the Vietnam Veterans of America Chapter #1, a member of Castleton American Legion Crippen-Fellows Post #50, also Harley Owner's Group and a former active member of several motorcycle clubs. Survivors include his wife, Beth of Castleton; a sister, Betty Bosma of Williston; his mother-in-law, Anna Smith of Castleton; father-in-law and his wife, Milton and Dottie Smith of Middle Granville, New York; several cousins, nieces and nephews. Friends may call on Sunday, May 31, 2020, from 12 noon until 2 p.m. at the Durfee Funeral Home, 119 North Main St., Fair Haven. A funeral service will be held at 2 p.m. at the funeral home. Burial with military honors will follow in the Mettawee Valley Cemetery in Pawlet, Vermont. In lieu of flowers, memorial contributions may be made to the Rutland County Humane Society, 765 Stevens Road, Pittsford, VT 05763; or to the Fisher House Connecticut, 950 Campbell Ave., West Haven, CT 06516.