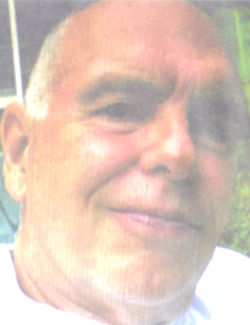 Wilson J. "Bill" Simonds WHITING - Wilson John Simonds “Bill,” 88, passed away Sunday, March 29, 2020, at his home in Whiting. Mr. Simonds was born in Whiting on Dec. 25, 1931. He was the son of E. Rich and Frances (Keeler) Simonds. He grew up in Whiting where he received his early education and graduated from Brandon High School, Class of 1950. Following graduation, he spent the next four years in the U.S. Air Force, where he was a survival specialist stationed in Roswell, New Mexico. After his honorable discharge, he returned home to Vermont which he loved. Bill worked at a few jobs cutting trees for International Paper Company, working on the construction of Otter Valley Union High School, and then for 32 years at Polymers Plastics in Middlebury, where he retired from in 1993. Bill married Grace Baker on March 10, 1962. In 1964, they purchased Bill’s sixth generation family homestead of 130 acres, where they raised their children and continued to live. As a woodsman Bill enjoyed selective tree cutting of their woods to sustain the tree growth for their own wood supply. Bill had a great passion for flying and owned his own airplane in earlier years. He attended many air shows and would buy his children plane, helicopter and glider rides. He was an avid local deer hunter. He and his nephew Dan Ryan took the trip of his lifetime traveling to Canada for a successful dream caribou hunt. He was an avid reader and enjoyed this immensely throughout his retirement years, as well as outdoor work of tree trimming, mowing and wood cutting for himself and others. He was a member of the Whiting Community Church, and told his children that you need to believe in God and try to always do the right thing. He is survived by his wife; Grace (Baker) Simonds of Whiting, his four children and their spouses; three daughters, Marie and Dan Berry of Whiting; Michelle and Rick Lincoln of Colchester; Marlene Alden of Charleston, South Carolina; and one son; Mark and Tracy (Quenneville) Simonds of Whiting. He adored his 10 grandchildren and their spouses, Denise Berry, Adam (Heidi) Berry, Stephanie (Brandon) Mokris, Ross Lincoln, Matthew (Juliette) Berry, Kirstyn Simonds, Kacey Scheureman, Kaley Simonds, Kira Simonds and Rocco Alden. He also has three beautiful great grandsons, Emory and Callen Berry and Finn Mokris. He is also survived by three sisters and their spouses, Jane and Clayton Ryan; Marie and Bob Marcelle; and Julia Eagan; and two sisters-in-law and their spouses, Carol and Dick Bird; and Sue and Keith Puffenbarger; as well as many loved nieces, nephews and cousins. The family would like to thank Bill’s caregivers, Holly Nunn, Maria Hall, Art Clark and Penny Griffin-Kimball for providing excellent care for Bill and the family. This allowed Bill to live at home for many years, as was his wish, which otherwise would not have been possible. A private graveside committal service and burial will take place in the Whiting Community Cemetery. Memorial gifts in lieu of flowers may be made, in his memory to; Whiting Community Church, P.O. Box 95, Whiting, VT 05778. Arrangements are under the direction of the Miller & Ketcham Funeral Home in Brandon.