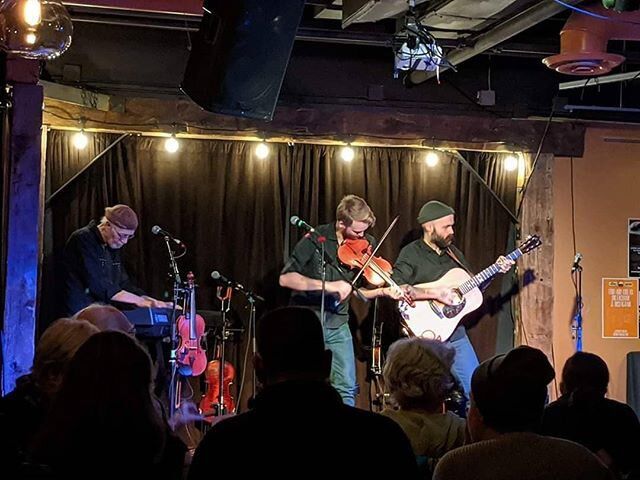 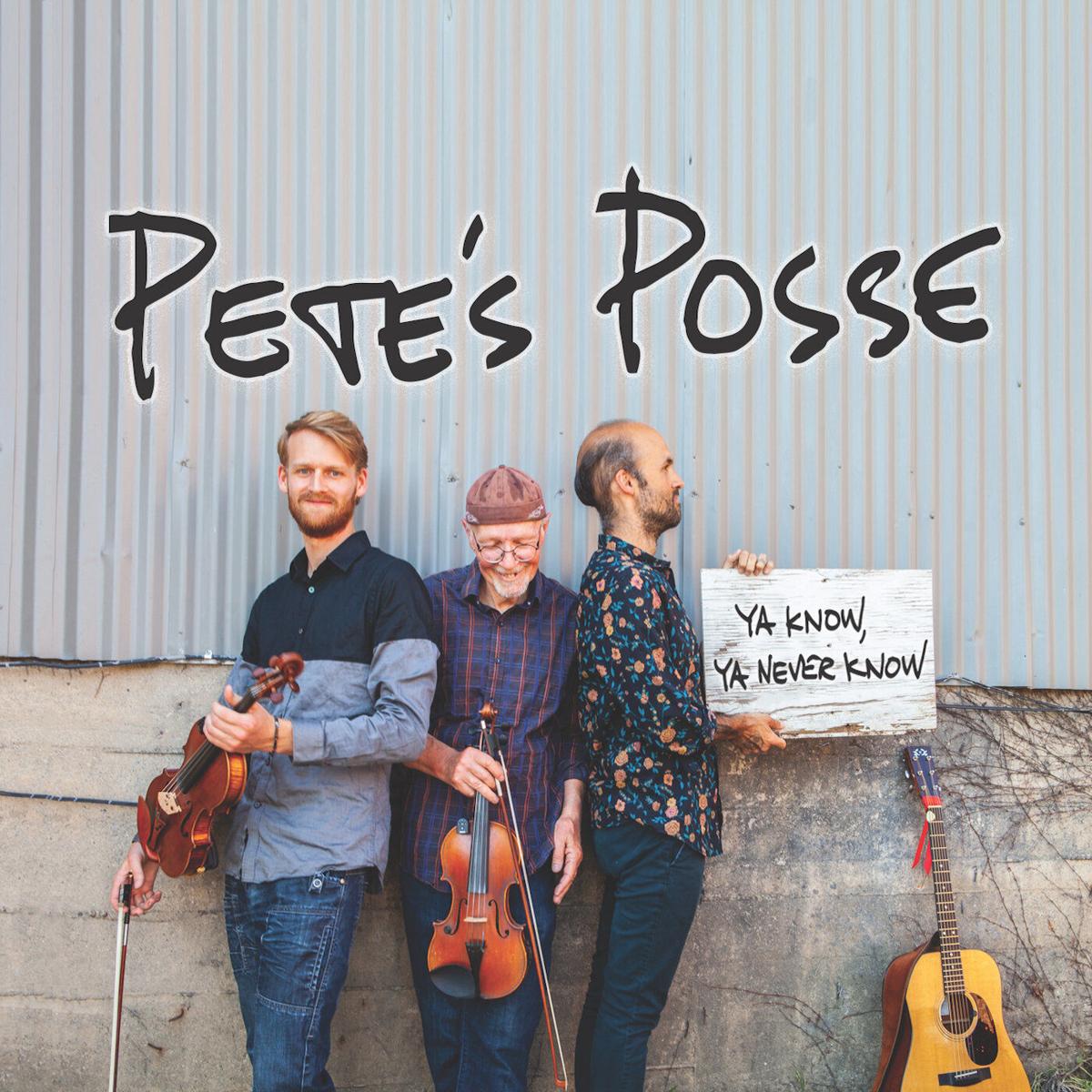 Pete’s Posse, the talented trad-roots trio, released a double album of instrumentals and songs at the end of last year that highlights the band’s growing stylistic repertoire and each member’s expanding musical skills.

“Ya Know, Ya Never Know” is a tour de force of traditional music that will fill up your musical plate with 23 songs, and more than 100 minutes of thoughtful music, enough to keep even the hungriest of music fans satisfied for a long time.

Led by Pete Sutherland, Vermont’s senior roots musician and producer, the Posse’s members, Tristan Henderson and Oliver Scanlon, have found their niche as a trio with so much talent and material that they have recorded an album that resonates with the music of a variety of styles. Between the rich instrumentals and the new songs, the outstanding array of instruments and their enhanced harmonies, the members of the Posse appear to be bursting with creativity and energy. This album is alive with the electricity generated in the performances.

The band has enhanced its already renowned reputation for its multi-instrumental approach, with fiddles, mandolins, guitars, keyboards and banjo, by adding players to the mix. They welcomed an impressive roster of guests. Appearances include some of Vermont and Quebec’s best instrumentalists, with Lee Blackwell on drums, Patti Casey on vocals, Tim Cummings on border pipes, John Dunlop on cello, Tim Foley on trombones and tuba, Chris Gribnau on trumpets, Alex Kehler on nyckelharpa, Alex Lacquement on string bass, Laura Markowitz on violin and Jeremiah McLane on accordion.

The album, recorded in 2019 and 2020 by Colin MaCaffrey in East Montpelier, was created in the shadow of COVID-19. With its extensive concert schedule wiped out the trio formed its own “pod” so they could concentrate on recording.

The material presented in these 23 tracks runs the gamut from the band’s road-tested concert favorites and its popular dance hall sets (the Posse is first and foremost a contra dance band) to a half dozen brand-new compositions created in the shadow of the pandemic.

The album showcases the breadth of the band’s stylistic influences with narrative ballads and topical songwriting, contra dance music ancient and post-modern, old time and bluegrass, rock, pop, jazz and Americana and a wide range of world music from Canada, Ireland, Scandinavia and sub-Saharan Africa. The extra instrumentation, a cornucopia of color, enhanced and added to the Posse’s own signature palette of sounds, primarily fiddle, banjo and guitar, along with the topnotch song crafting from Sutherland.

Respected for his history-conscious songs Sutherland continues his writing on this album with “Indian Road” and “Traitor’s Gold,” “Fine Times” and “Panda Mo’ Nyum,” the fantasy trip on the “Train to Frances,” “Two Trains” and “May the Campfire Not Burn Down,” and the climate change weather reports “When Dorian Came to Abaco,” “Floods of 2019” and “Second Nature.”

“Ya Know, Ya Never Know” is something of a breakout album for Pete’s Posse. Their previous albums, all excellent in their own right, did not have quite the breadth and depth of music and styles that this album contains. The band, with an age difference that spans from 70s to 20s shows just how good three distinct generations of musicians can be when they grow together and have plenty of time to mature.

This album also shows that even in a horrid pandemic, one that has really put a damper on the arts, creativity can’t be quashed. Exceptional talent and creativity can always find a way to surface and rise above the barriers. With “Ya Know, Ya Never Know” we have an example of the Vermont way of beating back adversity.