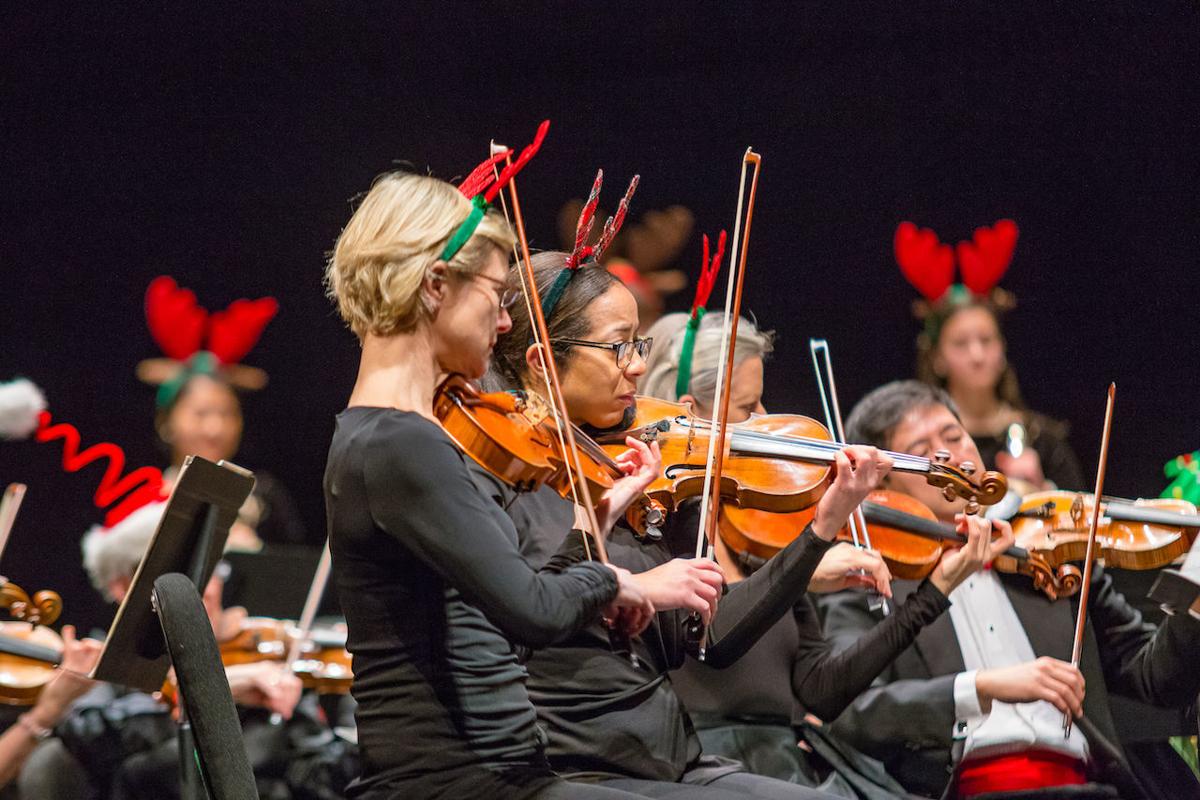 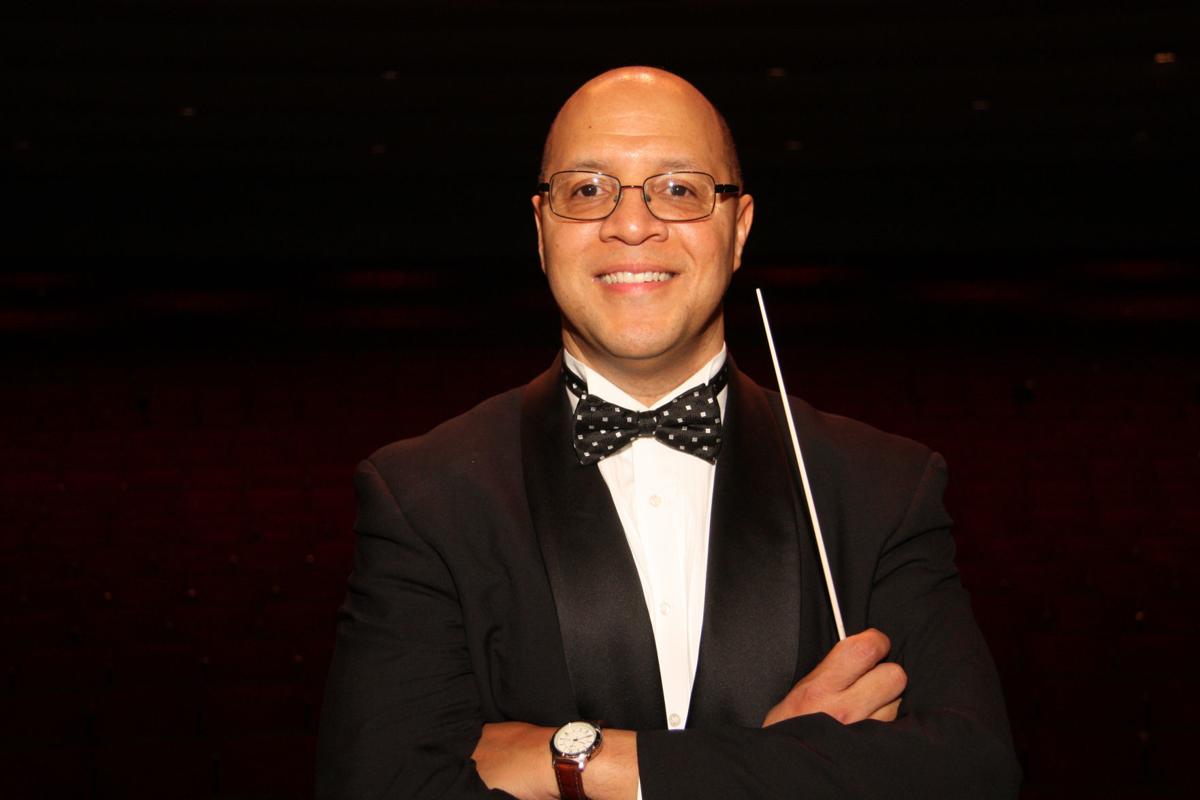 Conductor Chelsea Tipton II is music director of the Symphony of Southeast Texas and principal pops conductor of the New Haven Symphony. 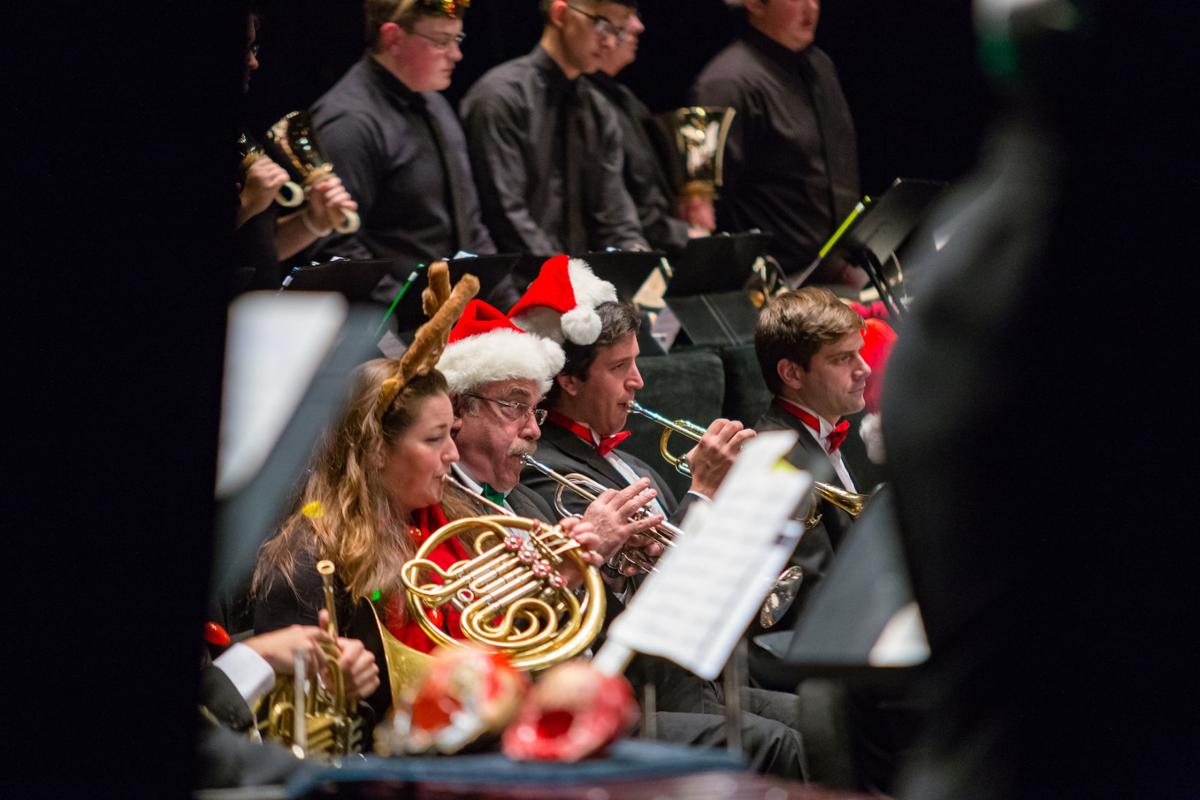 Conductor Chelsea Tipton II is music director of the Symphony of Southeast Texas and principal pops conductor of the New Haven Symphony.

Conductor Chelsea Tipton II’s watchword is excellence. The first time he works with an ensemble, he asks for the programs from the last four or five seasons, to see what they like and what they program. That’s exactly what he did when he was invited to conduct this year’s Vermont Symphony Orchestra Holiday Pops concerts.

“They really focus on a classical Christmas concert,” Tipton says. “I do a lot of pops — I’m the official pops conductor for the New Haven Symphony — so what I decided to do was to see if we could do a classical first half of a program and more of a pops feel for the second half.

“The challenge for programming for a holiday concert is people want to hear the pieces they associate with this time of the year, but you also want to be creative and include something different, some new arrangements, some new pieces,” he said recently by phone. “If you go too far in one direction, people complain though. So you try to find that perfect balance.”

In addition, the VSO Brass Quintet joins forces with Counterpoint, Vermont’s professional vocal ensemble, guest-conducted by Kevin Quigley, Dec. 17-22 at six locations across the state. Selections range from a brass arrangement of a Bach chorale and majestic Poulenc motets to popular tunes like “Sleigh Ride,” “Let It Snow” and “All I Want for Christmas Is You.” The program also includes a carol sing-along, a brand-new student composition, and traditional favorites by Robert De Cormier.

The VSO Holiday Pops concerts feature the return of the Bronze Ambassadors, the award-winning student bell ringers from Newport.

“I like to do a sing-along, and we wrap up everything with the orchestra,” Tipton said.

On the classical side, the program includes the Polonaise from Rimsky Korsakov’s “Christmas Eve,” and the Farandole from Bizet’s beloved “L’Arlesienne Suite No. 2.”

“Some people may recognize it and some people may not,” Tipton said. “The hand-bell choir will be joining us on the ‘Christmas Fantasy,’ made up of Christmas carols. We’re trying to present the music in different musical ‘clothing.’”

One work that will be familiar, yet not, is Davis Lovrien’s “Minor Alterations.”

“It takes famous Christmas carols and transposes them from a major key into a minor key,” Tipton said. “So you recognize a tune, but it has a kind of dark musical tinge to it because now it’s in a minor key. Those types of little gems you want to program.”

Unusually for him, Tipton will open the program with Baroque composer Arcangelo Corelli’s “Christmas Concerto.”

“It’s about a 15-minute piece,” Tipton said. “Typically, for my holiday programs, most of my pieces are five minutes long. The thing I like about this piece (is) it showcases what a great orchestra we have in the VSO.”

Tipton does a lot of speaking to the audience — but not too much, because people are there to hear the music.

“We’re here to serve the community,” he said. “I just want people leaving to just have had a great experience to get them in a good spirit for the holiday season.”

Tipton, who was born in Oklahoma and grew up in Greensboro, North Carolina, came to music naturally, as both his parents taught music at black colleges. In fact, he followed in the footsteps of his father, a clarinetist, majoring in the instrument at the famed Eastman School of Music in Rochester, New York.

“Initially, I had a vision of how I wanted the music to sound, in a symphony, in a Brahms symphony, in a Mozart symphony,” Tipton said. “I couldn’t have that kind of influence I needed just from the clarinet position. As an undergrad, that’s when I began thinking about conducting.”

After his bachelor’s degree in clarinet performance, Tipton went on to earn a master’s in conducting from Northern Illinois University. Before becoming music director of the Symphony of Southeast Texas (Beaumont), he worked with myriad orchestras, including those in Cleveland, Detroit, Houston, Pittsburgh, Indianapolis, Atlanta, New Jersey, Brooklyn, Nashville, San Antonio and others.

“As a professional conductor for the last 20 years, it’s become more important to me to figure out ways I could lift up the community,” Tipton said.

Tipton’s challenge is to communicate with his audiences, both personally and musically.

“That’s probably the hardest thing,” he said. “Sometimes I’ll finish up a concert and think to myself, wow, that went really well. Or the audience just didn’t understand that piece. What didn’t I do for the audience to connect with that piece? It’s never good enough — you’re never finished with it.

“That’s what I love about the arts, not driving for perfection, but for excellence,” Tipton said, “and to bring that excellence to the community as much as possible.”

For information, go online to www.vso.org.

For tickets or information, go online to www.vso.org.