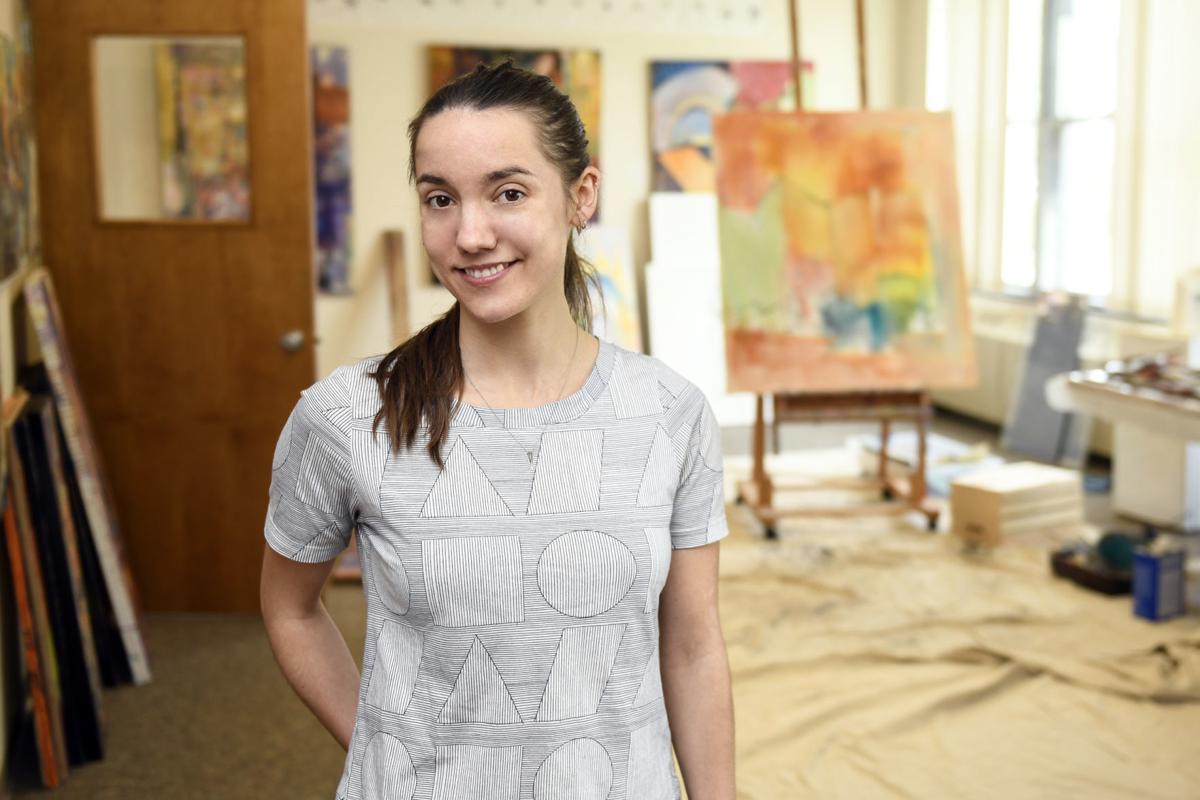 Artist Whitney Ramage, a Rutland native who works in Brooklyn, N.Y., is founder and director of 77ART artist residency, which is just beginning its second year. 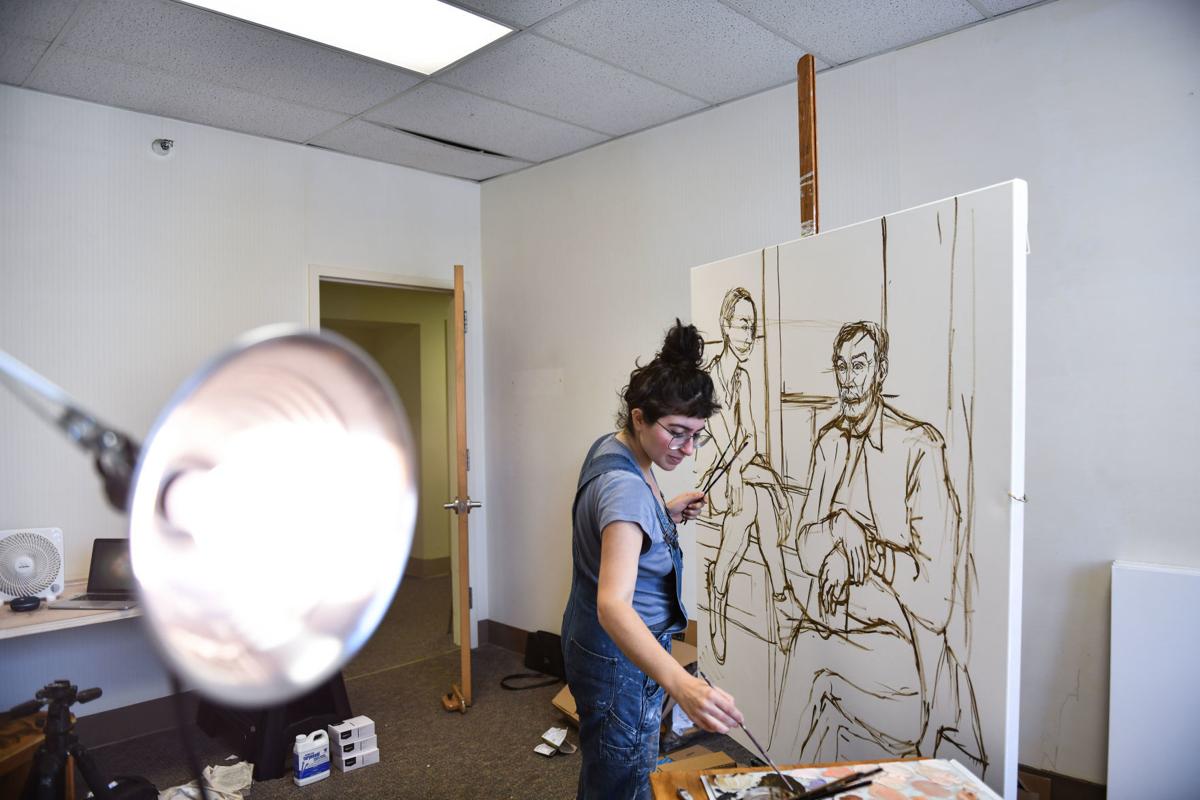 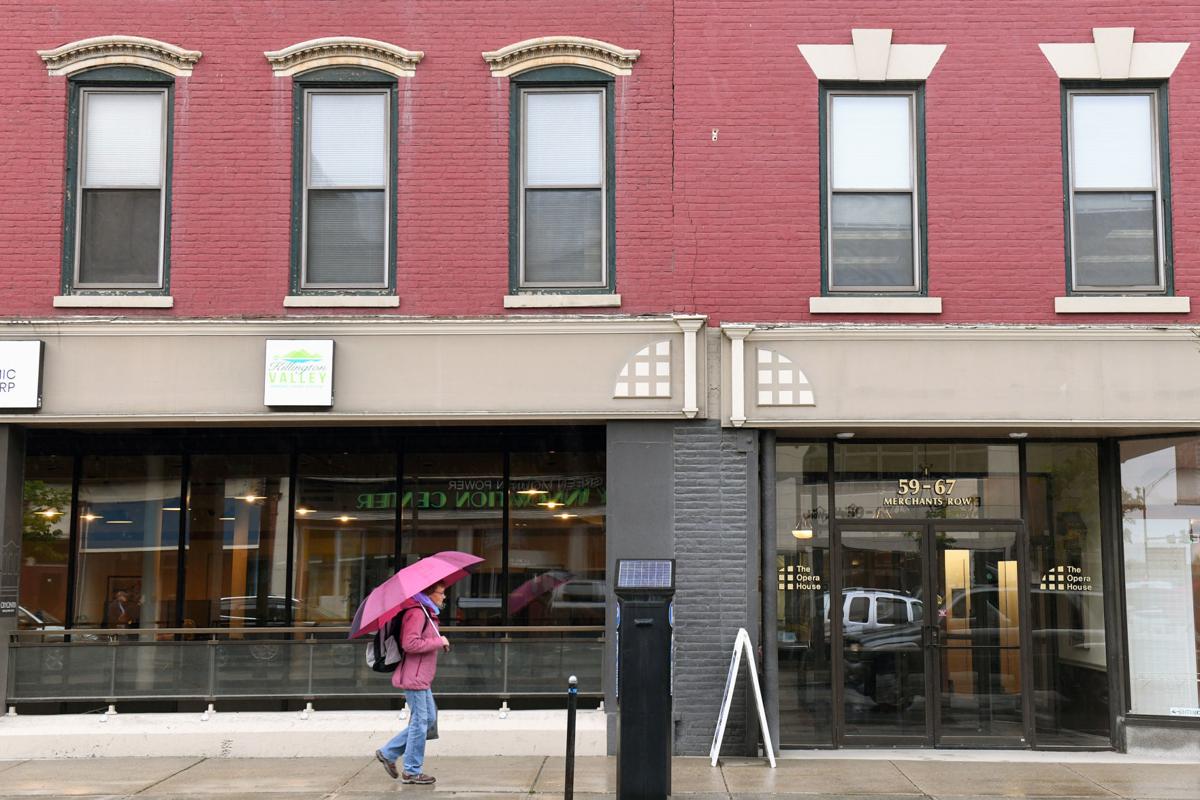 For 2019, the 77Art Artist Residency has moved to the downtown Rutland Opera House, pictured Tuesday afternoon. 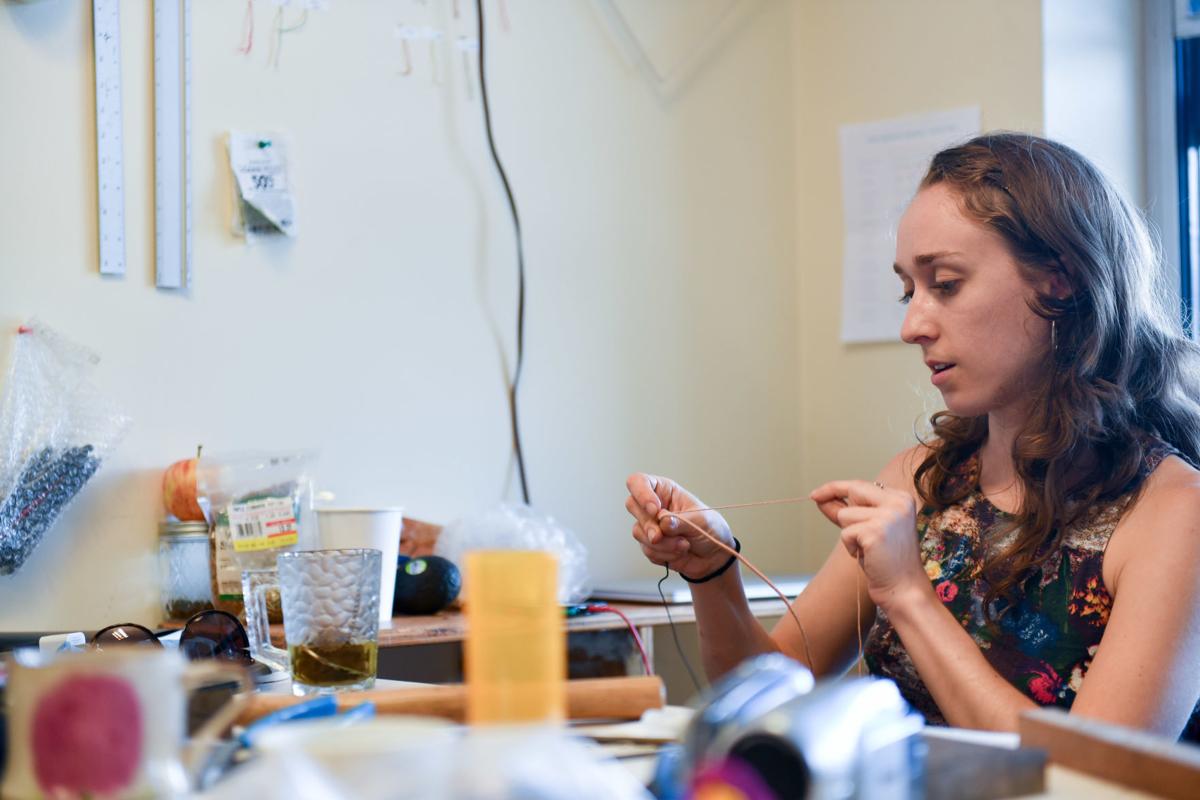 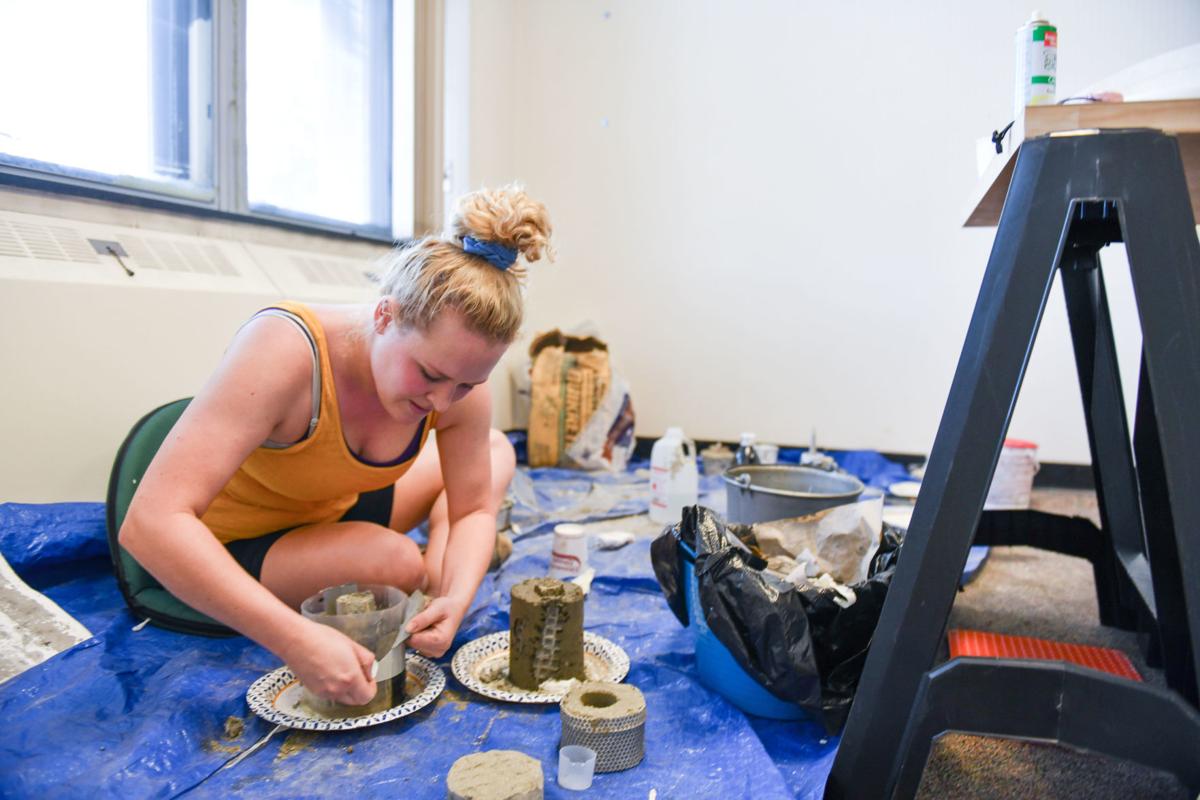 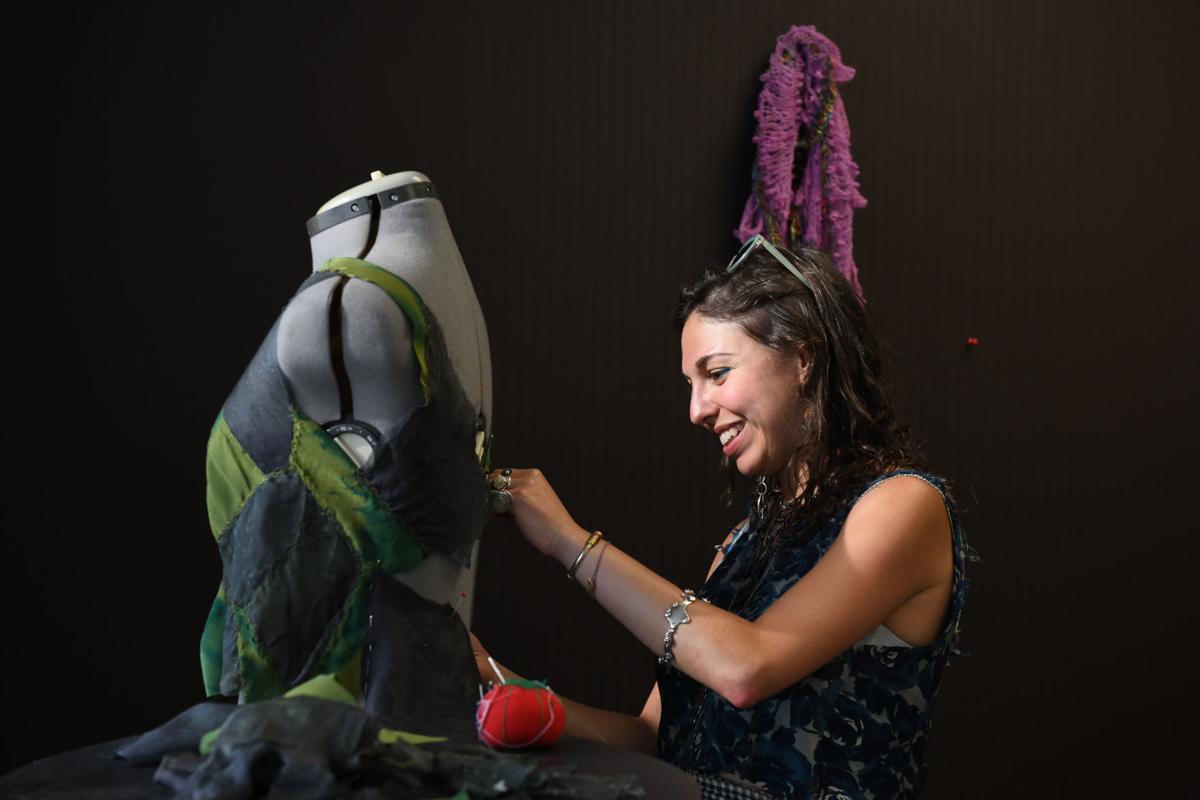 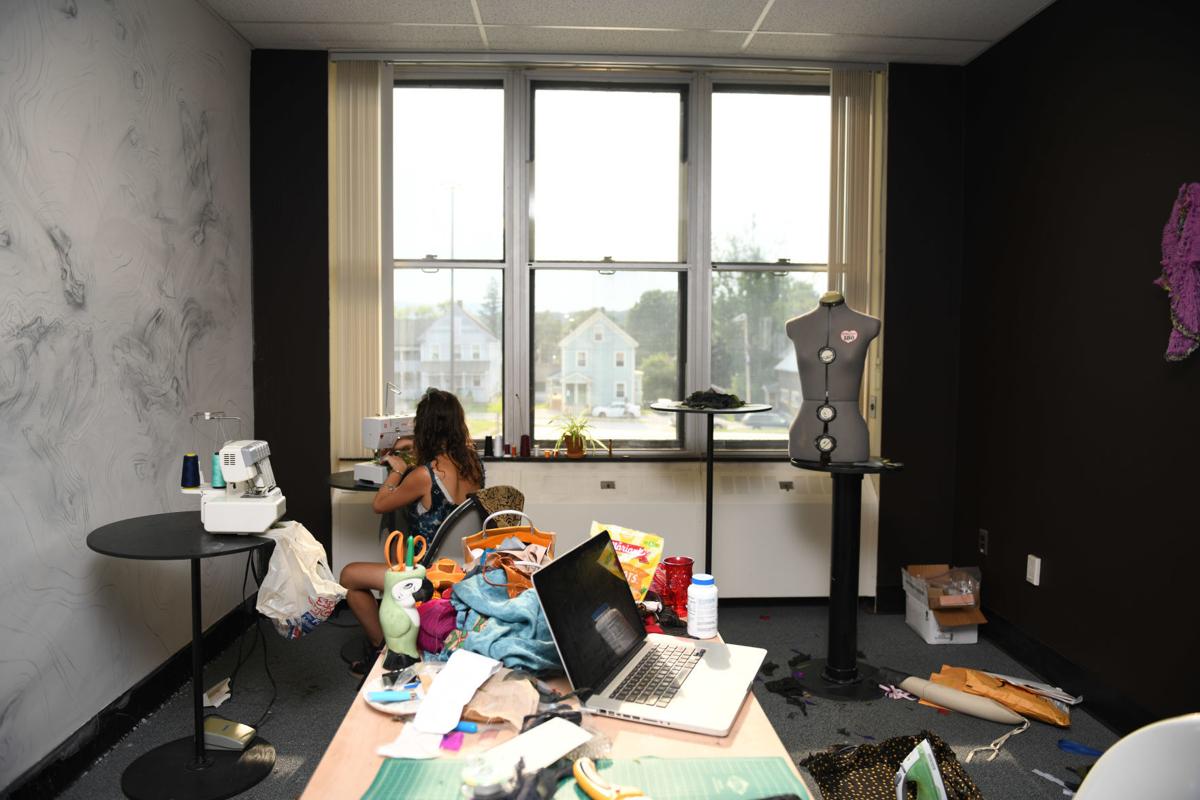 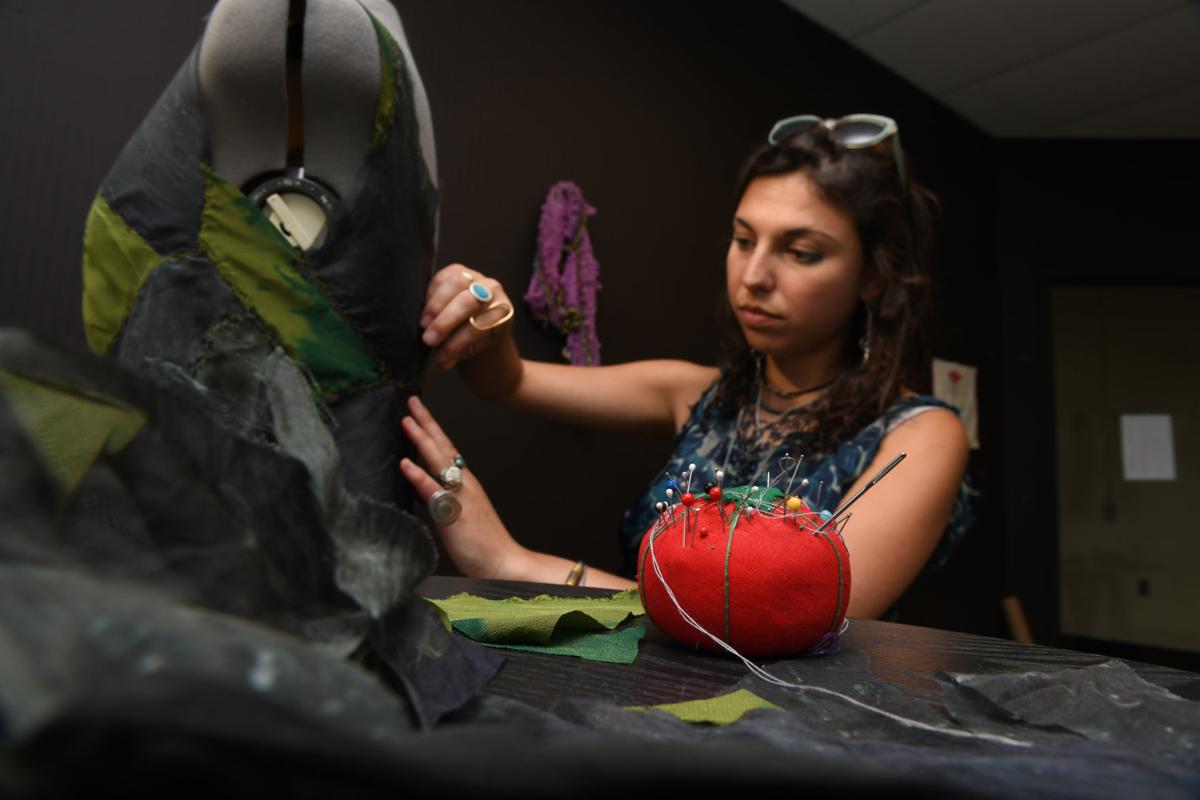 Artist Whitney Ramage, a Rutland native who works in Brooklyn, N.Y., is founder and director of 77ART artist residency, which is just beginning its second year.

For 2019, the 77Art Artist Residency has moved to the downtown Rutland Opera House, pictured Tuesday afternoon.

At virtually the last minute, Rutland’s 77Art Artist Residency, an opportunity for professional artists from around the world for intense uninterrupted work in studios at 77 Grove St., received an unexpected eviction notice from its volunteer landlord, Mark Foley — and a new opportunity.

“He completely surprised me by offering us a really amazing, different studio space — it’s kind of mind blowing,” explained Whitney Ramage, founder and director of the program. “I’m really excited about it.”

The residency has now moved to the downtown Rutland Opera House at 59-67 Merchants Row.

“We’ll have the exhibition space at the front, and (Whitney’s father, artist Bill Ramage’s) ‘The Rutland Drawing’ behind it, and the event space behind that,” Ramage said.

The artist studios will be upstairs in the Opera House performance space, which has been largely transformed into offices.

“It’s a hugely radical change at the 11th hour,” Ramage said. “It’s going to be better than it ever was before — it’s downtown and people will know about it.”

That’s important to Ramage, a professional artist who goes back and forth between Brooklyn and her native Rutland.

“I’m also excited about the fact that artists just seem to connect to Rutland,” she said. “It’s been a wonderful way to reimagine a town I have known so intimately my whole life.”

Proceeding as planned, 77Art will welcome 42 national and international artists to Rutland over the course of three month-long sessions — 14 each in June, August and October — a 600% expansion from its pilot year in 2018.

The residency will host artist-led workshops and artist talks to encourage a cultural exchange with the community. International artists will come from The Netherlands, China, Korea, Ghana, France and the United Kingdom. American artists come from major cities including New York, Boston, Washington, D.C., Baltimore, Philadelphia, New Orleans, and Austin, Texas, among others.

“I firmly hold that art is a catalyst, maybe the catalyst, for positive social change,” Ramage said. “And this is demonstrated time and time again historically in cities around the world.”

Additionally, the Young Curator’s Project welcomes middle and high school students to learn and grow at 77Art, consisting of workshops taught biweekly by volunteers. The young curators will learn how to think critically about art and ultimately curate a show.

The program is financed by a mix of modest tuition from the participants, and generous support from Foley, MKF Properties and the Rutland community.

“One of the things I found most affirming about this work is the incredible generosity and care in this community,” Ramage said. “You would be amazed what you can do with in-kind donations and volunteer labor. People really care.”

The 77Art programs not only benefit the artists, they create a unique bridge between art and the public.

“I’m seeing the town through new eyes — having all these other people see my hometown has been really illuminating. I’m committed now to the community, which has had this amazing outpouring of support,” Ramage said.

“And it’s an opportunity to spend more time with my dad and mom. Time is precious.”

For more information about 77Art and its programs, go online to www.77art.org. To volunteer, email info.77art@gmail.com: to enroll in the Young Curator’s Project, email education.77art@gmail.com.