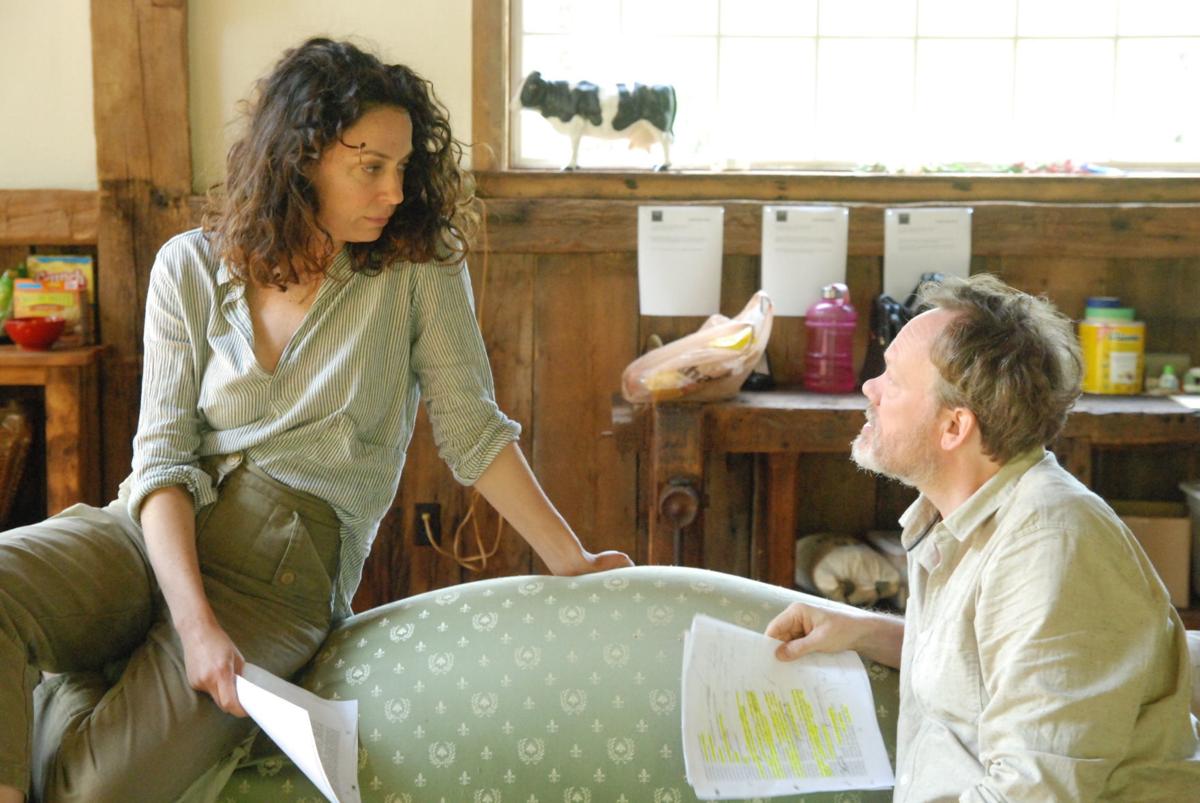 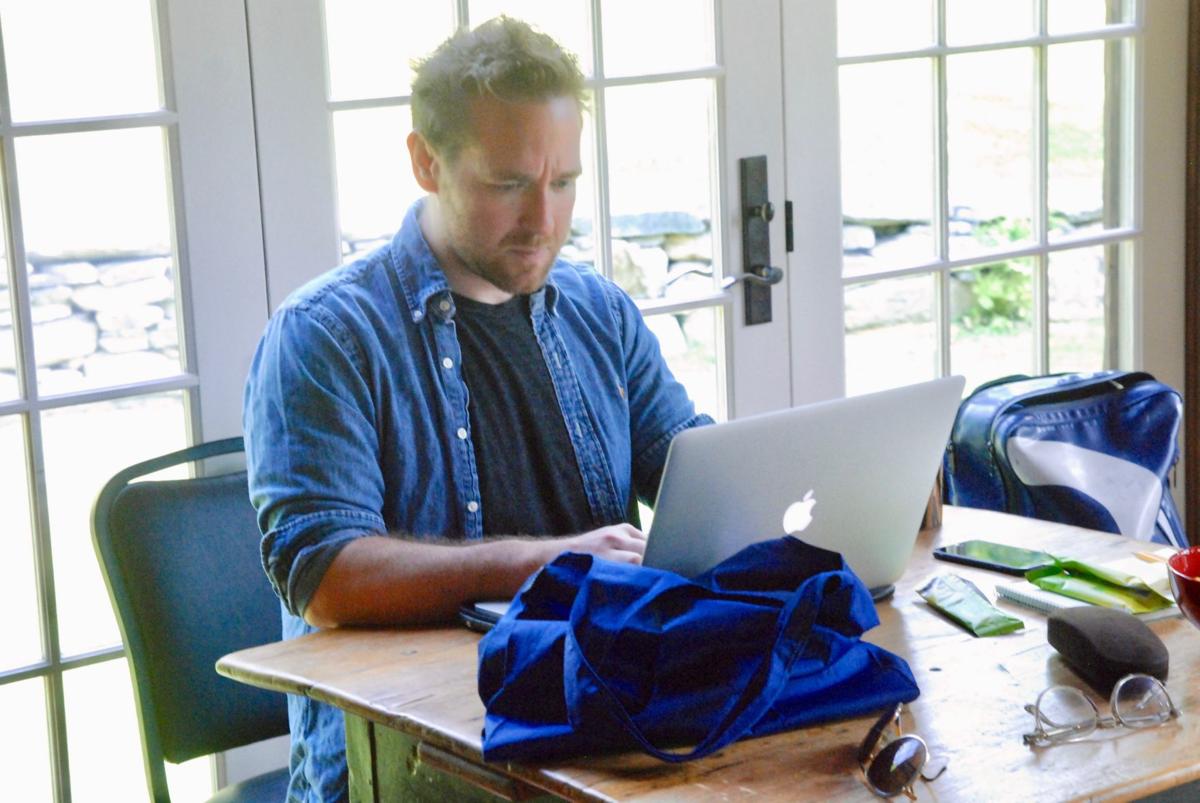 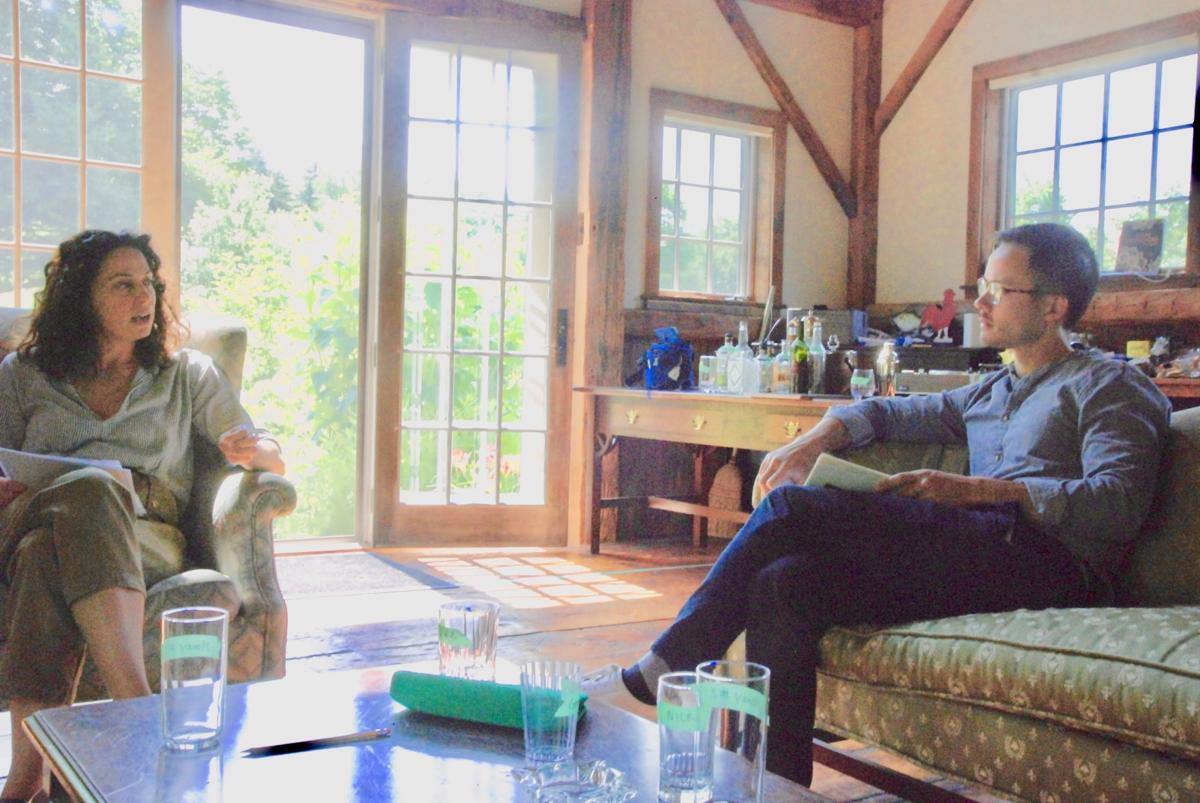 In Edward Albee’s “Who’s Afraid of Virginia Woolf?” made famous by the 1966 Elizabeth Taylor-Richard Burton film, George and Martha tear each other apart with their alcohol-fueled caustic banter.

“I think, actually, the play is ultimately much more hopeful and positive than that,” explains Mike Donahue, who is directing the Weston Playhouse production.

“It’s asking people to be honest with themselves about their failures and shortcomings — and it’s not always done in the healthiest and most holistic way along the way.

“But I do think it’s about being honest,” he said before a Saturday rehearsal.

The comedy-drama examines the complexities of the marriage of George and Martha, settled into middle-age life in a small university. He’s a frustrated associate professor of history, and she, the daughter of the school’s president, is frustrated with her husband.

Coming home from a faculty party, Martha announces that she has invited a young couple over for drinks. When Nick, an ambitious biology professor, and his naïve wife Honey arrive, the fireworks begin. They attempt to leave, but soon find themselves willing participants in a dissection of all of their lives. It’s vicious, it’s funny, and it’s touching.

“First of all, I think Albee is brilliant,” Donahue said. “One thing so incredible about the play is that it is so provocatively honest about human beings, and it breaks through — and asks us to break through — going against politeness and formalities to actually be honest about who people are and how ugly human beings can be. And to be honest about that is really critical.

“It’s not a punishing thing either,” Donahue said. “It’s just an acknowledgement of all of the depths of who people actually are.”

A big part of the power of this play is its unique language.

“It feels like jazz in a way,” Donahue said. “The rhythms are so intricate and so complicated. There is really a way in which it just feels like it is spontaneously improvised between these four people because of the flow and the way the language doubles back on itself. The circularity of what people crash into is electric and thrilling.”

In some approaches to “Who’s Afraid of Virginia Woolf” George and Martha simply hate each other.

“Then there’s nothing at stake in the play,” Donahue said. “Actually, it is so volatile and toxic because they love one another so deeply that they want to fight for one another. And they’ve gotten to a place where that marriage is so rough for both of them. What worked so well between the two of them has stopped working.”

Some, like Donahue, see the play as something of a romance.

“The deeper we get into it, I think the love between George and Martha is so profound,” Donahue said. “I think they’re soul mates in a way. They have nobody else in the world who understands them in the way their partner does.

The play is also an authentic look at the underside of academia.

“I spent a number of years as a student in elite schools, and the small-town academic politics of that world are so in this play,” Donahue said. “The backstabbing, the faculty beds, the incredible ambition that’s there, all of that is very real.”

Donahue aims for the Weston production to ultimately be hopeful and positive.

“I really do believe what happens over the course of this evening for George and Martha is a necessary thing if they’re going to be able to survive as a couple,” he said. “I think this is a moment when their relationship requires a major reconfiguration — and I think that happens.”