Skip to main content
You are the owner of this article.
Edit Article Add New Article
You have permission to edit this article.
Edit
Home
Cover Story
Columns
Arts Preview
Featured
Scene Stealers
Bulletins
1 of 4 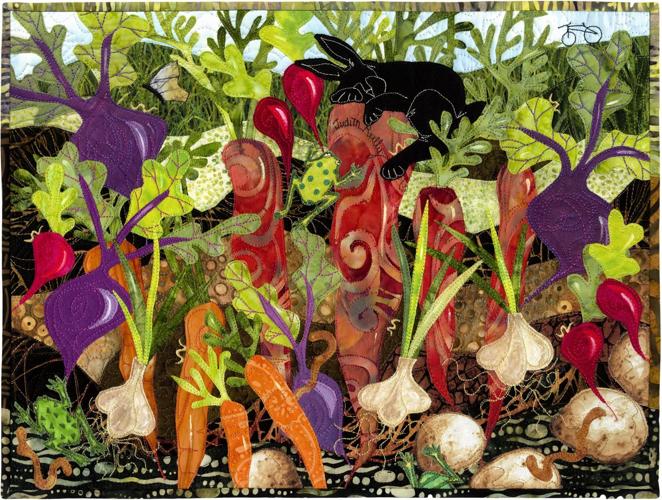 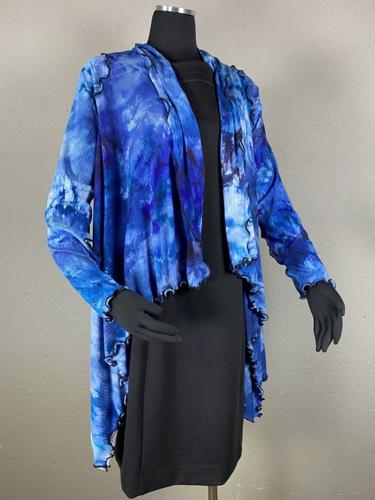 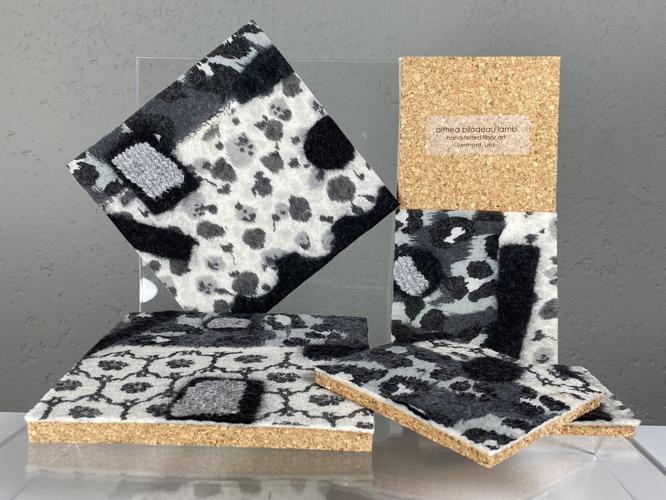 There’s a magic ingredient in the work of the two featured artists at the Brandon Artists Guild’s exhibit, and it’s probably not what you’d think it would be.

In Judith Reilly’s large quilted piece titled “Dusk at Birch Hill,” a collection of barns and houses and silos lean and huddle in to each other, surrounded by swaying birch trees under a yellowy orange sunset. It’s one of those pieces that looks one way from a distance, and a whole other world unravels up close — you can see the endless variation of fabrics used to depict rocks and grass and wood and stone but none of it is exactly rocks and grass and wood and stone.

“I tend not to buy fabrics that are literal representations,” Reilly said. “I like to use fabrics that suggest these things.”

“The hardest part and the most fun part is selecting the fabrics,” she added. “They can make or break any piece.”

But Reilly’s magic ingredient isn’t the thread that holds it all together, or the color combinations in the fabrics: it’s wax paper.

The first step in making something like “Dusk at Birch Hill” is to draw the basic structure. Then a pattern can be created from that drawing.

“I lay freezer paper on top of the drawing with the wax side up and trace,” Reilly said. “I cut it apart a few pieces at a time and select the fabrics that I’m going to use. Using an iron, it melts the wax just a little bit into the fabric so it won’t move and it’s all adhered. It’s like a puzzle.”

Reilly demonstrated the process at a recent visit to her studio in Brandon, a couple days after the opening reception of the new exhibit at the Brandon Artists’ Guild, “Common Threads: Uncommon Art in Fabric and Fiber,” featuring members Althea Bilodeau Lamb and Judith Reilly. It is up through Nov. 11.

Last weekend the gallery had a full house for the reception in the small, elegant space that still feels cozy with the walls and pedestals full of its members’ work: a digital rendition of sunflowers in a jar by Judy Knope; beautiful wood carving of birds by William Barnard; lifelike colored pencil art by Catherine M. Palmer; and a dark sky over a still lake in oil by Peg Racine.

At the front of the gallery are Reilly’s and Lamb’s exhibits.

Raised on a farm and sewing since her grandmother taught her at age 6, Reilly says that for her quilted pieces, “fabric and thread become my paint, and the sewing machine my brush.” Her artwork has been exhibited and won ribbons in national and international exhibitions, as well as in galleries, and the common thread in all of her work is that the subjects are always askew.

“I work in a little bit lopsided style. What makes the work pop is the angles,” Reilly said. “I remember learning years ago that horizontal and vertical lines are inactive, and the diagonal outlines are active. So, when I create a barn that’s not horizontal and vertical lines, I’ve already created some energy in the piece by putting in even a slight angle where you don’t expect it to be. I think that’s part of the whimsy.”

“They asked me to dye silk charmeuse for the fall collection for 2010,” Lamb said recently. “I have been an avid dyer ever since.”

The process of dying her fabrics is similar to tie-dying: it’s called low-immersion dying, but there’s no string involved.

“It’s really about the placement of the dye while the garment is in a small amount of water,” Lamb said. “I apply it while it’s still in its powder form.”

The magic element in her work: every finished piece is a surprise.

“I never know how it’s going to come out,” she said. “I’ll apply chartreuse and this really beautiful red will come out of it. I have done it so long now that I have an idea, but that’s the magic and that magic happened when I did the work for Chris Benz.”

“I don’t measure, I’m an intuitive dyer, (but) I had to measure and write everything down because I needed to be able to reproduce it (for) orders,” Lamb said.

Merino wool is Lamb’s current favorite medium, and her work in this exhibit showcases her love for fashion and color in one-of-a-kind garments and accessories she created from hand-dyed knit fabrics.

Lamb learned to sew from her mother, but her grandmother, also named Althea, had the gene, too. Between the three of them, Lamb recalled memories of handmade braided rugs, handmade clothes from handwoven fabric, and years of going to craft shows.

“Sewing was my first love,” Lamb said, and now that retirement is nearing, we can expect to see more of her work in the future.

“I feel like I’m starting again,” Lamb said. “It’s been a long time since I’ve had a show, since I tried to get out there again and create something new because (of) life. So, I’m just excited to have more time to do what I love.”

Practicality turns out to be the magic ingredient for both artists, a reliable kind in one artists’ work and the unpredictable kind in the other’s, which is still somehow something in common.