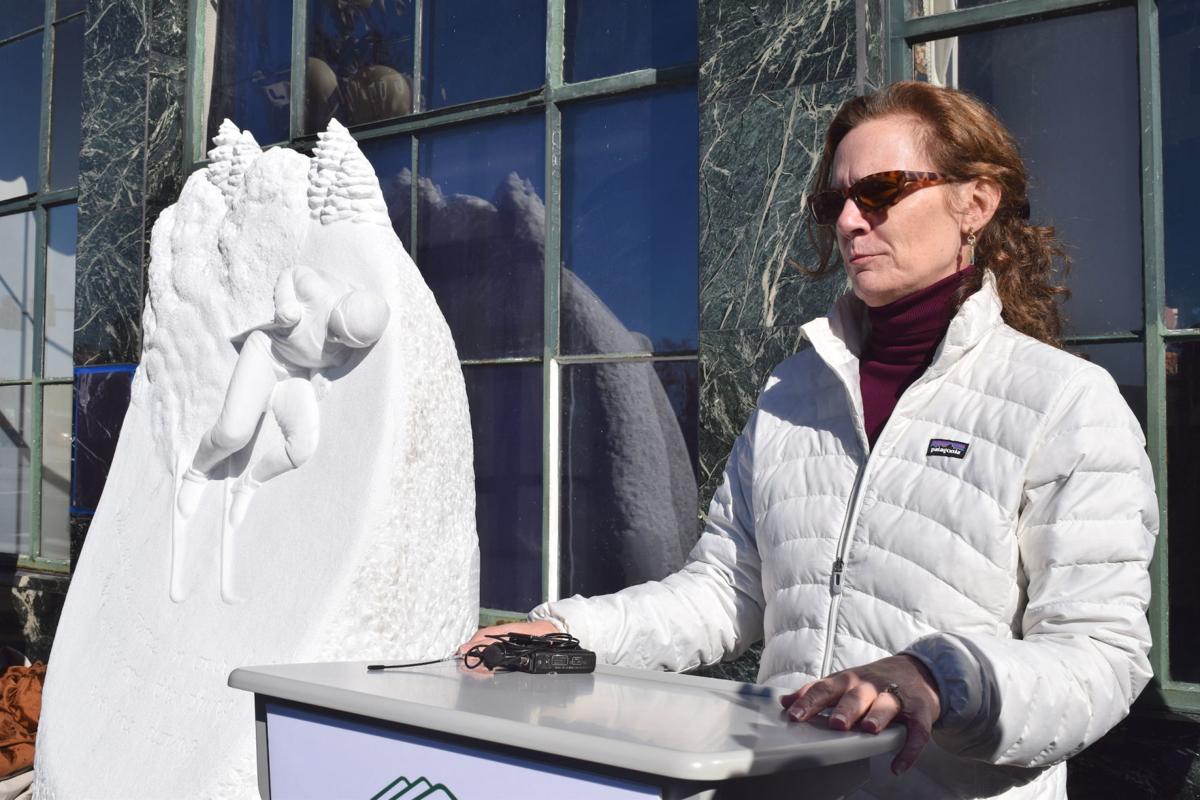 Quentin Andrea Lawrence, daughter of Andrea Mead Lawrence, speaks next to the newly unveiled statue honoring her mother during a ceremony in downtown Rutland. 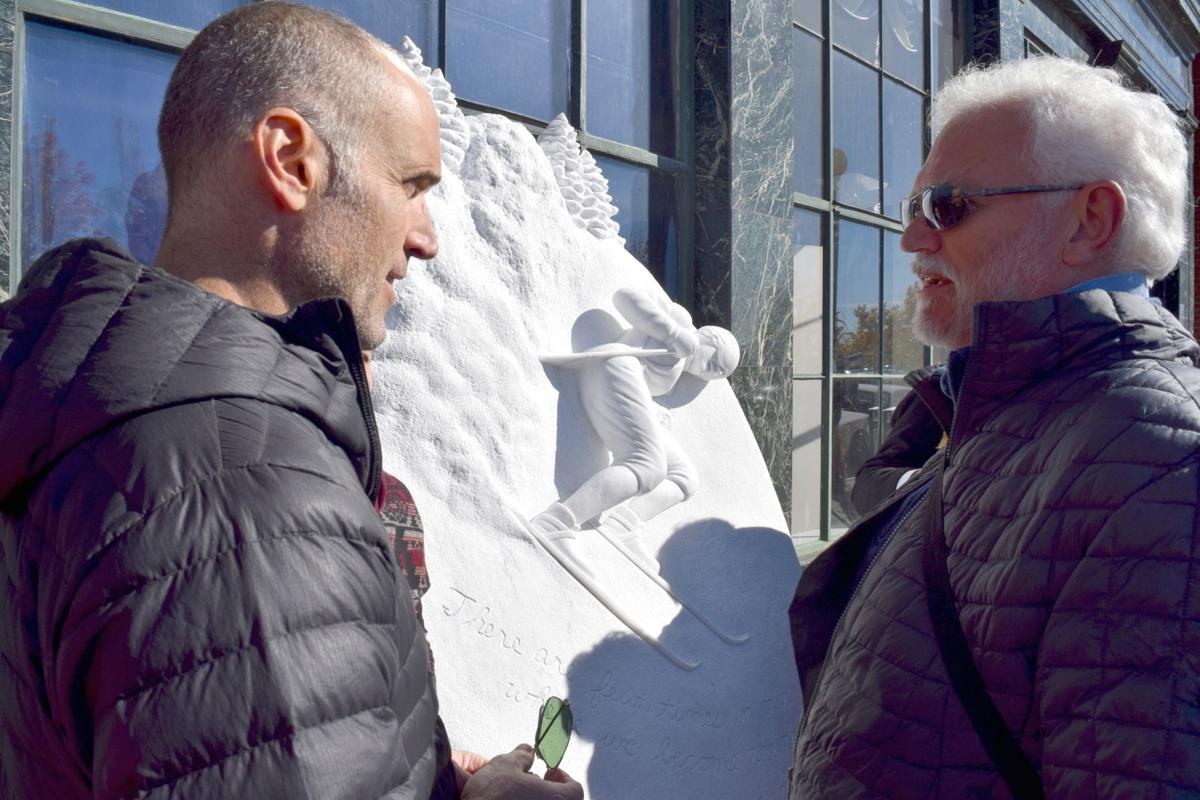 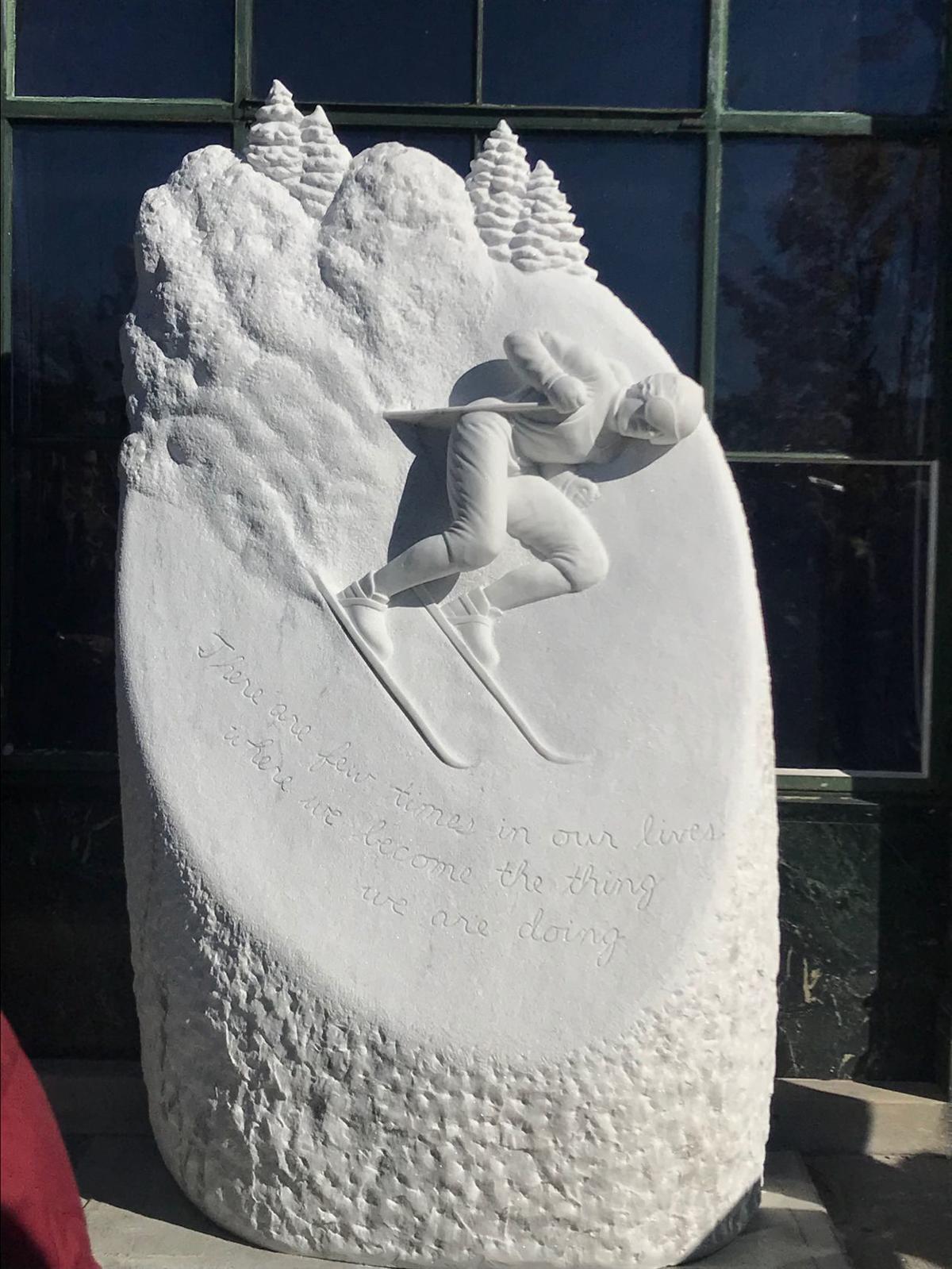 Quentin Andrea Lawrence, daughter of Andrea Mead Lawrence, speaks next to the newly unveiled statue honoring her mother during a ceremony in downtown Rutland.

Rutland was always a part of Andrea Mead Lawrence, and now her legacy in the city is carved in stone.

The latest of the downtown marble statues, unveiled Friday on Merchants Row near the intersection with Center Street, depicts the late Lawrence in her prime, tearing down a ski slope. At its base is a quote from Lawrence that sculptor Steve Shaheen, who oversaw the project, said inspired the artists working on it: “There are few times in our lives when we become the thing we are doing.”

“That saying at the bottom was how she lived her life,” said Lawrence’s son, Matthew Lawrence, his voice occasionally quavering with emotion. “Every endeavor she attempted was in that spirit.”

Lawrence was born in 1932 to the family that founded the Pico Mountain ski area — for which they were inducted into the Vermont Ski and Snowboard Museum Hall of Fame on Saturday.

“That family was iconic when I was growing up at MSJ,” Mayor David Allaire said.

At the age of 19, Lawrence captained the U.S. women’s ski team at the 1952 Olympics. She won two gold medals at the 1952 games, a feat no skier has replicated at a single Olympics.

“The city of Rutland was so proud of her,” Allaire said. “It threw a big parade in her honor. It gave the city a sense of renewed optimism. That renewed optimism is, I think, here with us today.”

Lawrence’s athletic career was followed by one in environmental conservation, for which she was honored in 2013 — four years after her death — by having a mountain in California named after her.

“Most people from Rutland know who Andrea Mead Lawrence is,” said Mark Foley, one of the sponsors of the effort to decorate downtown Rutland with sculptures illuminating the region’s history. “Those of us who are skiers grew up skiing at Pico, and it’s because of her.”

John Casella, another sponsor, said it was a pleasure to recognize the Mead family.

“Sue and I have six children, and all six of them learned to ski at Pico,” he said. “It’s a lifelong spirit they’re going to carry for the rest of their lives, and we have Pico to thank for that.”

The carving follows one depicting local Revolutionary War hero Anne Story and will be followed by one honoring the 54th Massachusetts Regiment — the first African-American unit of the U.S. Army.

Shaheen oversaw a team of Italian sculptors who carved the Lawrence piece from a large marble block, following a smaller model created by Kellie Pereira. Pereira said she looked at a lot of old photos of Lawrence during her research.

“Photos from that time were not necessarily clear and there weren’t very many,” she said. “I spent a lot of time on the internet looking at photos of her.”

Pereira was able to depict old-style ski boots and bindings and even managed to get a faint pattern onto the carving to represent the plaid socks Lawrence wore.

“This would mean the world to my mom,” Lawrence’s daughter, Quentin Andrea Lawrence, said. “She used to say her soul was in Vermont, her spirit was in the West. Her love of sport, her love of mountains, all started here in Rutland, Vermont. It was nurtured here and she brought it with her wherever she went.”