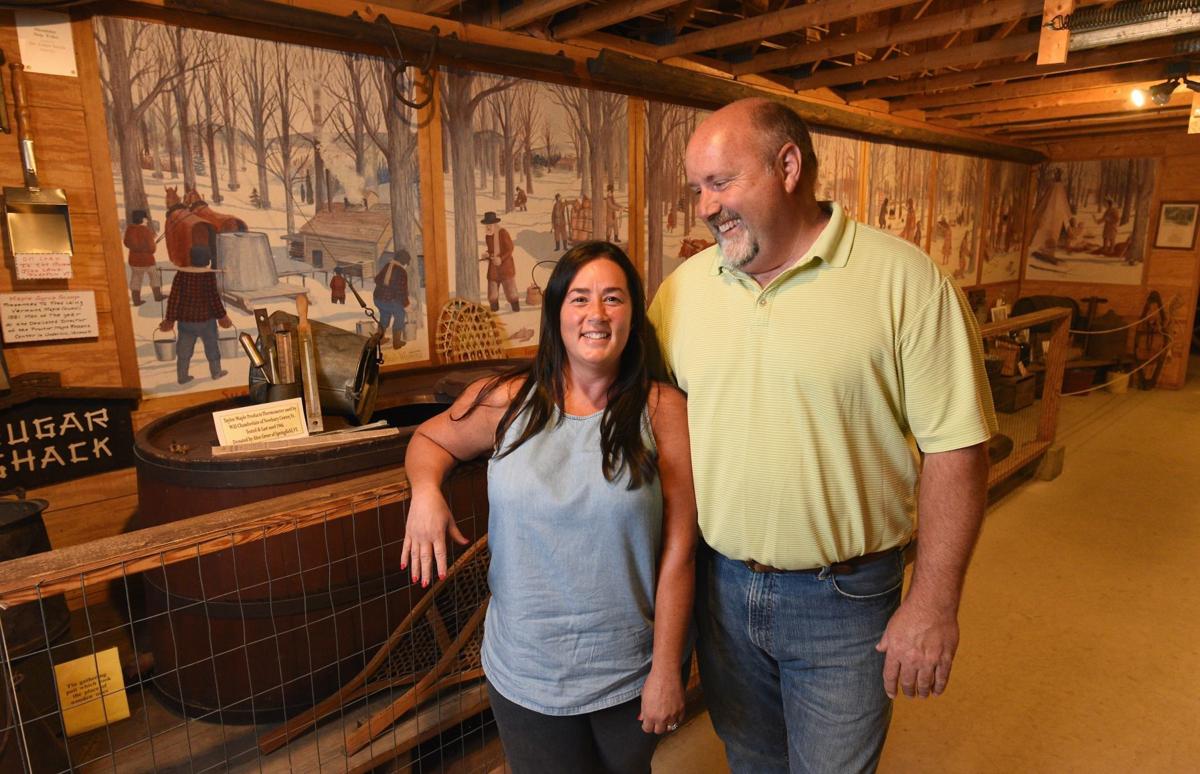 New owners of the New England Maple Museum in Pittsford Rhonda and Tom Gadhue pose for a photo at the museum on last week. 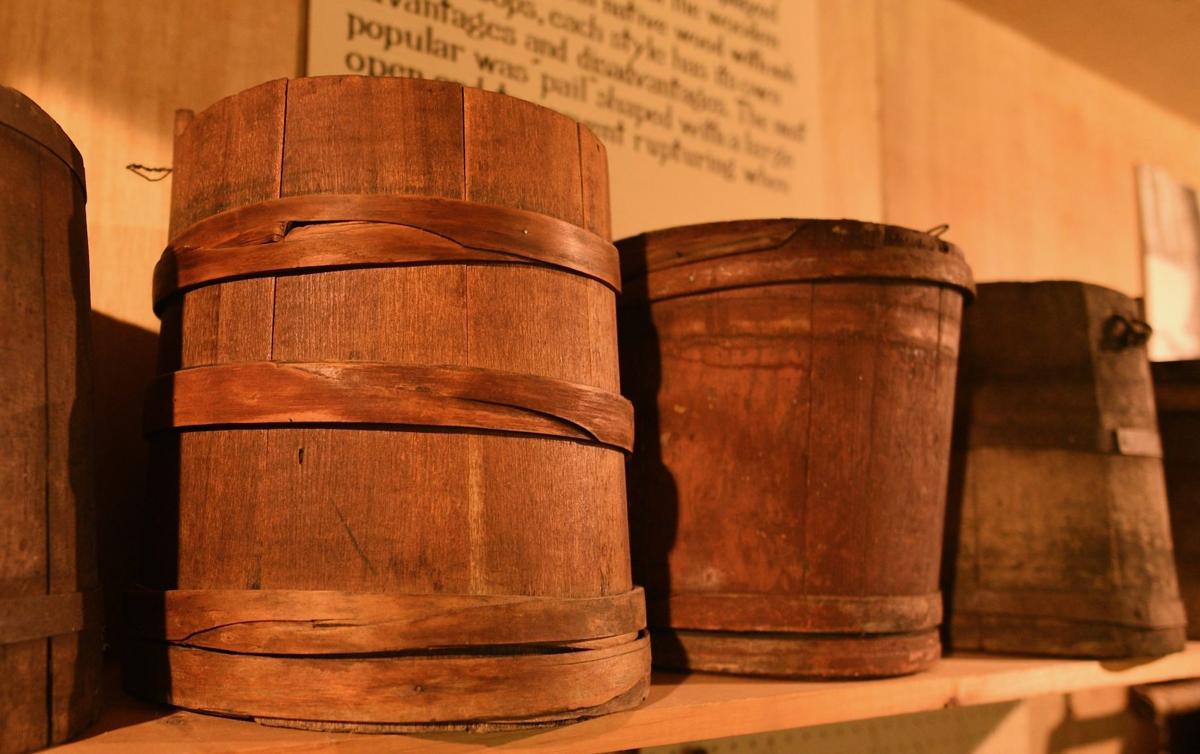 Antique wooden sap buckets are on display at the New England Maple Museum in Pittsford along with various other antique and modern maple sugaring implements. 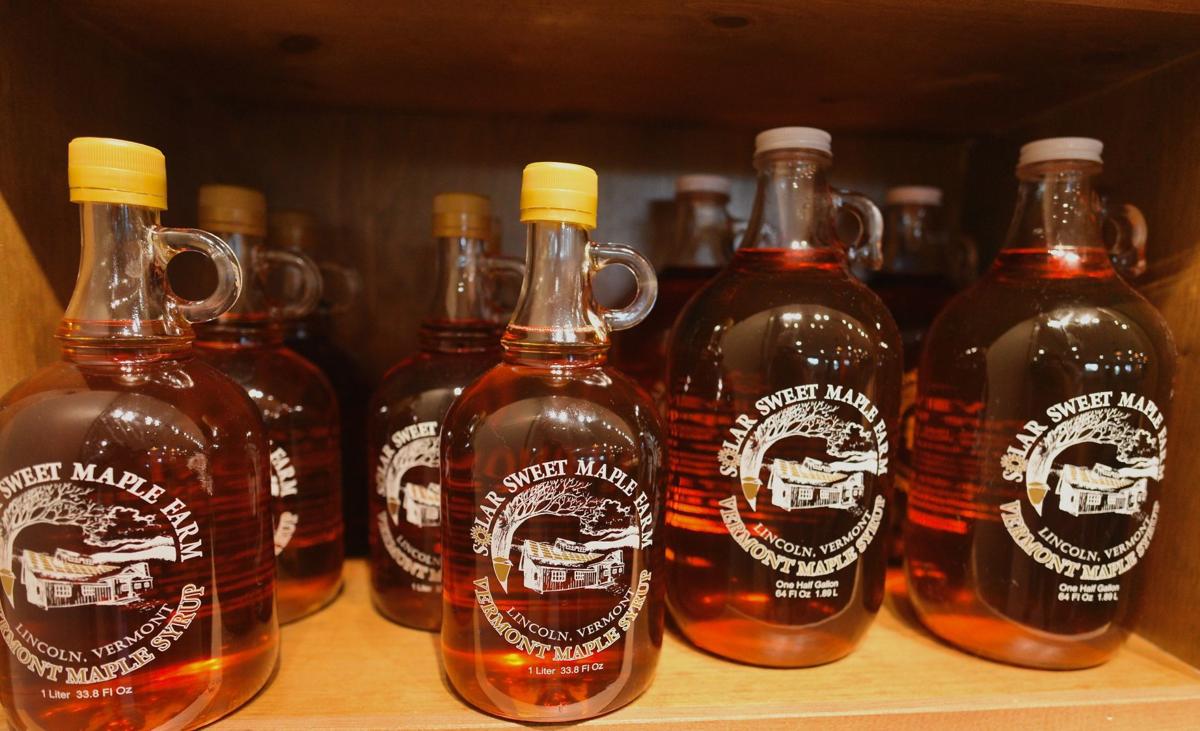 Liters of maple syrup from Tom and Rhonda Gadhue’s Solar Sweet Maple Farm in Lincoln are on sale at the New England Maple Museum in Pittsford.

New owners of the New England Maple Museum in Pittsford Rhonda and Tom Gadhue pose for a photo at the museum on last week.

Antique wooden sap buckets are on display at the New England Maple Museum in Pittsford along with various other antique and modern maple sugaring implements.

Liters of maple syrup from Tom and Rhonda Gadhue’s Solar Sweet Maple Farm in Lincoln are on sale at the New England Maple Museum in Pittsford.

Rhonda and Tom Gadhue, of Lincoln, bought the museum June 3 and had a soft opening in early July.

“My husband travels this route for work,” said Rhonda Gadhue on Tuesday. “He’d driven by a couple of times and saw the ‘for sale’ sign, so he came home one day and said, ‘You’ll never guess what’s for sale.’ I said, ‘I have no idea.’ He said, ‘The New England Maple Museum!’ and I said, ‘No, thank you.’ “

Gadhue got over her initial misgivings, however, and the couple have undertaken extensive renovations for the local landmark, significantly opening up the front end and modernizing everything while keeping the rustic feel.

“We’re trying to make it visible from the road,” she said. “With the huge pine trees, it’s hard to do that.”

Workers were busy last week taking down the pine trees. Gadhue said the plan is to keep up with everything the former owners, the Blanchards, had been doing, and to sell more Vermont-made products. During the next few years, the Gadhues aim to produce maple syrup products on site.

Finding a source of maple syrup will be easy for the couple.

“Tom and I have a sugar house in Lincoln. It’s called Solar Sweet Maple Farm, and we’ve been talking for quite a while about how we were going to retail our syrup,” Rhonda said. “We’re at the end of the road right near the national forest, so there’s no traffic. Most of our syrup we sell in bulk, and then we retail it during sugaring season.”

The museum’s key feature is a large — possibly the largest — collection of maple-sugaring artifacts. These are displayed alongside original, handcrafted dioramas and murals depicting historical Vermont maple-sugaring activities.

Tom Gadhue said he plans to do some insulation work on the museum section and update a few things, while keeping all that’s currently there.

“I will definitely try and add to it, that’s our next goal,” Gadhue said. “We’re putting in a kitchen in the back room over there so we can make maple cream and maple sugar, all of that can be made right in-house here, then we’re going to build a creemee stand and have a live sugar house out here on the front lawn.”

The couple said they hope that will come together over the course of the next few years. An official grand opening is planned in the fall.

The museum was previously owned by Mike and Mary Blanchard, who bought it from founder Tom Olson in 2013. Mike Blanchard told the Herald in December that he planned to close it by Christmas and hoped to soon sell it to someone who would take it over. Blanchard said he and Mary ran it more or less as a hobby in their retirement, but because of health reasons could no longer do so.

The Blanchards ran it as a seasonal business. The Gadhues said they aim to run it year-round, though the hours might change depending on traffic. Right now, it’s open 9 a.m. to 5 p.m. seven days a week.

The museum was founded in 1977 by Olson, an engineer by trade who had an interest in the Vermont maple syrup industry. In a December interview, he credited his wife, Dona, with the business’ success.