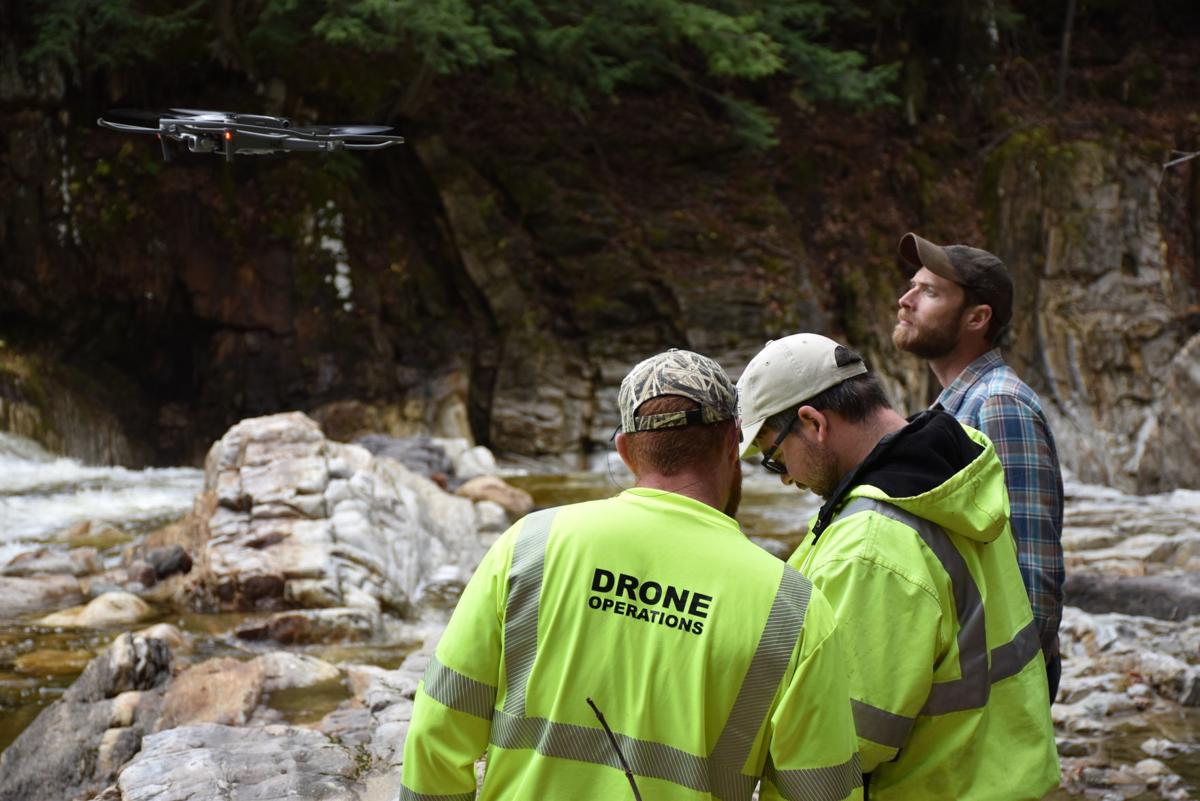 Evan Robinson, Brian Pinsonault and Chris Beitzel, all of the Vermont Agency of Transportation, work with drones at Clarendon Gorge to gain a better understanding of groundwater beneath the Rutland Airport. 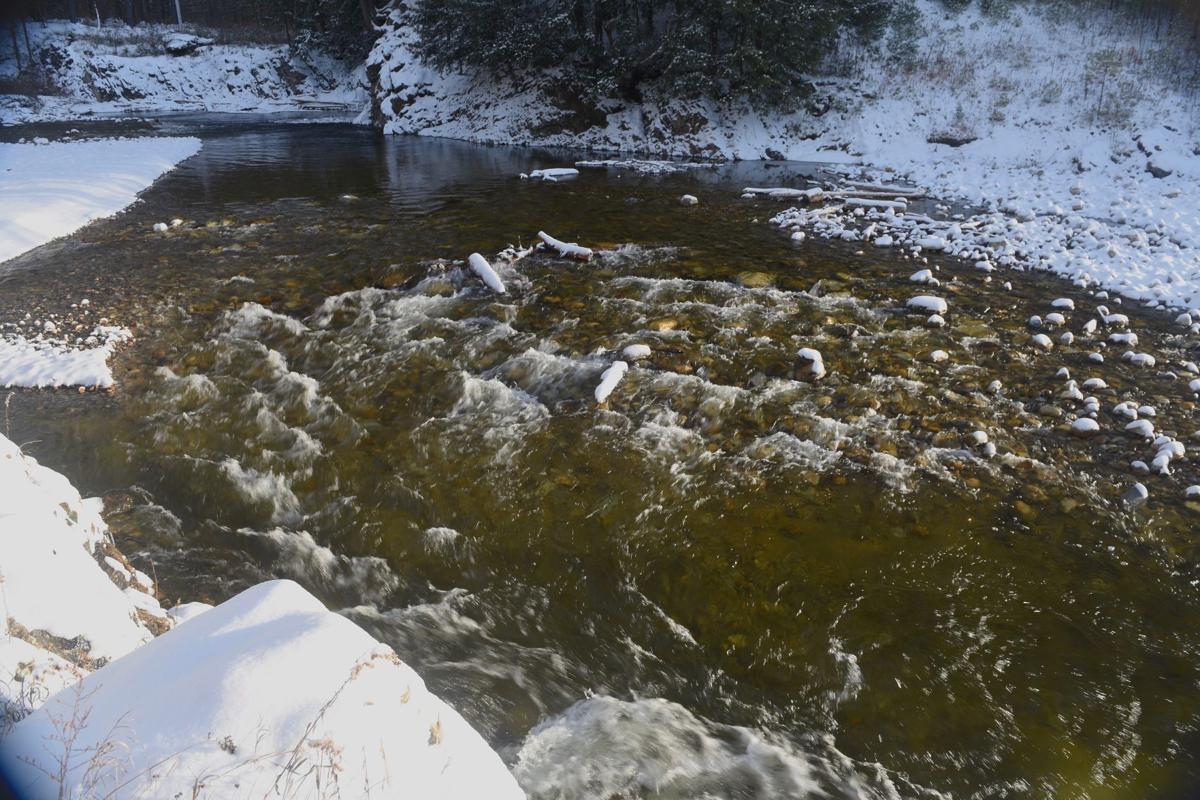 The Agency of Transportation is planning to use drones to map Clarendon Gorge, studying groundwater under the airport as part of PFAS monitoring.

Evan Robinson, Brian Pinsonault and Chris Beitzel, all of the Vermont Agency of Transportation, work with drones at Clarendon Gorge to gain a better understanding of groundwater beneath the Rutland Airport.

The Agency of Transportation is planning to use drones to map Clarendon Gorge, studying groundwater under the airport as part of PFAS monitoring.

CLARENDON — Working together, state agencies are using aerial drones and other devices to learn more about PFAS contamination under the local airport.

Evan Robinson, unmanned aircraft systems manager for the Agency of Transportation Rail and Aviation Bureau, said in an interview Friday that the AOT and the Vermont Geological Survey spent the last week of October flying a drone in the Clarendon Gorge, to gather data for a map of what lies under the rocks below the Rutland Southern Vermont Regional Airport.

The airport and the gorge are near each other.

PFAS is a group of man-made chemicals found in several types of products, Teflon and older types of firefighting foam among them. The contamination discovered in 2018 near the airport is believed to be from firefighting foam. The group of chemicals came to statewide attention several years ago after being discovered in well water around North Bennington and neighboring Hoosick Falls, New York. Prolonged ingestion of the chemical is thought to cause numerous illnesses. The state has since established a limit of 20 parts per trillion on certain types of PFAS chemicals.

“This is a first for us,” Robinson said of the AOT’s drone use. The agency has had a handful of drones for about a year now and uses them for a number of purposes, among them, bridge inspections. He said the drones can easily give road and rail bridges a looking over in spots that are hard for a person to reach. Also, the drones can view flooded areas, traffic snarls, roofs and any other situation a person on the ground might find hard to see. Drones can monitor dangerous areas or cover a lot of ground in search of a missing person as well.

The uses for the drones are almost too many to list, and new opportunities are found every day. The AOT is looking to do more to help other state agencies who could use their capabilities. Robinson said the AOT will likely purchase more drones and train more people to fly them. He said the agency is training current employees to use the devices.

Jon Kim, geologist for the Vermont Geological Survey, said Friday that the drones the AOT used were fitted with navigation technology that tells their exact position in relation to what they are recording visually. This lets the images be stitched together to create a map. The gorge lets geologists see what the bedrock in the area looks like, offering clues as to what the situation is like under the airport.

The drones aren’t the only device used to study groundwater beneath the facility, said Kim. Several wells were also drilled and probes dropped into them. The probes measure temperature, salinity and other components geologists can look at to tell them what kind of rocks are present. Radar and a basic camera were also used. This will all show where features such as cavities and seams are in the rock where groundwater flows.