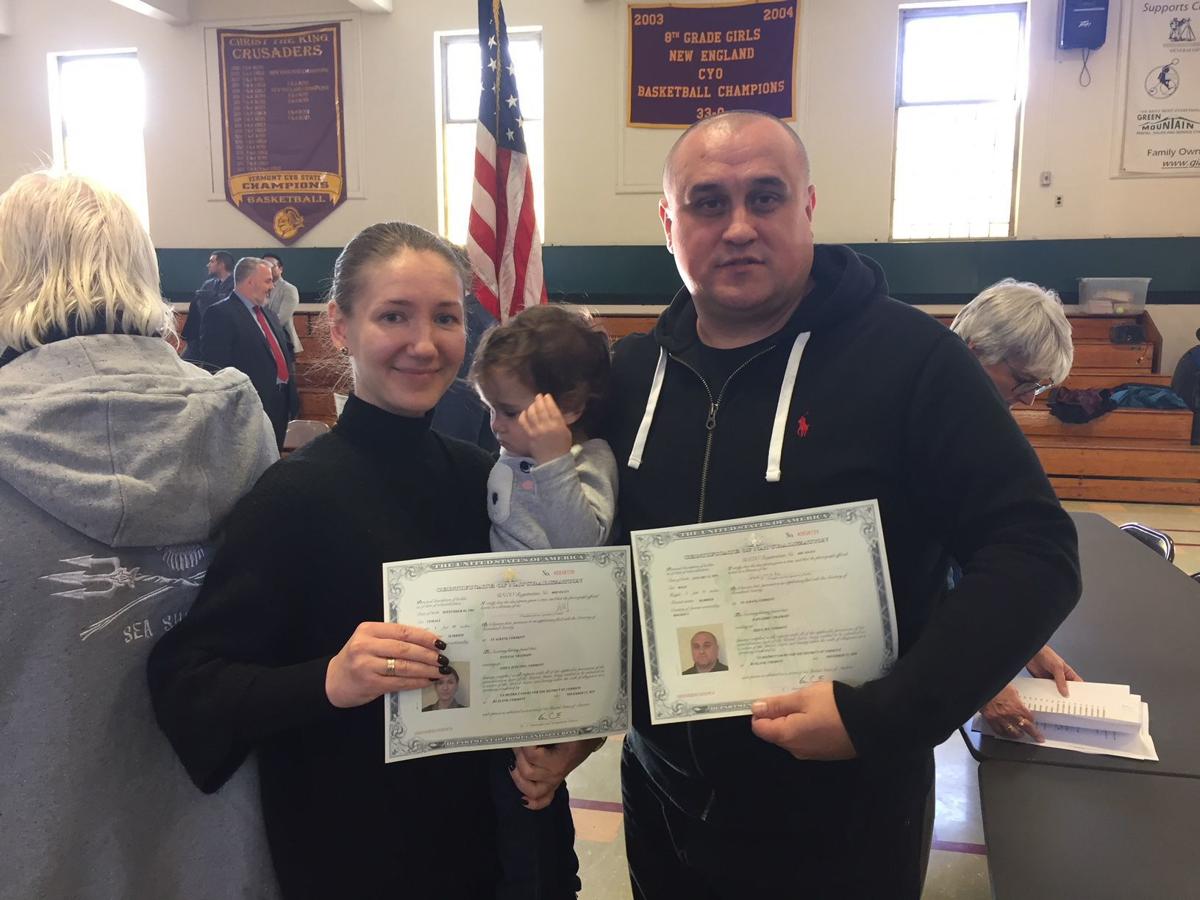 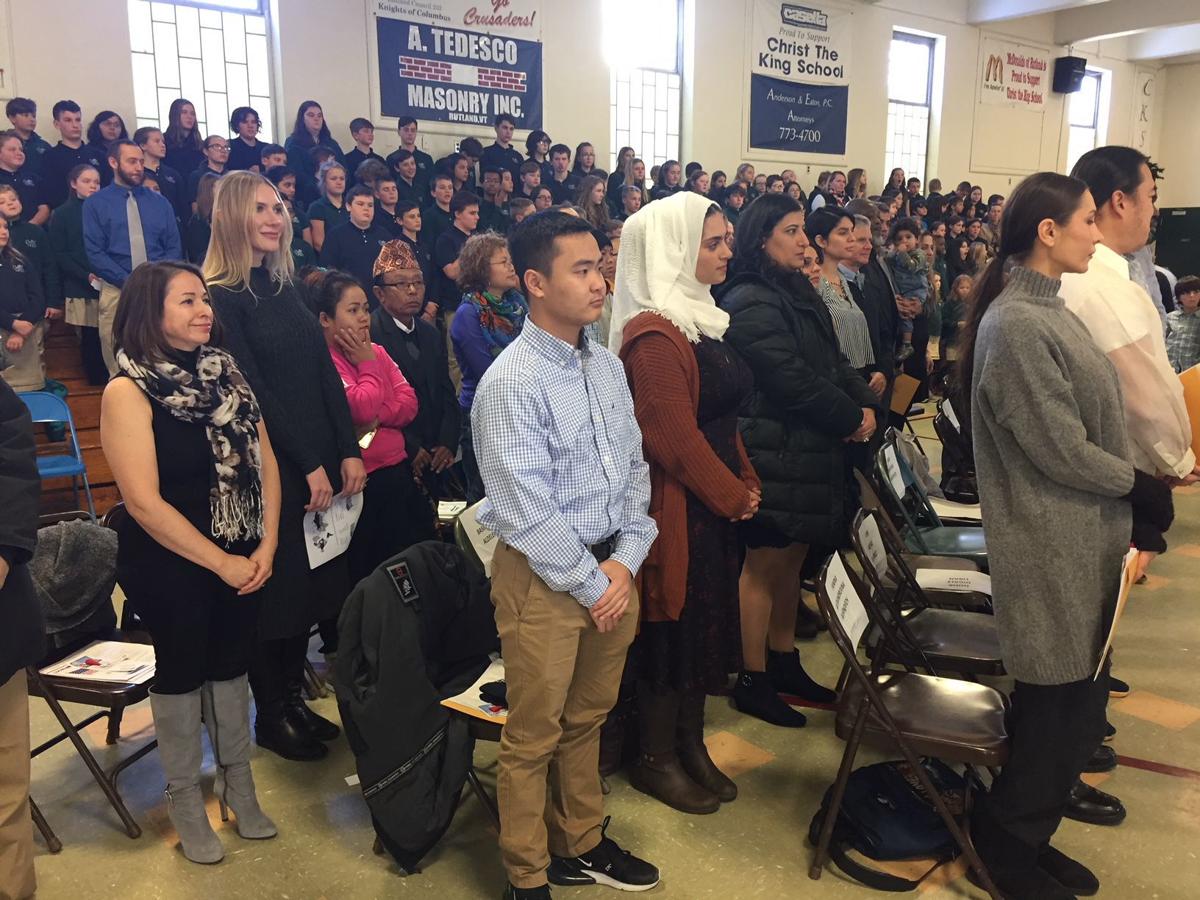 New U.S. citizens are shown at a naturalization ceremony at Christ the King School in Rutland last week.

New U.S. citizens are shown at a naturalization ceremony at Christ the King School in Rutland last week.

Almost 30 people from more than 15 countries, including Russia, Mexico, Iraq, Canada and Togo, got a warm welcome on a cold day last Wednesday as they became naturalized citizens during a ceremony at Christ the King School in Rutland.

Students from second through eighth grade at the private school sang “The Star-Spangled Banner,” “God Bless America” and “America the Beautiful” for the new Americans.

“In 1955, my grandparents took a monumental step and moved their family from Switzerland to the United States, specifically Vermont. It was not long after they established themselves here that they became naturalized citizens, which is a testament to their investment in being part of this country.” she said.

After becoming a U.S. citizen, Norma Schmidgall, 39, originally from Mexico, said she became a citizen by marrying an American. She said she and her husband lived in Texas for a year, and spent almost four years in Vermont.

Schmidgall is a staff accountant living in Burlington.

Ekaterina McGrath, 37, became a citizen after coming from Russia to the United States through marriage.

McGrath and her family live in Jericho.

Indra Rai, 38, from Bhutan, said he was coming to America as a refugee.

“Beautiful event. It’s good. Everything is good, you know it. Without the citizenship, you are against the wall,” he said.

A woman with Rai explained he was feeling good and happy.

The naturalization was performed by Judge Geoffrey Crawford, a chief judge for the U.S. District Court in Vermont.

“You’ll all leave here as American citizens. We’re very happy to include you among us,” Crawford said. “Although our theme today is welcome and new beginnings, we should all start by considering both the difficulties of the journeys you’ve made and the richness and the value of the heritage that you bring with you to this ceremony and to your lives in this country,” he said.

Crawford also took a few minutes to speak directly to the Muslim immigrants who took part in the ceremony on Wednesday.

He told them they were welcome and that it is their right to follow their religious beliefs in their new home.

Crawford said the people at the ceremony welcomed new citizens but also honored their heritage.

“You bring variety and energy and new ideas to us. You know a lot of things we do not know. You’ve had experiences that we want to hear about. We are fortunate that you’ve chosen to make your lives here. We need each one of you because of the gifts you bring,” he said.

After the ceremony, members of the League of Women Voters stood at a table at the rear of the school’s gym to sign up those who wanted to become voters.