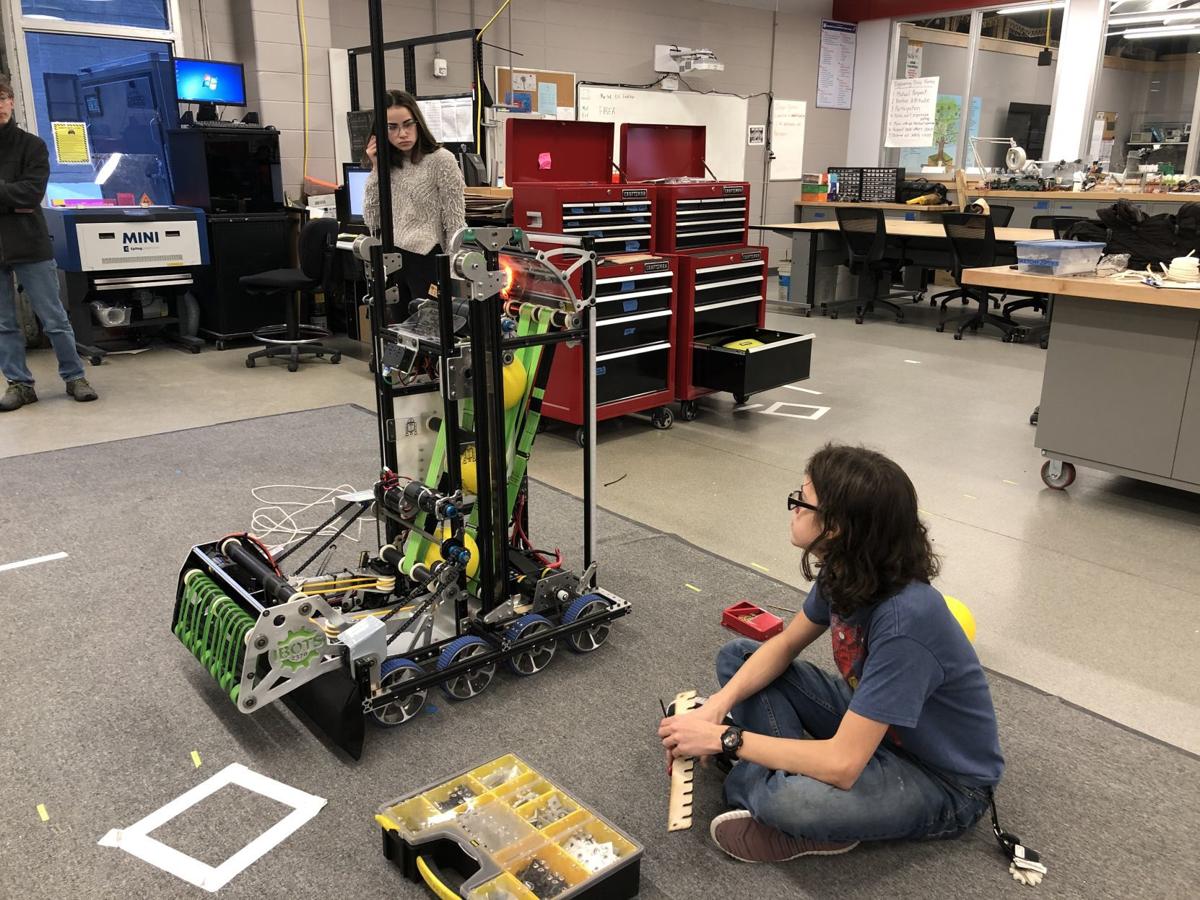 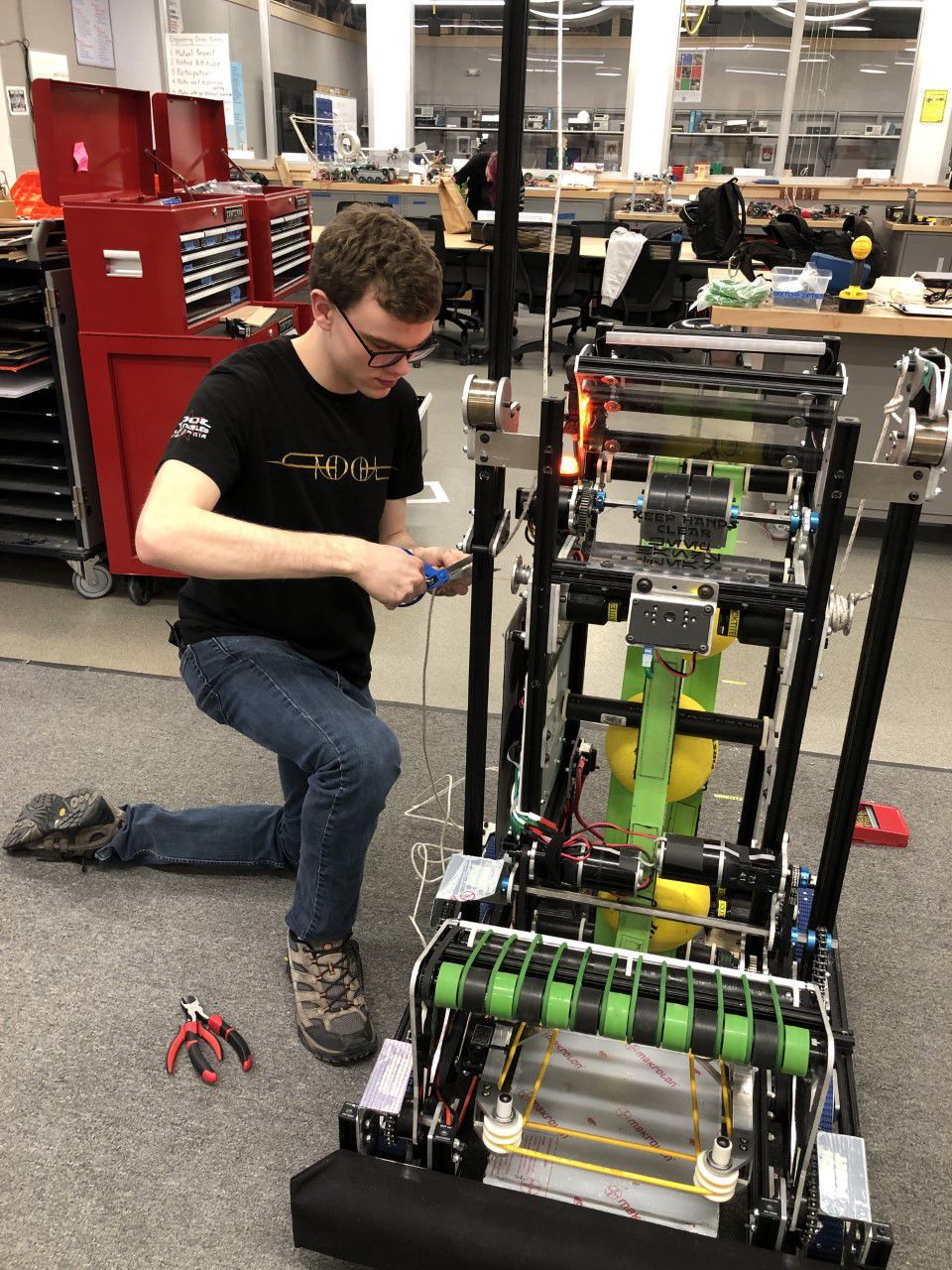 RUTLAND — The IBOTS have the droids you’re looking for.

Since 2008, the Stafford Technical Center robotics team has been using robotics to inspire students to pursue careers in STEM (science, technology, engineering and math).

This weekend the team will head to Woodstock, Connecticut, to compete against 40 other teams from around New England.

The IBOTS is one of only four robotics teams in the state that compete at the highest level of FIRST, or For Inspiration and Recognition of Science and Technology, a nonprofit group founded by inventor Dean Kamen that focuses on STEM education and stages robotics and engineering competitions around the world.

On a Saturday morning seven weeks ago, the IBOTS, along with 4,000 other teams around the world, gathered for the announcement of this year’s game. Called “Infinite Recharge,” the game was designed by engineers at Lucasfilm, which is a FIRST partner. Appropriately, the game has a “Star Wars” theme.

Since then, the 25-member IBOTS team has designed, built, wired and programmed a 125-pound robot, named “Chewie,” that will go up against other machines in a timed game, where it must both collect and launch rubber balls through targets to score points while competing robots play defense.

The team has spent 40-45 hours per week, including weekends and vacations, building Chewie on a maximum budget of $5,000.

Dan Roswell, network administrator for Rutland City Public Schools, is one of 10 IBOTS mentors offering guidance to the team.

“It’s a sport for the brain,” he said, explaining that competitions are modeled after sports competitions with teams, uniforms, and even a cheering section.

At competitions, team members each have a crucial role to play, including scouts, a pit crew, a drive team, technicians, photographers, an outreach team and ambassadors.

“Every kid’s working at all times,” Roswell said.

“All these companies show up because in four years, these kids — when they get out of college — these are the kids.”

He said being on a robotics team not only gives kids the technical experience, it also helps them develop soft skills.

“Now they know how to work on a project, manage their time, work on a team, show leadership skills,” he said.

The IBOTS are sponsored by GE Aviation Volunteers, Alderman’s and First Light Technologies, whose contributions help fund the program and cover the competition’s $5,000 entry fee.

In a final test run Wednesday evening at STC, the team was putting Chewie though the paces on a replica of the field on which it will be playing this weekend.

After a round of missed targets, IBOTS programming lead Max McCalla, a sophomore, tapped away at a laptop to re-calibrate the trajectory.

“It’s my job to make sure the robot can do what it needs to do efficiently,” said McCalla, who’s been on the team since seventh grade.

In the next round, the balls sailed through the target.

Freshman Emma Durney has been a member of a robotics team for two years. This is her first year with the IBOTS.

“At first, I didn’t want to do it. But when I came, I found out it’s so fun,” she said. “It gives me so many new opportunities that I wouldn’t have been able to get without the program.”

“We’re building a robot, but really the program’s about building kids,” said senior Kael Kysar, who’s been accepted to Rensselaer Polytechnic Institute for next year. “It’s about going to college — the skills that we teach.”

Kysar, said he has also applied to Harvard, Georgia Tech and a few other schools.

STC engineering instructor Guy Babb said the program is one of the area’s “best kept secrets.”

“Nobody their age gets to mess around with tools like this,” he said, showing off some of the industrial manufacturing machinery students have access to. “They walk out of here with a knowledge that puts them way ahead of their peers.”

“It teaches you a lot of new stuff,” Durney said. “In the beginning of the year, I barely even knew what different-size Allen wrenches there were.”

The IBOTS will compete again in three weeks at Western New England University in Springfield, Mass. If the team performs well there, it will return to Springfield for New England District Championships before heading on to the World Championship in Detroit, Mich.

This weekend’s event will be live-streamed on the Blue Alliance (www.thebluealliance.com).

Roswell anticipates a good showing. He said that since 2016, the team has been to the world championships three times.

“It’s a lot of hard work. We run them pretty hard, but they never disappoint me.” Roswell said.