Skip to main content
You are the owner of this article.
Edit Article Add New Article
You have permission to edit this article.
Edit
Home
Cover Story
Columns
Arts Preview
Featured
Scene Stealers
Bulletins
1 of 3 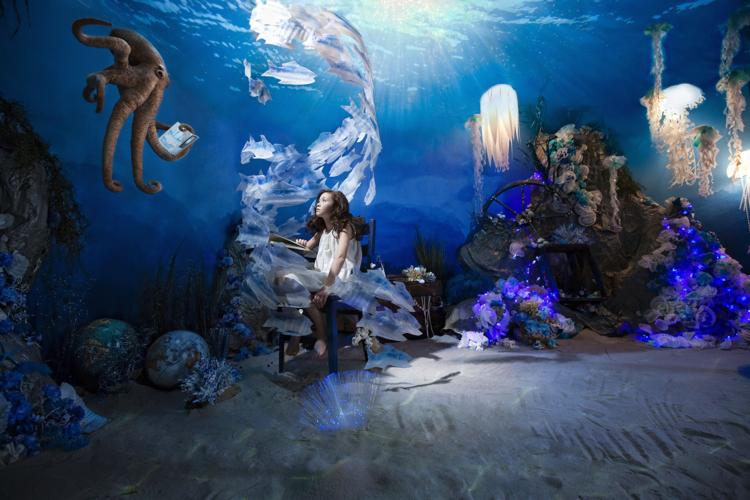 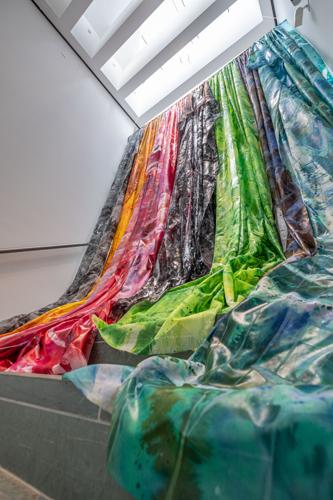 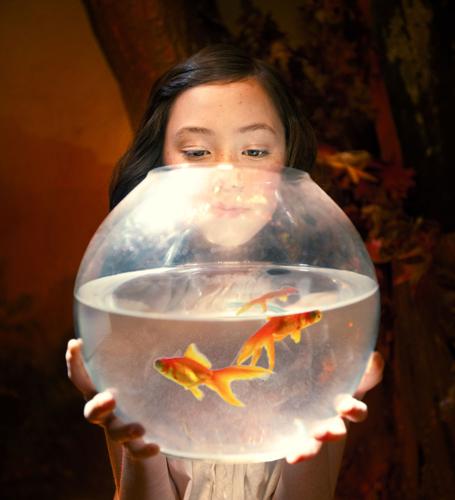 A little girl, Annie, sleeps in her bedroom, a cozy room all in white. Her white puppy lies on her white lace coverlet, gauzy white curtains billow at her window, white bloomers hang from a white line overhead. White birches stand in the corner beside a white picket fence. White bookcase, chair, bedside tables hold white hats, a white telephone, white ice skates, white cakes — exquisite white cakes. A white rabbit hopping around on the floor moves in on one of them.

With myriad delightful details, this photograph offers layers of discovery. Annie is about to make discoveries too. In a subsequent photo, out of bed, she opens a hidden doorway and glorious red comes pouring in — the beginning of her travels through the spectrum.

Adrien Broom’s “A Journey through Color” just opened in the Wilson Gallery at Southern Vermont Arts Center in Manchester. Also by Broom in the adjacent gallery is her “Holding Space for Creativity” with large-scale photographs taken inside historic homes that once belonged to artists.

Patty Hudak’s “There, Through the Broken Branches, Go,” an expansive installation of cascading panels of translucent painted fabrics, natural light bathing them, transforms the Wilson’s broad staircase and landings, drawing viewers into another world.

Hudak’s installation and Broom’s shows are the second set of “Women Take Wilson” exhibitions at SVAC. This series commemorates the centennial of the passage of the 19th amendment to the United States Constitution, prohibiting denial of women’s right to vote.

“The work in the broadest sense is a photography show, but unlike a traditional photography show it is more about concept,” explained Anne Corso, the SVAC’s executive director.

In “A Journey through Color,” Corso notes, “These images were created and born out of Adrien’s love of set design. She and her team create this meticulous set, this elaborate environment, then she photographs the set and the people, Annie in this work, interacting within the set.”

In the gallery, Annie’s journey emerges a bit like a filmstrip. Starting from the all white bedroom, photographs present her travels in realms of primary and secondary colors. For each one, a large-scale image immerses viewers into her sojourn there — from the brick and balloon and poppy strewn red world, complete with British telephone booth, all the way to the starry realm of the purple cosmos. Between these large images, smaller photographs, also on printed-on vinyl, offer moments — sipping green tea, holding downy yellow chicks. Clever portals open the way from one to the next.

“Journey Through Color” definitely will appeal to young viewers who are likely to find details more senior ones may miss.

“Holding Space for Creativity” features large-scale photographs by Broom taken in historic homes and homes of artists and writers.

In the Lee Krasner-Jackson Pollock images, Broom went to the artists’ home and studio in East Hampton. Models evoke the famed residents and their complex relationship. In one image, viewers see a man, cigarette dangling from mouth with a swirl of smoke rising, bent over a new expanse of canvas on the floor — Pollock’s approach in his drip technique paintings.

Broom’s full-scale photograph of the studio floor is shockingly real, drawing the viewer into these past moments of Pollock’s creativity. In further images, with a model in the role of Krasner, Broom illuminates their relationship, and along the way quietly reminds viewers how Krasner’s own extraordinary talent was kept in Pollock’s shadow.

Other photographs include images from Alice Austen’s home and the very grand 300-plus-room Wentworth Woodhouse country house in Yorkshire.

Hudak’s stunning installation “There, Through the Broken Branches, Go,” draws its title from the W.B. Yeats poem “Two Trees” and responds to the metaphysical experience of moving through the woodlands of Vermont.

Seven 15-foot-long painted fabric panels drape down toward the stairs from on high — light from the glass wall atop the stairs illuminating them. Veil-like, they invite the viewer to contemplate the act of passing through.

Hudak was recognized as one of the 2020 Vermont Artists to Watch by the Vermont Art Guide. Hudak turns to nature in much of her work.

“After spending 12 years in three of the most densely populated cities in the world (Hong Kong, Beijing and Tokyo), reconnecting with nature is awakening my sense of my place within it,” she notes in her artist’s statement.

Also at SVAC, in Yester House are solo exhibitions by member artists.

Southern Vermont Arts Center presents “Two Sides of a Dream: Adrien Broom” and Patty Hudak’s “There, Through the Broken Branches, Go,” through Nov. 1, in SVAC’s Wilson Gallery, 930 SVAC Drive in Manchester. Aloso on exhibit are solo exhibitions by SVAC members are in Yester House through Oct 4. Hours are: 10 a.m. to 5 p.m. Tuesday-Saturday, and noon to 5 p.m.; admission is $10, $5 for seniors and students; call 802-362-1405, or go online to www.svac.org