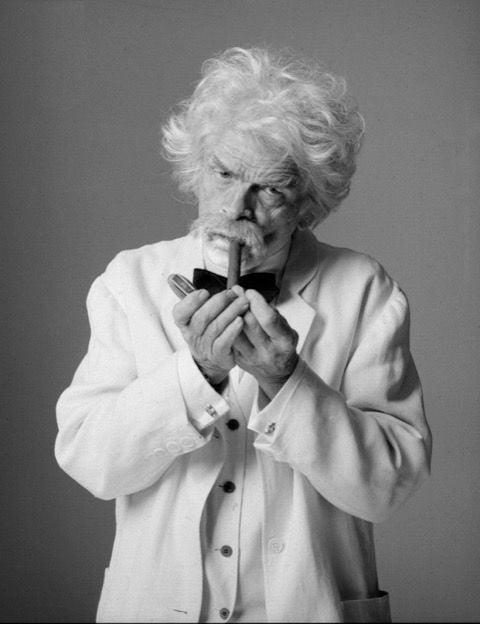 Ron Crawford brings his one-man show “Travels with Mark Twain,” part of Little Yellow House Studio’s “Tea & Twain,” to Zoom on April 24 and 25, and May 1 and 2. 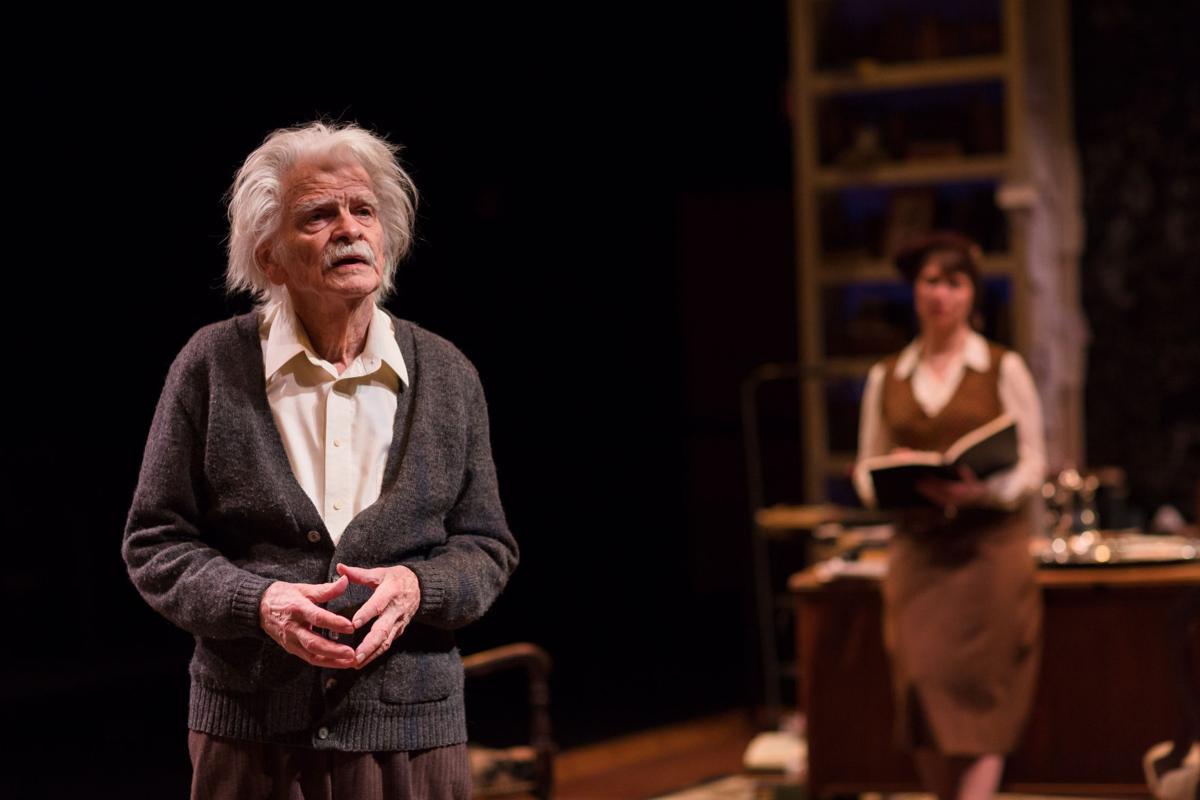 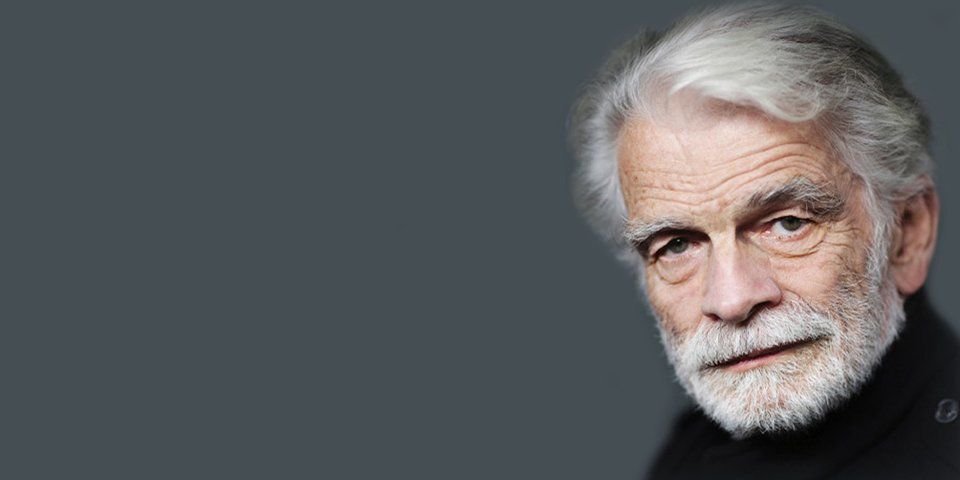 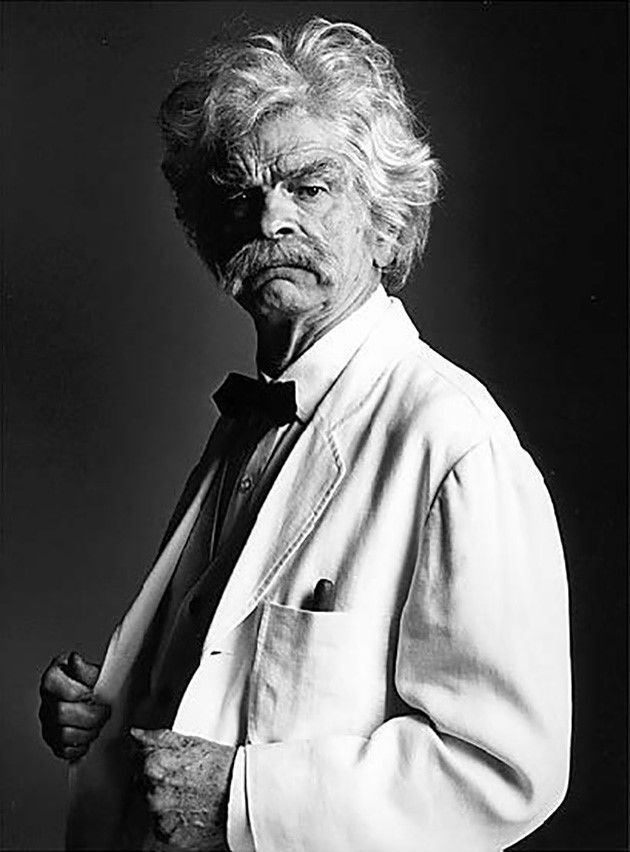 Ron Crawford brings his one-man show “Travels with Mark Twain,” part of Little Yellow House Studio’s “Tea & Twain,” to Zoom on April 24 and 25, and May 1 and 2.

Actor Ron Crawford’s odyssey as Mark Twain began many years ago when a stage designer at Dorset Theatre Festival told him he looked like America’s quintessential and irascible author — and convinced Crawford to do a short monologue for a fundraiser.

“That got me started,” Crawford said from his New York City home. “Since then, I’ve been all over the place.”

Little Yellow House Studio of Andover will present “Tea & Twain,” featuring Crawford’s one-man show “Travels with Mark Twain,” via Zoom at 7 p.m. Saturdays, April 24 and May 1, and at 4 p.m. Sundays, April 25, and Sunday, May 2. Viewers are invited to a virtual tea party starting 30 minutes before each performance.

“Travels with Mark Twain” is based on Samuel Langhorne Clemens’ (1835-1910) traveling lecture series, featuring readings from some of his most beloved works, including “The Adventures of Tom Sawyer” (1876), “Adventures of Huckleberry Finn” (1884) and “The Diaries of Adam & Eve” (1906). The 55-minute performance reimagines Twain’s lectures — a predecessor to stand-up comedy — from more than a hundred years ago, his adventures as a steamboat pilot on the Mississippi River, his mining days out West, the Hawaiian Islands and his first tour of Europe along with his caustic, humorous observations. And a few tall tales.

As an actor, Crawford has appeared on film, television and Broadway. He was cast in the original Tony Award-winning Steppenwolf production of “The Grapes of Wrath” as it progressed from Chicago to London to Broadway and became a TV special on PBS. In Vermont, he has performed at Dorset, Vermont Stage in Burlington and Weston Playhouse.

“Mark Twain was a great American writer, perhaps the greatest,” Crawford said. “Before him, American writing followed the European model. He had the American idiom down. He wrote like an American — and the response was huge.”

Crawford’s show actually began in an old bookstore in Evanston, Illinois, where he lived at the time.

“Way in the back I found this little thin book — I forget the title of it — they were transcripts of his actual lectures,” Crawford said. “When he would go from town to town he was so popular they would sell out. And the newspapers would send a reporter who could do shorthand. They’d take down his lectures verbatim and publish them.”

There were five of Twain’s lectures in the book.

“I just selected my favorite things. And over the years, I’ve read every book I could find on him, and added things,” Crawford said. “Whenever I find anything really good, I put it in.”

Audiences find parts of Crawford’s show unexpected, though it remains true to Twain.

“He’s a bit raunchy,” Crawford said. “He smoked 20 cigars a day and drank whiskey liberally. When he was a youngster out West in California, he would swordfight, have a duel with people. He was a wild man. It was only his wife who corralled him and calmed him down. That was a wonderful relationship — their relationship is a whole play in itself.

“As I learned it, it became more and more surprising — and deep,” Crawford said.

Crawford’s favorite part is “The Diaries of Adam & Eve.”

“I do that at the closing,” he said. “He’s translating the diaries of Adam and Eve. It’s very short, but it’s very powerful. He’s got men and women down to a T.”

Interestingly, Crawford did not begin his theatrical career as an actor. He’s been an artist since the age of 5 — and still is — but, for years, he was an animator.

“In college, I studied film,” Crawford said. “For a dozen years or so, after I got married, I was a cameraman. I got tired of traveling and being away from my family — the more camerawork I got, the more I was gone. So I said I could draw, and I knew how to take movies, I could do animation. I did that for 15 years or so, in Evanston.”

Acting came almost by chance. A friend who worked in a nursing home mentioned a resident that repeatedly clicked his fingers, saying “I wish I tried that, dammit!”

“I thought, ‘There’s a piece of advice’,” Crawford said.

He had always wanted to act so started taking acting classes. He happened to know Frank Galati who was working on “The Grapes of Wrath” for Steppenwolf.

“One day, he cast me in the ensemble — and it was almost three years of extreme adventure,” Crawford said. “It started out in Chicago, ran for a month. It got terrible reviews — it was way too long. So we went out to California, in La Jolla, and they trimmed it down to three hours exactly. It went to New York, Broadway, where it won two Tony awards. Then it went to London.

“That was my first job,” Crawford said. “It was a ridiculous strike of lightning.”

“Tea & Twain” is the inaugural theater production presented by Little Yellow House Studio, launched in 2020 with a mission to educate and inspire students of the arts and grow community through the performing arts. The studio also offers voice, acting, musical theater and communications coaching, educational residencies, virtual and live music concerts as well as video production services.

“Ron as Twain is simply a delight,” explained Susan Haefner, Little Yellow House Studio founder and director. “Audiences are in for quite a treat, in the comfort of their own living rooms.”

Little Yellow House Studio of Andover presents “Tea & Twain,” a virtual one-man show “Travels with Mark Twain” starring Broadway and TV actor Ron Crawford, via Zoom at 7 p.m. Saturdays, April 24 and May 1, and at 4 p.m. Sundays, April 25 and May 2. Viewers are invited to a virtual tea party starting 30 minutes before each performance. Admission is “pay what you can” ($15 per viewer recommended); for Zoom link or information, go online to littleyellowhousestudio.com/events/