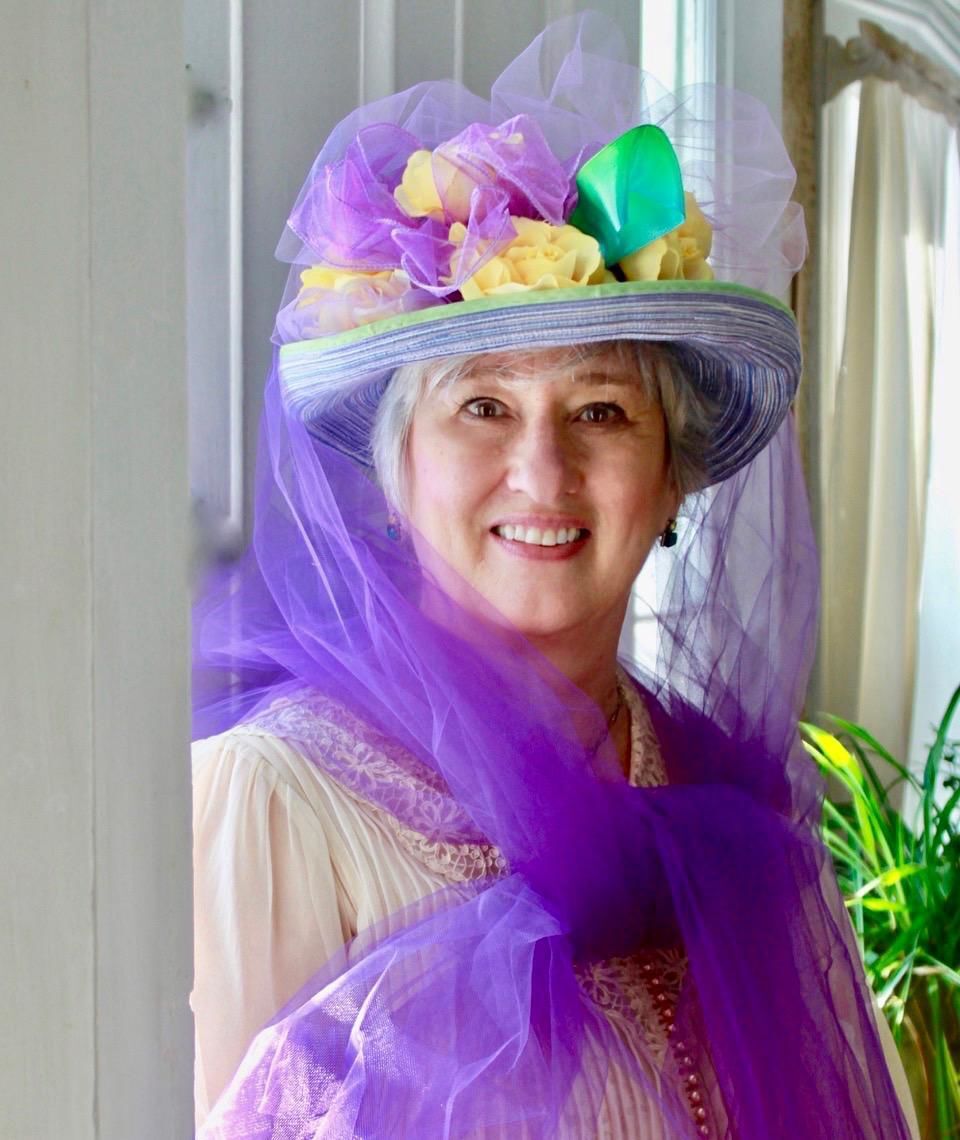 Middlesex mezzo-soprano Linda Radtke brings her “Vermont History through Song” to the Vergennes Green Sunday, presented by the Rokeby Museum. The costume is by Lois Jackson. 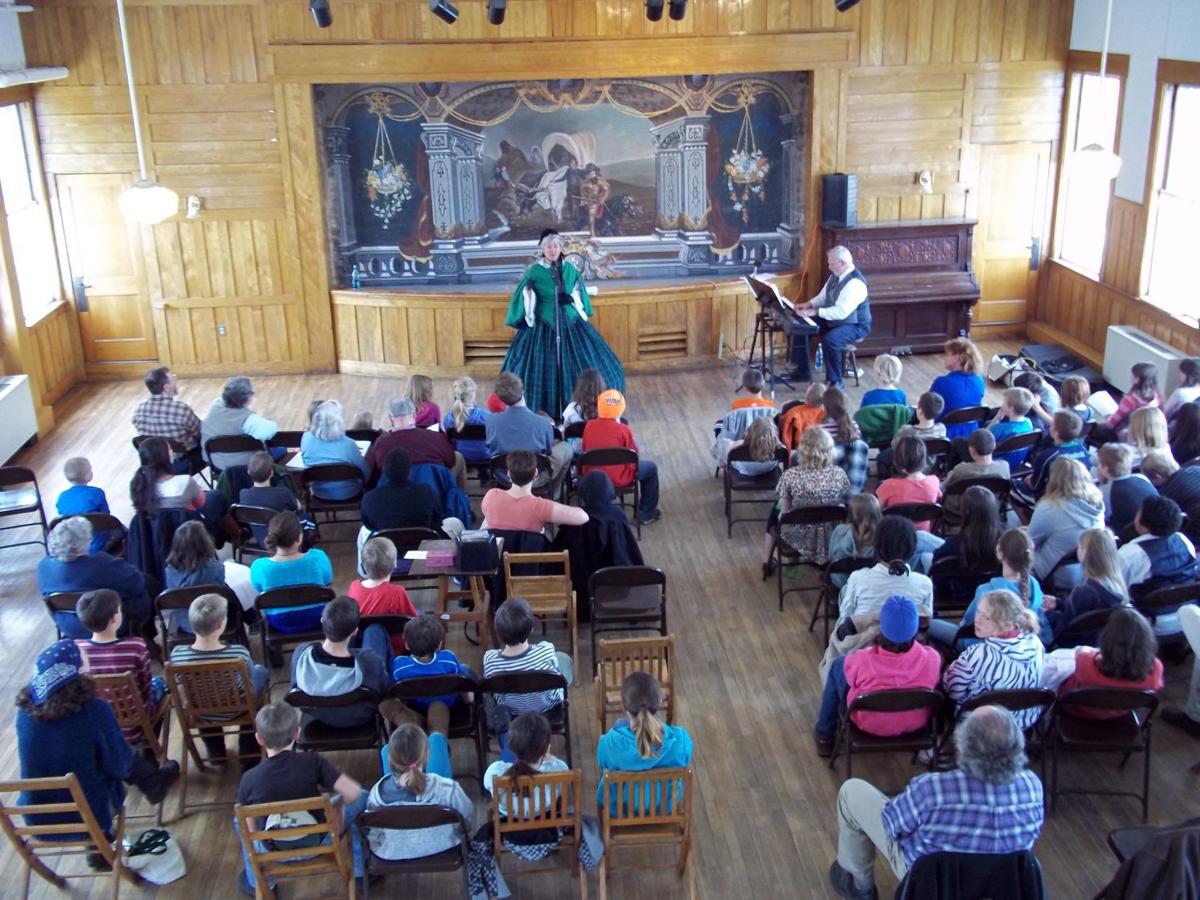 Before the COVID-19 pandemic Linda Radtke toured her “Vermont History through Song” throughout the state. Here she is at the Cabot Town hall with its historic theater curtain and Barre pianist Arthur Zorn. 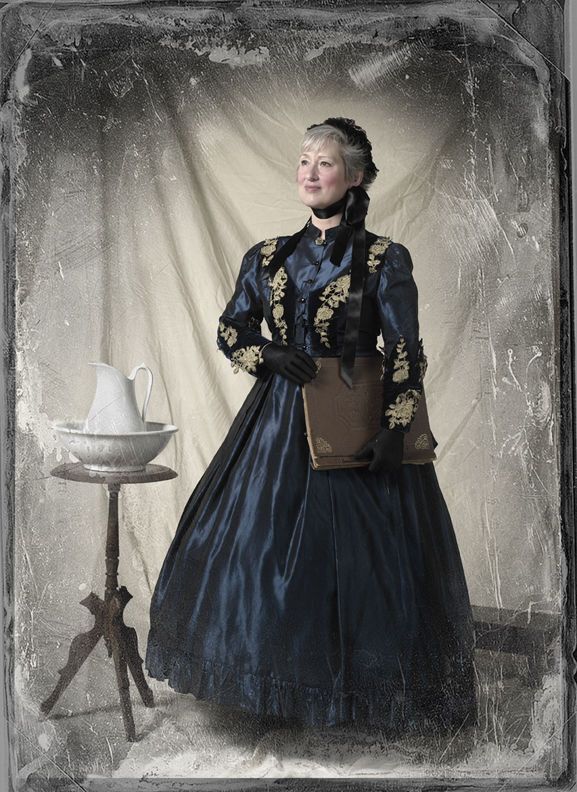 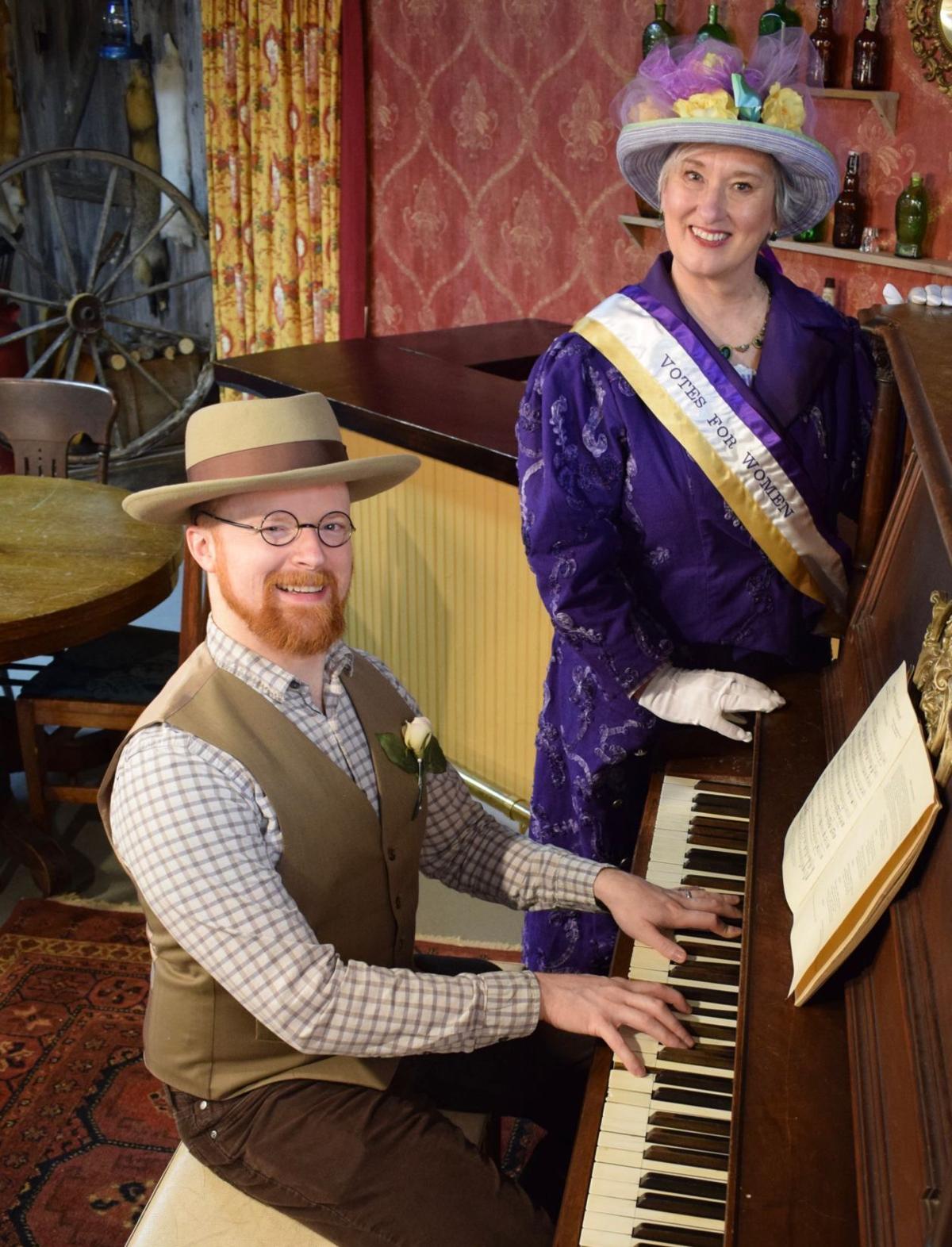 Linda Radtke in performance with pianist Cameron Steinmetz, of Williston.

Middlesex mezzo-soprano Linda Radtke brings her “Vermont History through Song” to the Vergennes Green Sunday, presented by the Rokeby Museum. The costume is by Lois Jackson.

Before the COVID-19 pandemic Linda Radtke toured her “Vermont History through Song” throughout the state. Here she is at the Cabot Town hall with its historic theater curtain and Barre pianist Arthur Zorn.

Linda Radtke in performance with pianist Cameron Steinmetz, of Williston.

Mezzo-soprano Linda Radtke has performed all over the state for decades. She has her own Sunday morning program on Vermont Public Radio, and had dozens of performances lined up this year that had to be canceled because of the COVID-19 virus.

When you talk with her, her knowledge and obvious passion for music is engaging, but her 30-plus year music career is not what she considers her full-time profession. For someone who has done so much with and for music, she deliberately chose not to make a full-time career of it.

If you go back to Radtke’s high school days, she remembers learning opera arias back then. And music was her focus in college, “but it was never anything that I thought I would do professionally,” she said.

“In college I focused on singing in choirs and opera,” Radtke said, but she chose teaching as her profession, spending 31 years at Duxbury’s Harwood Union High School in the English and drama departments. “I kept music always as just a passion. I wanted to keep that as something I enjoyed on my own.”

“For me choral music and oratorio is what I like the most, but I’ve certainly been in operas and musicals,” she said. “A lot of Gilbert and Sullivan — that was important to me when I first came here.”

“A pivotal thing for me was getting into Counterpoint,” she said. “This wonderful man, now passed away, Robert DeCormier, had a really distinguished career, being the music director for Peter, Paul and Mary, and Harry Belafonte, and he was looking for professional singers throughout the state. That was pivotal for me in terms of my commitment to singing and the joy I got out of it.”

In addition to her performances with Counterpoint and Burlington’s Oriana Singers, she became one of the state’s go-to soloists, including many performances of Handel’s “Messiah” and Beethoven’s Ninth Symphony. She also began hosting a program on choral music for the all-classical WCVT radio station in Waterbury.

“I just loved playing classical music and learning about it and offering it to the public,” she said.

That station went out of business but it wasn’t long before VPR called and offered Radtke a time slot. The popular VPR Choral Hour airs on Sunday mornings.

“I love it because I’m learning about new releases, and researching composers, and these days there are no choral concerts because of the virus, so I’m playing choral music that singers can sing along to at home.”

Unfortunately, with singing, voices carry farther, which means droplets carry farther, so there have been special rules about singing since the COVID-19 pandemic began, making live performances difficult.

Still, “Vermont History through Song,” Radtke’s entertaining and enlightening program of Vermont songs, will be her first in-person concert since the pandemic. It will take place 3:30 to 4:30 p.m. Sunday, Aug. 30, outside on the social distance-friendly Vergennes Green.

It’s a program Radtke put together in part with the Vermont History Center in Barre, which has a collection of old sheet music. “I started looking at those and thinking they should get out of the vault,” Radtke said. “Some of them haven’t been out of people’s piano benches since the 1850s.

“Nobody’s heard them, they’re not recorded, so that’s the other thing I feel a real mission for — to bring these out in the open air and have 21st-century people engage in that world, where every farmhouse had a piano and people would sing and make their own music before they had radio.”

“They give you such a window into Vermont in days past,” Radtke said. “There’s a real sense of community in a lot of these songs. And it’s exciting to hold that piece of music in your hand.”

Audiences will hear 19th-century parlor songs, songs from the temperance movement and the Civil War, women’s club song contest winners, songs from the women’s suffrage movement, as well as the 1798 “The Green Mountain Farmer,” and the 1923 campaign song, “Keep Cool and Keep Coolidge,” among others.

“It’s a spiritual thing, an aesthetic thing and a physical feeling for me, especially singing with other people,” Radtke said. “You’ve got your brain working, your heart working, and it’s intensely satisfying. The joy you get from singing is something that’s just remarkable for me.”