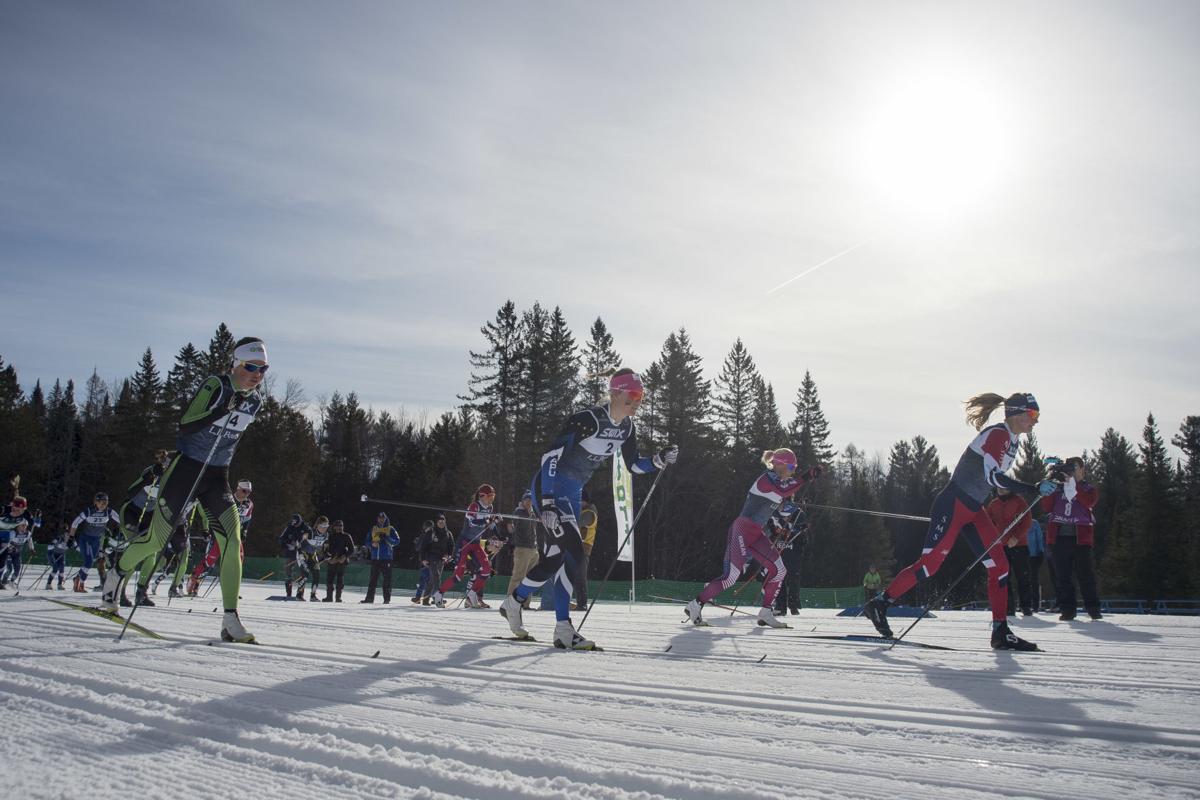 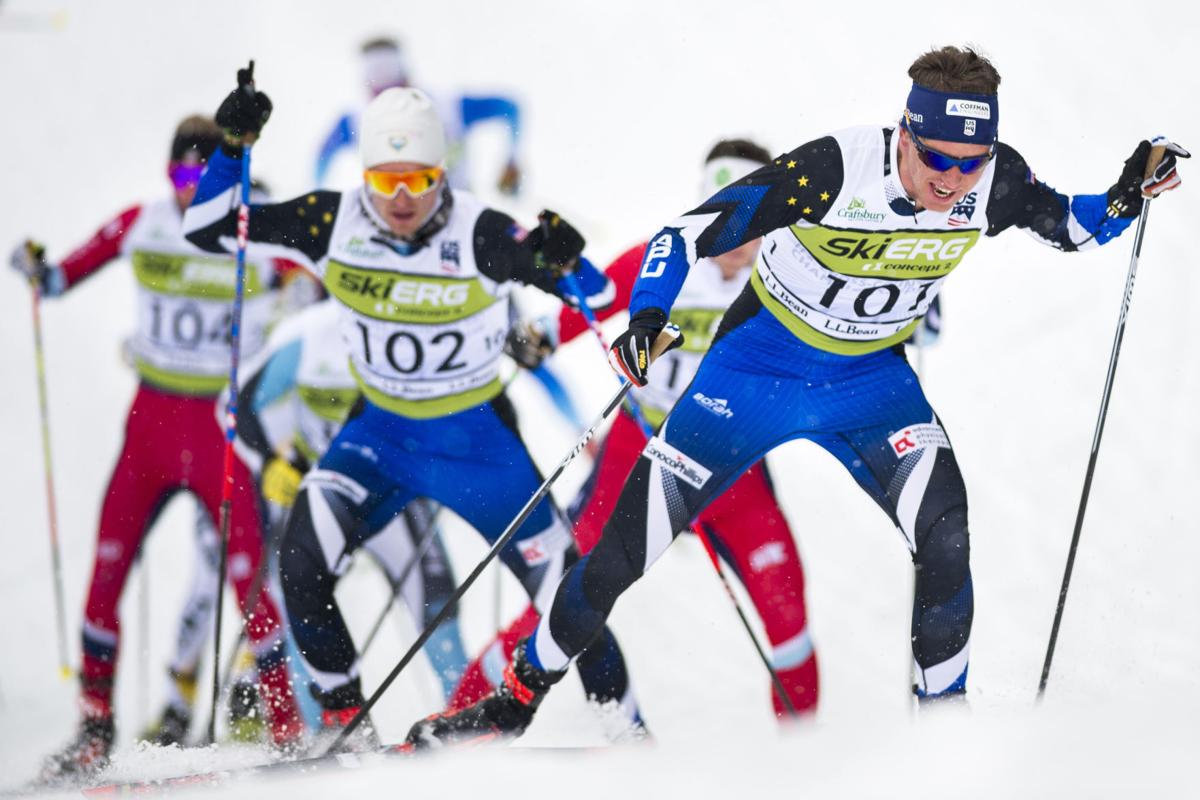 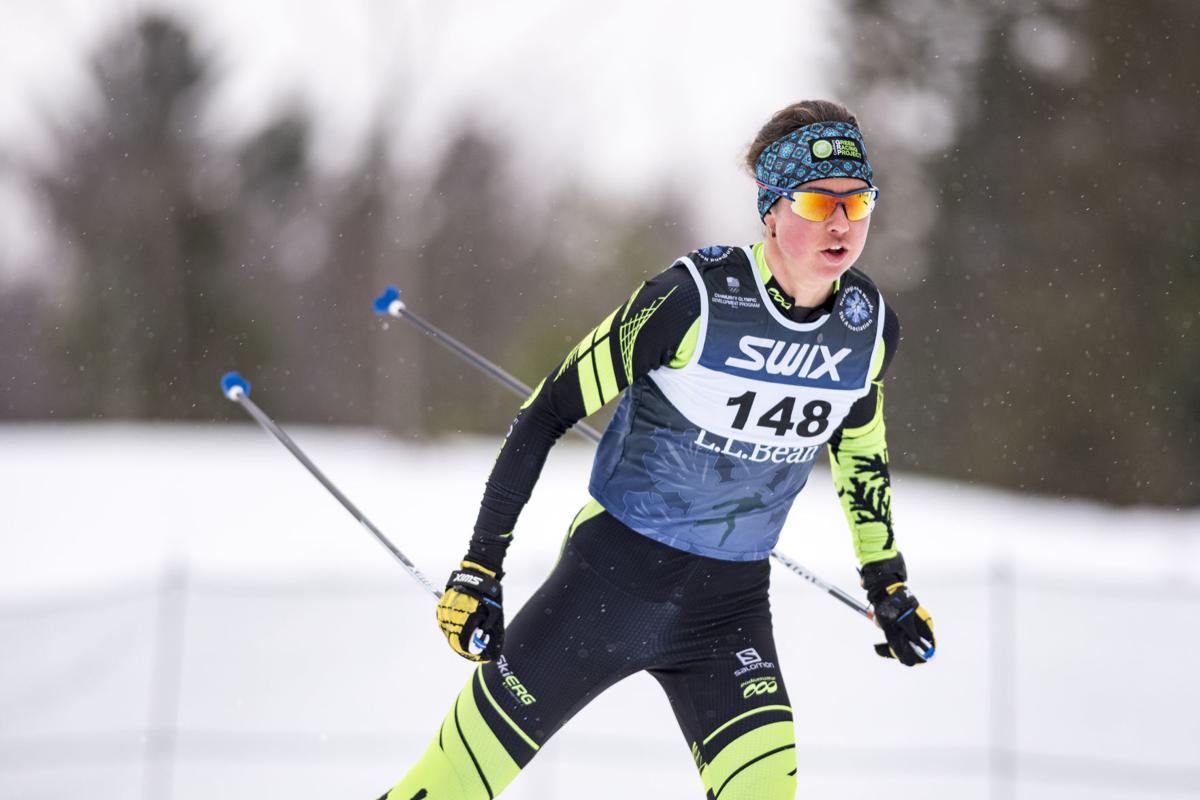 Caitlin Patterson starts her qualifying race during a sprint event in Craftsbury.

Caitlin Patterson starts her qualifying race during a sprint event in Craftsbury.

Jessie Diggins did it again.

The Olympic gold medalist entered Wednesday’s fifth event of the Tour de Ski with intentions of hanging tough – and not necessarily to make a spectacle. As the leader in the eight-stage competition, the 29-year-old had to get away safely and stay out of trouble amid a field of 49 skiers in Tolbach, Italy.

That didn’t stop the Stratton Mountain T2 Elite athlete from returning to the World Cup podium for the fifth straight race.

Diggins took advantage of fast skis, fresh classic tracks and a world-class engine to place third during a 10-kilometer pursuit. With three events remaining, she leads teammate Rosie Brennan by 22 seconds in the overall standings. Russia’s Yulia Stupak is 58 seconds off the lead pace in third place, while Sweden’s Frida Karlsson trails by 1 minute, 29 seconds and sits in fourth place.

Diggins started first but slipped near the 4k mark while making a left-hand turn on a downhill. The minor miscue allowed Brennan, Stupak and Sweden’s Ebba Andersson to catch up to her. The group skied together heading into the final few kilometers, with Brennan falling behind slightly. Diggins took the left lane in the stadium and was outlunged by Andersson in a battle for second place at the finish.

Athletes will rest Thursday before returning to action with three competitions in Val di Fiemme, Italy. Wax technicians will have to be on top of their games as athletes prepare for Friday’s classic mass-start races and Saturday’s classic sprints.

If Diggins can maintain her lead, she will start first during Sunday’s finale: a 10k freestyle hill climb up the downhill skiing course on Alpe Cermis. The final 3.6k feature an average gradient of 11.6%. and an elevation gain of 1,400 feet.

Brennan is also a top contender for the Tour victory. The 32-year-old is the overall World Cup leader and also sits in first place in the distance standings. She earned back-to-back victories in Davos, Switzerland on Dec. 12-13, winning a freestyle sprint and a 10k skate event.

Diggins opened the Tour by placing third in Friday’s freestyle sprints in Val Mustair, Switzerland. On Saturday she was third in the 10k classic at the same venue, finishing 0.8 seconds behind Sweden’s Linn Svahn. She won Sunday’s 10k pursuit by 5.6 seconds over Brennan and edged her teammate by 14.8 seconds in Tuesday’s 10k freestyle race.

Teammates Katharine Ogden (20th), Hailey Swirbul (22nd), Caitlin Patterson (39th) and Julia Kern (41st) are delivered strong showings Wednesday. All four have been steady the past week and are eyeing top-30 results in the general classification. Ogden is a multi-time NCAA champ for Dartmouth College who placed 28th at the 2020 Tour de Ski. Swirbul is 18th in the overall results and is followed by Ogden (22nd), Patterson (37th) and Kern (39th).

On the men’s side, Tour leader Alexander Bolshunov won by 55.5 seconds over fellow Russian Ivan Yakimushkin. Countryman Evgenly Belov was a split-second back in third place. France’s Maurice Manifican (sixth) was the only non-Russian among the top-nine finishers.

Rising U.S. star Gus Schumacher was 2:13.5 off the winning pace while finishing 15th. Former University of Vermont standout Scott Patterson placed 36th, while teammate Kevin Bolger was 46th in the 60-skier field. Schumacher is 6:18 behind Bolshunov entering the final three races. He holds down the 23rd overall spot, while Patterson is 36th and Bolger is 52nd.