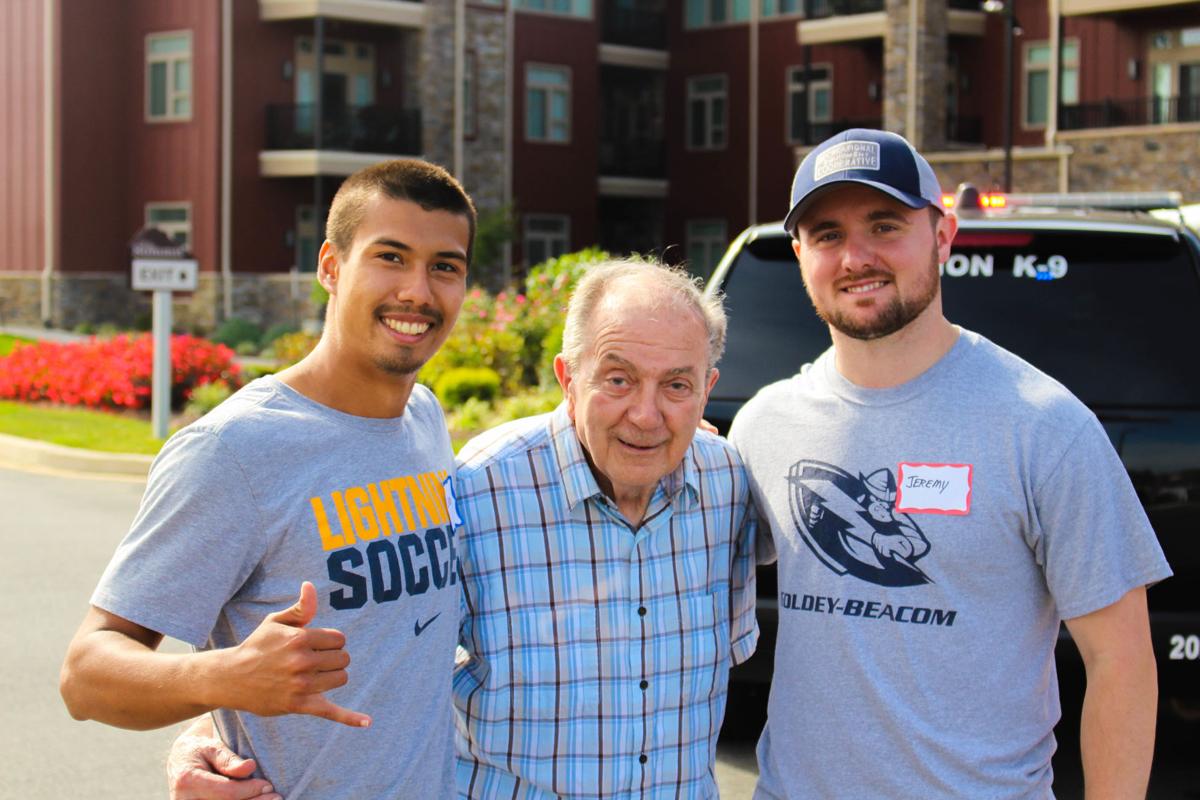 Jeremy Benoit, right, stands with an alumnus and a Veteran during community service work at the Summit Retirement Community. 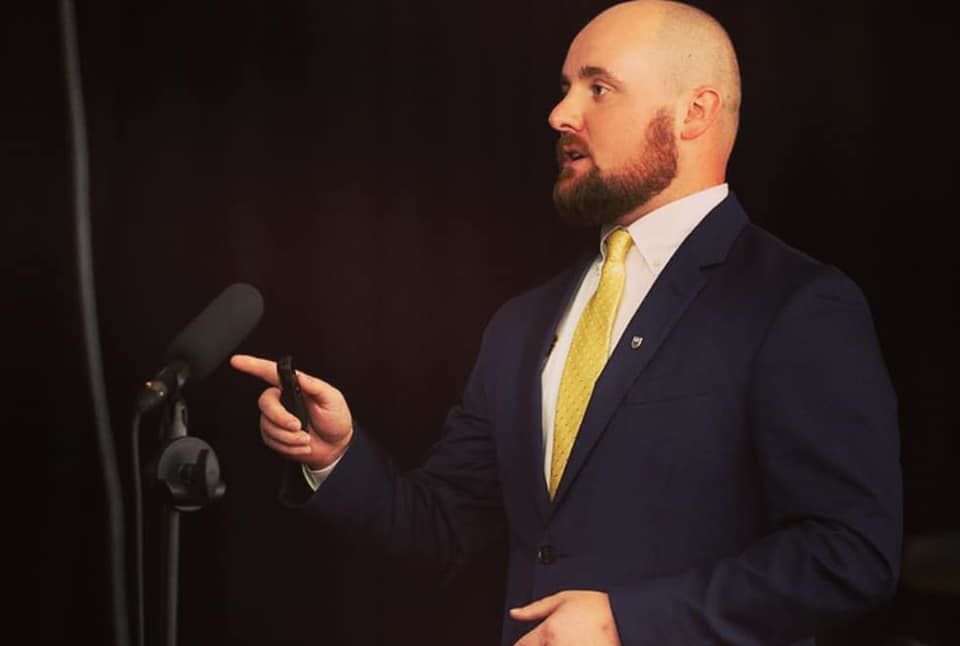 A photo of Jeremy Benoit doing a TEDx Talk.

Jeremy Benoit, right, stands with an alumnus and a Veteran during community service work at the Summit Retirement Community.

A photo of Jeremy Benoit doing a TEDx Talk.

Ever since Jeremy Benoit saw Tom Cruise playing Jerry Maguire in the movie, he wanted to be a sports agent.

He envisioned the job to be glitzy and glamorous.

Until he got to Castleton University. After a couple of years on campus majoring in the Sport Management program, Benoit saw his life in college athletics administration.

Now, Benoit is the Associate Director of Athletics at Goldey Beacom College, an NCAA Division II school near Wilmington, Delaware.

The road was not easy.

After graduating from Castleton and doing a two-year graduate assistant stint in Castleton Athletic Director Deanna Tyson’s office, Benoit felt he was armed with the tools for success.

Unfortunately, there were a lot of other people who did not see it that way.

“I sent out more than 80 applications. I wasn’t getting any hits,” Benoit said.

Desperate, he took a summer internship in the Ivy League office in Princeton, New Jersey in the summer of 2015. He was getting paid $10 an hour and living in a third-floor apartment without air conditioning.

“I would go to the McDonald’s down the street just to stay cool,” Benoit said.

He finally got a break later that year when he received a call from Goldey Beacom. It was an entry level job but it was a start.

Benoit grew up in the seacoast region of New Hampshire, playing football for the Spaulding High Red Raiders in Rochester.

He was eyeing some Division III schools where he could play football. He looked at places like Western New England, Nichols College and Springfield College.

Castleton was appealing to him because he could get in on the ground floor of the football program. It was 2009, the Spartans’ first season of football.

He played four years for the Spartans, first as an outside linebacker and then as a defensive back.

He had valuable experiences away from the football field, too. He picked up his undergraduate degree in Sport Management with a minor in Business Administration.

While doing his graduate work at CU, he dealt with compliance regulations as related to athletes’ academic performance, administered game-day operations and assisted in administration courses.

Many of those classes were taught by Marybeth Lennox, coordinator of the Sport Management program.

“He always held the students to such a high standard,” Lennox said.

That wasn’t surprising since Benoit had always been known around Castleton as someone who held himself to a high standard.

“He was always so driven. He strove for perfection, sometimes to a fault,” Lennox said.

The feeling is mutual. Benoit is grateful for Lennox, Tyson and all the people he was able to draw from at Castleton.

“Marybeth has a depth of knowledge that you do not expect to find at a Division III school in Vermont,” Benoit said.

Another Castleton professor Andy Weinberg helped to set him up with an internship with the Spartan Race. He handled merchandise operations and customer service.

“That was kind of out of my wheelhouse,” Benoit said.

“They flew us all over the place to events. We went to Washington State, Georgia, Arizona, Miami, South Carolina and Indiana. We were flying someplace every other weekend.”

Filling out and distributing 80-plus applications can be a job in itself.

“That’s what it takes,” Lennox said. “I tell the students that they have to get used to rejection. It takes just the one time to get the right fit and he got it.”

He did. Benoit appreciates the Division II atmosphere and he likes the Wilmington area.

“It is a lot different from Vermont or New Hampshire where I grew up. We are right in the hub. It’s 30 minutes to Philadelphia and close to Baltimore and New York City.”

He figures his house is two to three miles from the home of President Elect Joe Biden, something that can bog down traffic a bit these days.

His life is rapidly changing. He will be getting married on Oct. 16 in Maine. Becky has a 3-year-old son Connor so he will soon be a family fan.

“That changes your perspective,” Benoit said. “I think we will be in this area for the foreseeable future.”

He was elevated to Assistant Athletic Director in 2016 and also serves as the Title IX Deputy Coordinator as well as an adjunct professor in the Sport Management department.

He appreciates the fact that the Goldey Beacom athletic director Tom Brennan has entrusted him with a lot of responsibility, everything from budgets to personnel evaluations to NCAA compliance matters.

It gives him a solid foundation for that next move whenever it should present itself.

If that is not enough hats to wear, when the golf coach recently left, Benoit took it upon himself to continue the recruiting efforts.

“We have a very good golf program. I didn’t want to see it take a step back,” he said.

He was on the ground floor of the Castleton football program. He sweated out a summer on the third-floor apartment in New Jersey.

The penthouse office can’t be far behind. Jeremy Benoit is on the move these days.