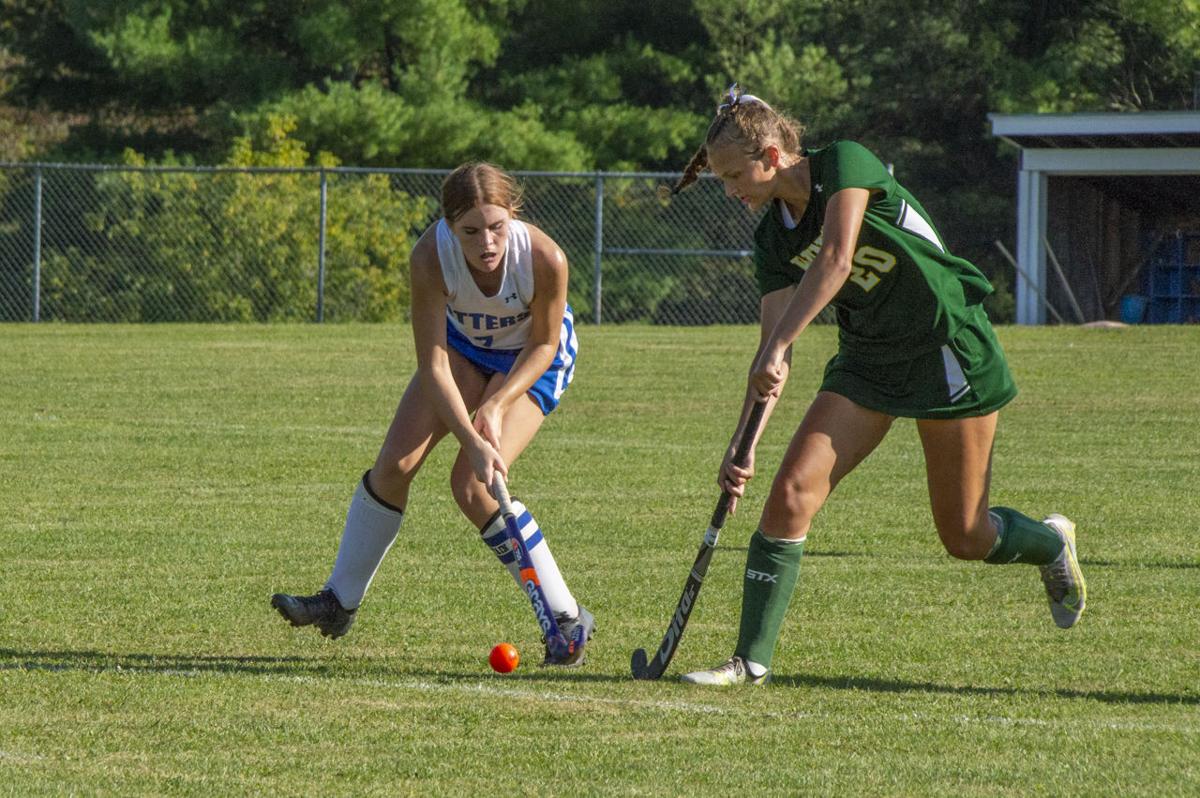 Windsor’s Karen Kapuscinski (20) tries to scoop the ball away from Otter Valley’s Alice Keith (7) during a field hockey matchup in Brandon. 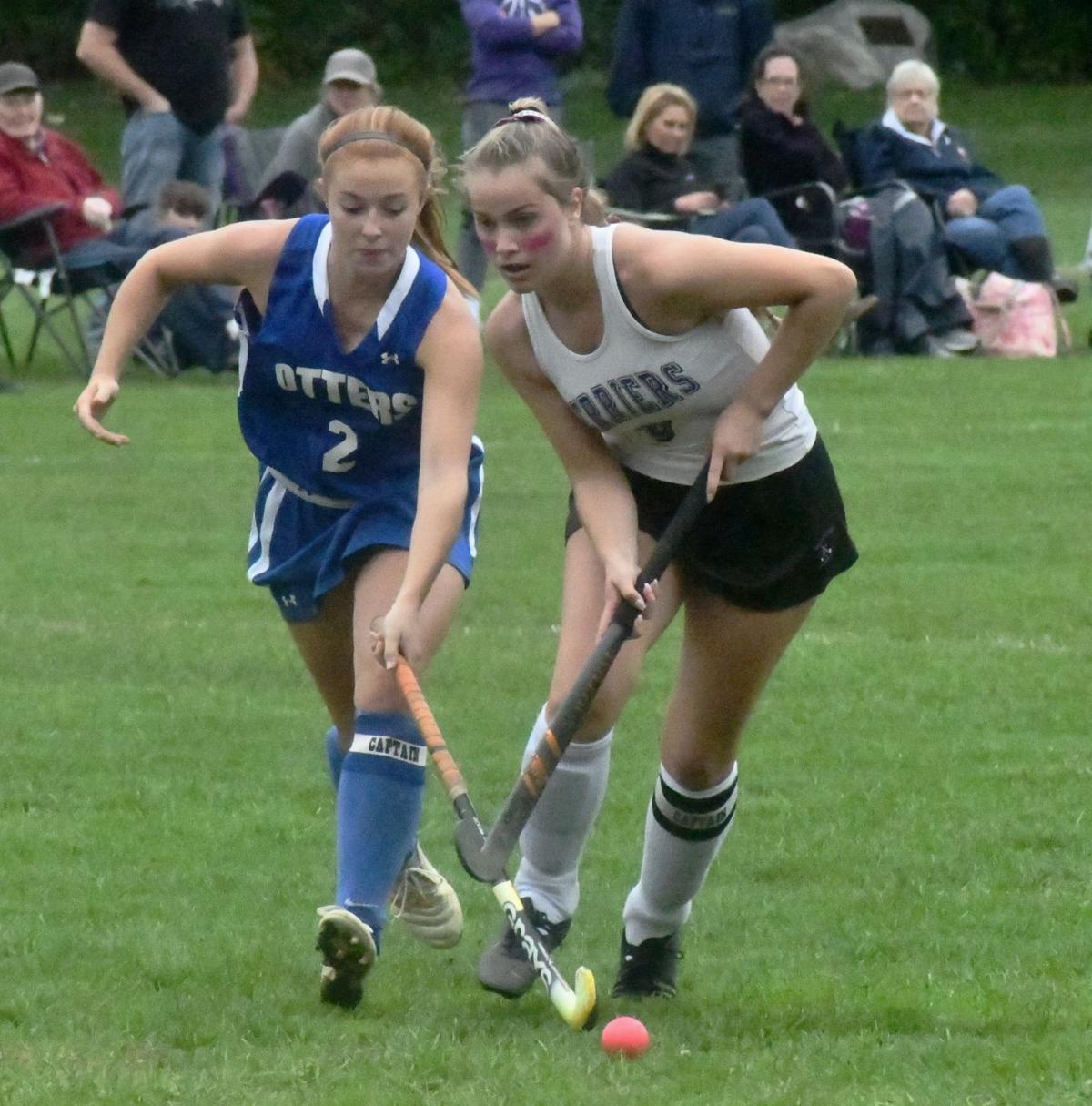 Otter Valley’s Riley Keith (2) and Bellows Falls’ Grace Wilkinson battle for possession during a game earlier in the season.

Windsor’s Karen Kapuscinski (20) tries to scoop the ball away from Otter Valley’s Alice Keith (7) during a field hockey matchup in Brandon.

Otter Valley’s Riley Keith (2) and Bellows Falls’ Grace Wilkinson battle for possession during a game earlier in the season.

The Keith name is splashed all over the business history of the town of Pittsford. It’s also prominent in Otter Valley field hockey.

Alice Keith repeats as the Rutland Herald Field Hockey Player of the Year but in 2021 she shares the honor with her cousin Riley Keith.

Their love of the game came through every game-day afternoon as their motors never stopped running.

The way that the season ended was a tough way to go out for the two seniors, a 2-1 loss at home to Spaulding in the Division II playoff game.

But it was a winning season in a big way with the Otters fashioning an 11-2-1 record.

Alice was the Energizer Bunny, playing as a midfielder who was such a big piece of the offense and defense. She would push forward, advancing the ball and then making the right pass. But she was equally adept at checking back on defense.

Her work rate was such that she expended a lot of energy.

When coach Jodie Keith wanted to take her out for a breather, Alice was never happy about it.

Riley was an offensive dynamo, dangerous whenever the ball got into the circle and always ready to pounce on a ball coming out on a penalty corner.

They were both captains this season and coach Keith says, leaders in different ways.

They have been playing field hockey together since the seventh grade.

They share a passion for field hockey but when it comes to the winter sports season, they go their separate ways.

Riley does not play basketball but don’t be surprised to see her in the gym practicing her delivery as a softball pitcher.

Jodie, Riley’s mother, believes field hockey was once Riley’s favorite sport but that it is now softball that occupies the biggest space in her heart. Riley plays during the summer for the Storm, an elite softball team.

The biggest growth in the cousins’ field hockey development through the years has probably been expanding their field hockey IQ.

“They now make the best pass to advance the ball, not just saying ‘who can I dump it off to,’” Jodie said.

Alice does not score a lot of goals. She acts more as a catalyst for the offense, getting the ball into the circle or to a a teammates’ stick that gave the Otters the optimum opportunity to score.

Riley had the challenge of coming back from an ACL injury this year. She played outfield for the Storm but until she executed the cutting required on a field hockey field, there was always at least a sliver of doubt.

She was in top form and the confidence grew as the Otters remained unbeaten (4-0-1) through the first five games.

Only one team can walk off the field winning its final game in each division.

It wasn’t the Otters but they won far more than they lost, much of the success because of two kids sharing field hockey and family.

When members of the Keith family sit down to dig into the Thanksgiving dinner, they can be thankful that field hockey plays such an important part of Otter Valley athletics — 15 state final appearances and six state titles.

They can be thankful for the run (34-12-3 record) that the Otters had during Alice and Riley’s four years wearing the Otter blue.

And they can be thankful the Keith cousins share the accolade of Rutland Herald field hockey player of the year.