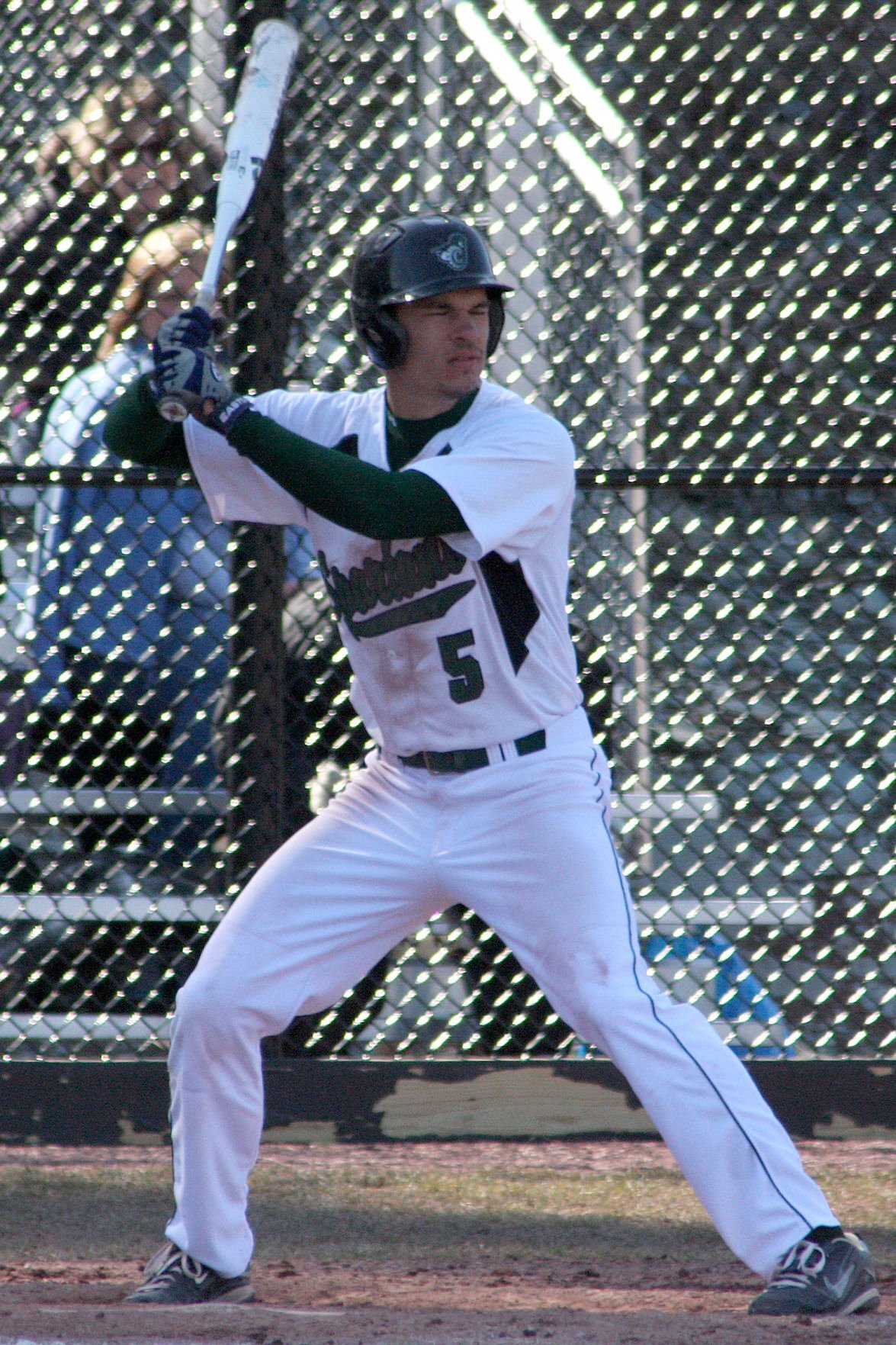 Castleton University baseball player Dave Brandt steps to the plate during his time playing for the Spartans. 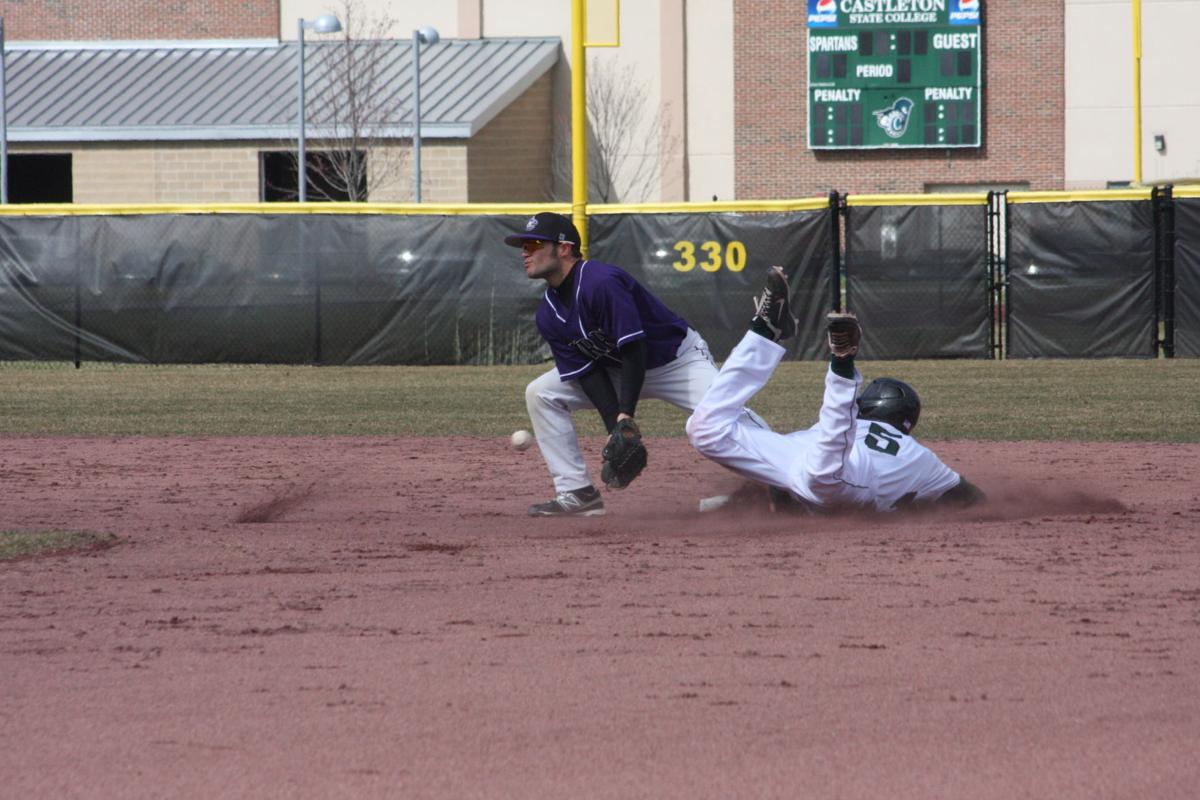 Castleton University baseball player Dave Brandt steps to the plate during his time playing for the Spartans.

If you are a Castleton University baseball fan, you might remember Dave Brandt as a stellar defensive player whether he was at third base or in the outfield. Or you might recall him as a contact hitter who was all the more dangerous because of his speed.

Most likely, your image of him is as a base stealer who took that part of his game to an art form. Despite playing only three years for the Spartans, he owns the program record for most stolen bases in a season (47) and for a career with 109.

“It was a combination of things. My speed definitely helped. And Bob Godlewski always told me, ‘I want you down to second base in three pitches,’” Brandt said.

“There are very few guys with that kind of speed who want to use it,” Shipley said.

Brandt came out of Hopkinton High School in New Hampshire certain about one thing: He wanted to play college baseball.

“I didn’t know what I wanted to study. My college list was the six or seven schools that were recruiting me for baseball,” Brandt said.

His top choice was Wheaton College in Massachusetts and that is where he went initially.

He was there for a year-and-a-half. He got cut from the baseball team after a season and that was that.

Shipley had recruited Brandt before he went to Wheaton.

That phone call was the beginning of something special.

“Castleton was a better fit,” Brandt said. “It was more me, more down to earth.”

Wheaton had tried Brandt out at shortstop but Shipley slotted him at third base.

“What a third baseman,” Shipley said.

“Everything at third base clicked for me,” Brandt said.

His junior year, Shipley needed a left fielder and Brandt more than filled the bill. His senior season, he played center field, a perfect place for him considering his speed and the jump that he got on the ball off the bat.

He received the North Atlantic Conference’s Defensive Player of the Year accolade.

“He deserved it,” Shipley said.

“He was a tough out with his speed. He became a very good hitter,” Shipley said.

Brandt said his highlights from his days at Castleton were winning the conference title in 2010 and 2012, thereby advancing to the New York Regional of the NCAA Division III tournament.

“That was great being able to play schools at a little higher level,” he said.

“Those teams were two great groups. We all still keep in touch.”

The rivalry between the Spartans and Husson University was another special one in his storehouse of memories.

“You knew year in and year out that we could both be there at the end,” Brandt said.

One year after Castleton defeated Husson in a classic final game, Husson coach Jason Harvey said to Shipley, “That’s why we love playing you guys.”

They were two great programs and the respect was mutual.

Brandt is a baseball junkie. He was not finished with the game after leaving Castleton. He still is not done with it.

He has played professionally in Austria, Australia and Sweden. He also played two seasons in the Professional Pecos League for the Santa Fe Fuego in New Mexico.

His favorite spot was Austria where he played two seasons.

“Austria was No. 1, not that all the places were not great,” Brandt said.

“But Austria was gorgeous. I was in a place called Upper Austria. It was a lot like Castleton, small town stuff, a really tight knit community. They made me feel right at home.”

His team in Austria had a long championship drought but won the the Austrian Baseball Championship both years that Brandt played there.

“Baseball is not that big in Austria but it’s growing. Baseball in Europe in general is growing ,” Brandt said. “It is never going to be as big as soccer over there but there is more interest in baseball now.”

Playing in New Mexico was an experience. The salary was $60 a week and the players lived with host families.The players did their own driving so when it was Brandt’s turn, several of them packed into the leased Nissan that he had driven out there.

“There were a lot of games in a few days with a lot of travel,” he said.

There were three other Castleton players in the Pecos League: Joe Borkowski, Nathan Clifford and Tyler Lord.

Brandt was set to play in Germany the summer of 2020 but COVID nixed that plan.

He is still involved with baseball and training athletes in other sports as well.

He works at the Concord Sports Center in New Hampshire. His responsibilities there include weight training and teaching the fundamentals of athleticism in sprinting and mechanics in private, small group and large camp settings.

He will go into the Center in the afternoon because athletes don’t begin to drift in until after school and he will work there until 9 or 10 p.m.

His plan is to work with athletes on more speed work in the future. There are a couple of rooms in the Concord Sports Center that had been used for birthday parties and Brandt is converting those into spaces for his new emphasis on speed work.

“I am starting to work on the website now,” he said.

And so was that phone call from Shipley’s college roommate.