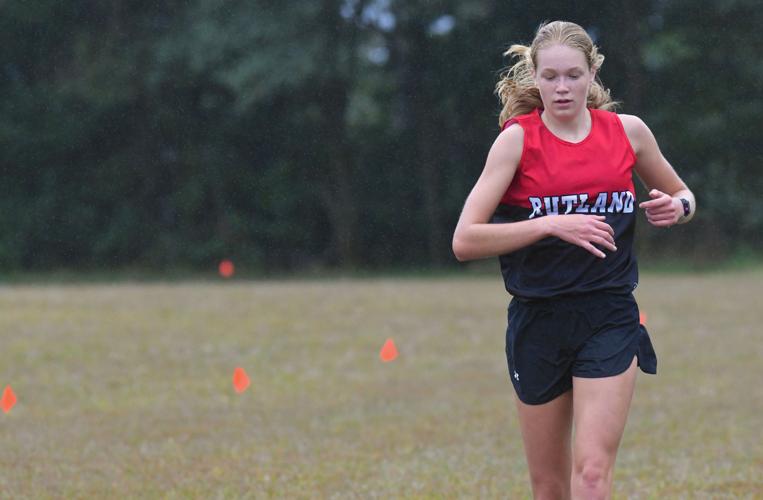 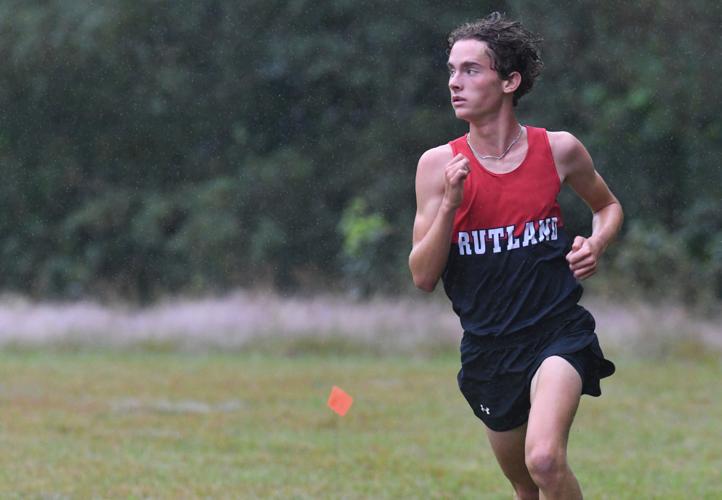 Rutland High School’s Sam Kay looks back before crossing the finish line in a first place victory during the boys cross country race held at Northwood Park in Rutland Town.

Rutland High School’s Sam Kay looks back before crossing the finish line in a first place victory during the boys cross country race held at Northwood Park in Rutland Town.

Most athletes can point to a certain time when everything crystallized. It was when they knew what they wanted and were determined to get it.

Rutland cross country coach Tom Geisler is pretty sure he knows when everything came into focus for Sam Kay.

It was last year when Geisler’s son Brady Geisler qualified for the New England Meet. Kay was one of his teammates making the trip to Thetford to watch Brady compete.

“That was a big turning point,” coach Geisler said.

“Sam said to me, ‘This is the race I want to be in next year,’” coach Geisler said.

Kay, a senior, is the Rutland Herald’s Male Cross Country Runner of the Year and sophomore Erin Geisler reaps the award on the female side.

“Both Sam and Erin are just a pleasure to coach because they are so self-motivated,” Tom said. “They work hard every day and they are motivated to improve every day.”

Sam started running on the cross country trails as a sophomore after he moved to Rutland from Spain where he had spent the previous eight years.

“He did some triathlon type stuff in Spain,” Geisler said.

He quickly took to the trails of autumn, running in Brady’s shadow his junior year and then casting his own his senior season.

Running in college is a distinct possibility although Kay is eyeing schools with academics in mind first.

Kay placed 24th overall at the Vermont State Meet to qualify for the New England event in Rhode Island. He realized that dream that took root while watching teammate Brady Geisler compete on the New England stage.

But on the day of the New England competition, she woke up with a 103-degree temperature, scratching that plan.

Erin has a role model right in the family with Brady, now a freshman cross country runner at RPI.

“I think it is an advantage to have an older sibling who is a runner,” Tom said.

“She enjoyed soccer but she was pretty set on running as a freshman. It wasn’t a hard decision,” her father said.

Although she will only be a junior in the 2023 season, Tom said, “I think she is starting to think about running in college.”

She is impressive well beyond the cross country courses. She is the team’s representative on the Rutland High School Leadership Council.

It was in that capacity that she gave an eloquent speech on mental health awareness to the crowd prior to the awards presentation after the Southern Vermont League Championships held at Rutland Town’s Northwood Park.

It was a memorable year in cross country. Rutland’s Kay and Geisler gave RHS fans plenty to cheer about and their teammates plenty to aspire to. You can color the 2022 Rutland Herald cross country awards Rutland red.