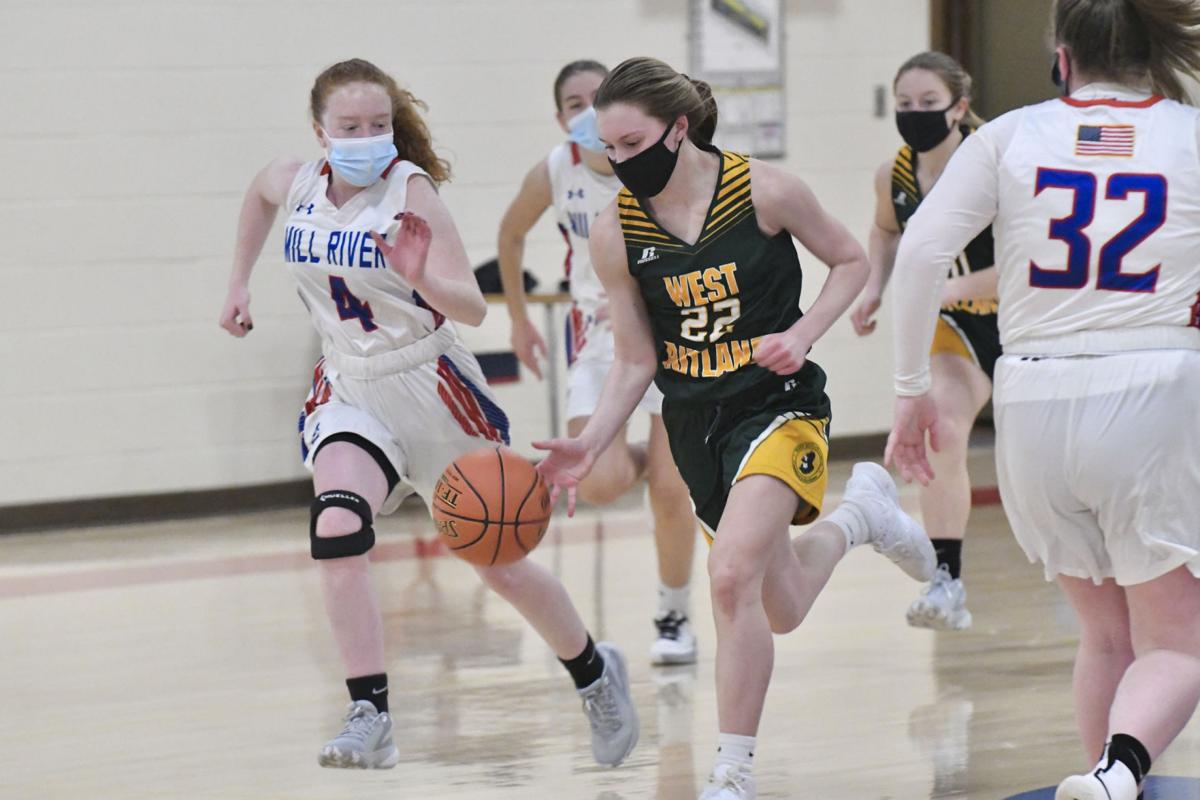 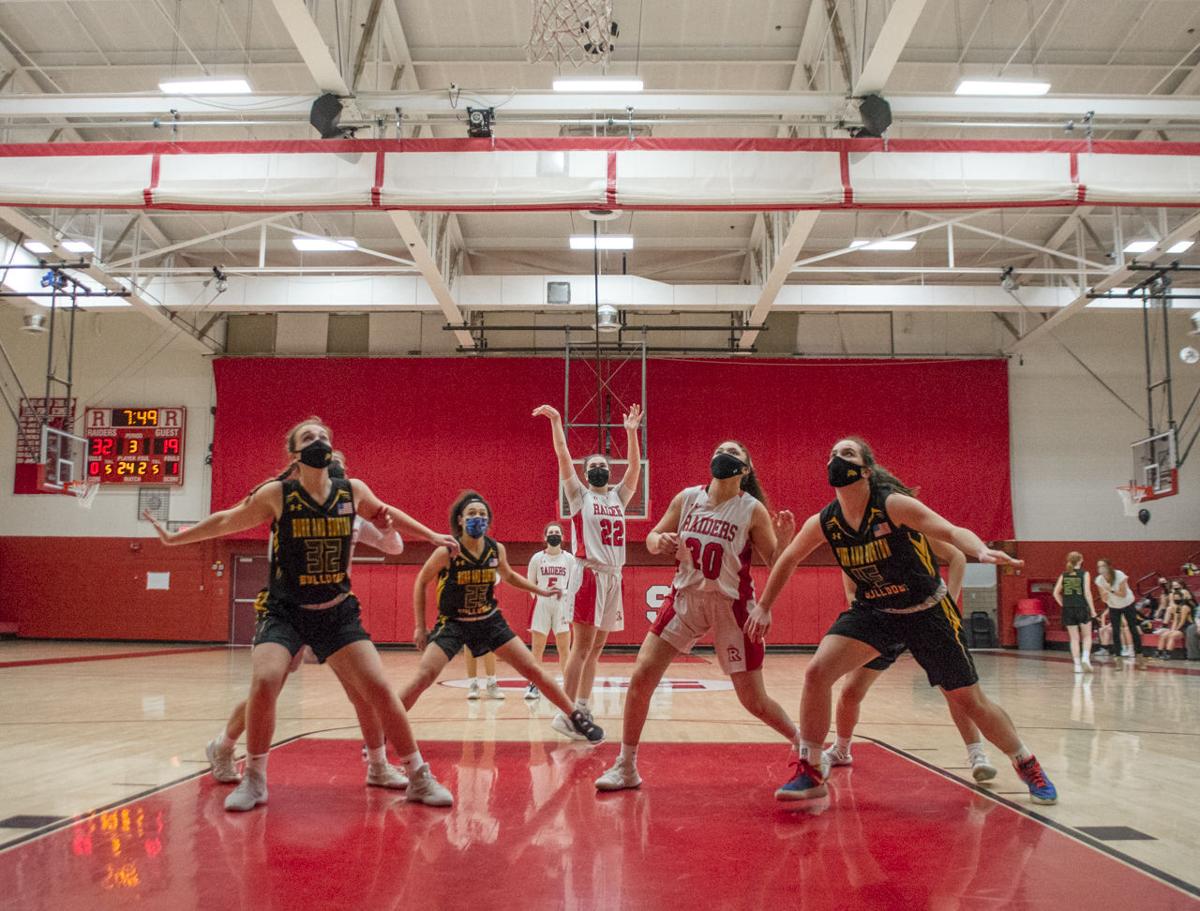 Rutland’s Kathryn Moore (22) takes a foul shot as RHS and Burr and Burton players box out at Keefe Gymnasium.

Rutland’s Kathryn Moore (22) takes a foul shot as RHS and Burr and Burton players box out at Keefe Gymnasium.

We’re only a few days away from the squeaking of sneakers on the hardwood and the sound of the ball swishing through the net.

Monday begins the journey that ends at Patrick Gymnasium and Barre Auditorium a few months from now.

The regular 20-game slate will be back and teams will be raring to go.

Here in Rutland County, we had a pair of girls basketball teams make it to the state championship game last year. Fair Haven saw its undefeated season dashed by North Country in the Division II title game and Proctor won its Division IV championship due to a forfeit by Danville brought on by COVID.

Let’s take a look at some fun girls basketball matchups that fill the hoops calendar this winter.

CVU at Rutland, 12/18The return of the 20-game schedule also means the return of early-season tournaments and showcases, one of those being the North-South Classic hosted by Rutland High.

The one of the two RHS games that catches my eye is the Ravens’ matchup with CVU on Dec. 18.

The Redhawks are routinely one of the best teams the state has to offer, so win or lose this will be a good chance to compete for Rutland. The Ravens lost a couple key contributors from last year, but there is still plenty of talent coming back.

Burr and Burton always seems to play Fair Haven tough, no matter the records coming in.

This year’s matchup could be more interesting than ever, given that both sides lost their leading scorers and veteran talent to graduation.

I’ll be very interested to see how the Slaters do this year. It’s not easy losing the amount of seniors they did, but there is plenty of young talent that will get their shot in the spotlight this year.

There will be guards in this matchup that will take on a bigger role than they’ve ever before.

Karsyn Bellomo was a great complement to Kendra Sabotka last year, but will most likely be asked to take on a bigger offensive role with Sabotka’s graduation.

Similar, at Fair Haven, Lily Briggs provided a spark plug when teams were keying in on Ryleigh Coloutti or her Briggs’ sister Emma. This year, Lily Briggs won’t sneak up on as many people.

Both are plenty capable of making the leap and that makes this guard matchup fun.

The late-season matchup between these clubs was one of the most competitive games either side played last year.

I think both of these teams are set to take a step forward this year with a lot of their younger talent getting valuable experience in the last year’s abbreviated season.

Both have quality veterans leading the way in 2021-22, with Otter Valley’s Alice Keith and Springfield’s Meg Stagner.

Another matchup with teams that could take a step forward this winter.

Both schools are coming off successful soccer seasons and many of those athletes also compete on the basketball court.

GM’s Kim Cummings broke out in a huge way last winter and she’d love to build off that during her senior season. The Blue Devils lost Grace Hayes to graduation, but girls like Emily Handley, Hannah Welch and Kate DeBonis, among others, are plenty capable of picking up the torch.

Mill River was young last season and it will be probably be pretty young again this year, but the effort is clearly there to build something.

One of the Minutemen’s better showings last year was against Bellows Falls, losing by only eight points to a Terriers club that was the No. 9 seed in the Division III tournament.

Malori Carlson had one of her best games that night and Carlson is back to lead Mill River for her senior season this winter.

It’s always a great game when these arch rivals square off.

This will be the second of West Rutland and Proctor’s meetings, so both will know more of what to expect coming in.

The guard matchup in this one will be super fun with Maggie McKearin in the Proctor backcourt and Peyton Guay in the Westside backcourt.

Both teams figure to be top contenders in Division IV, so the stakes will be high.

Mount St. Joseph gave West Rutland a competitive game in the D-IV playoffs last year, before Westside pulled away. You can never count out the Mounties when they get hot shooting the ball.

The Golden Horde are surely to have a chip on their shoulder after COVID played a major role in the end of their year last season.

We’ve seen how well Tiana Gallipo and Meghan Cole work off each other in the same backcourt.

But what about when they’re in opposing backcourts?

Formerly a MSJ standout, Cole played on the Phantoms girls soccer team this fall and will be an even bigger difference maker on the basketball court for Proctor.

I wouldn’t complain if Gallipo and Cole were battling to display their 3-point prowess in this one.