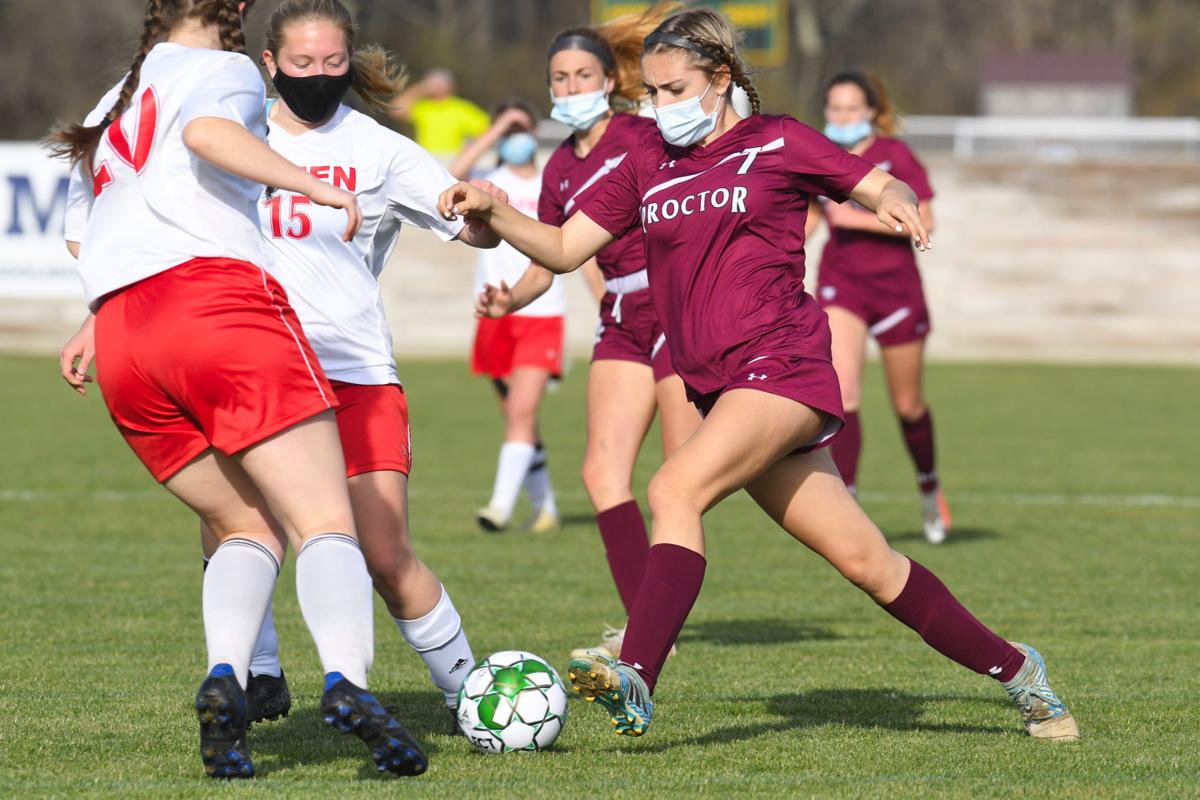 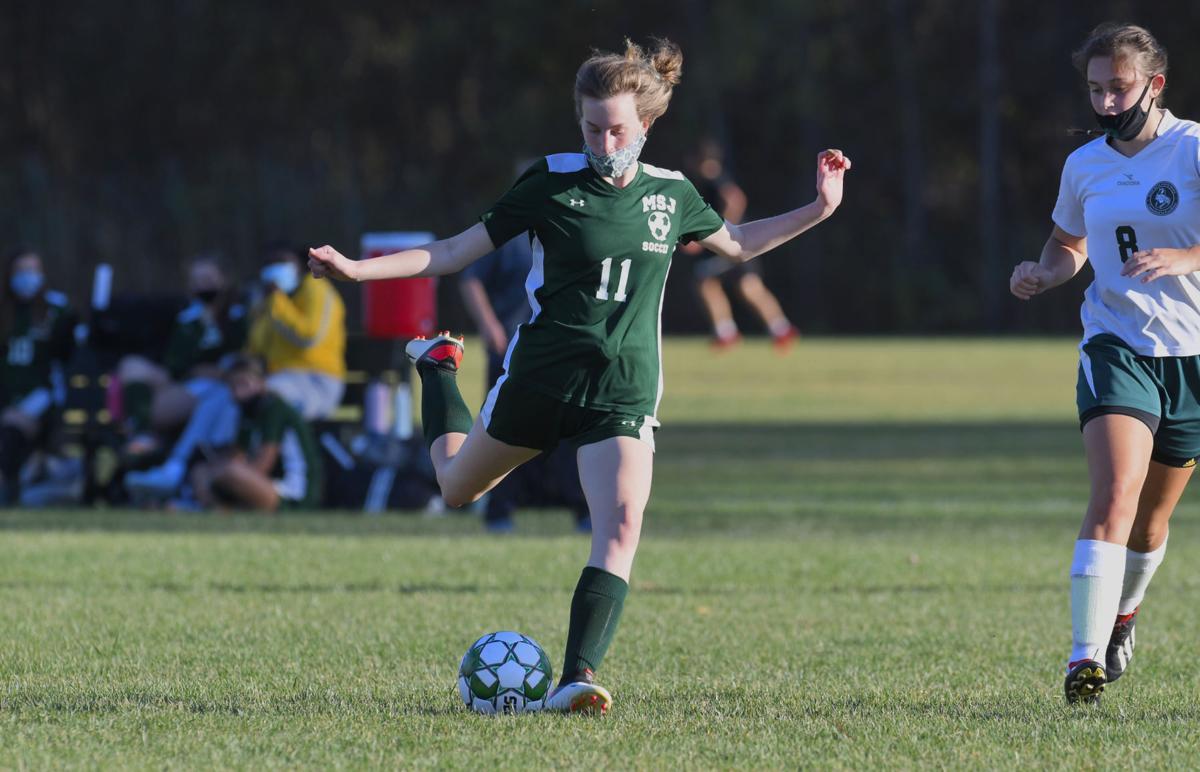 MSJ freshman Emma Blodorn (11, left) readies to strike the ball during a matchup with West Rutland at Abatiell Field in Rutland. At right is West Rutland’s Emma Sevigny (8).

MSJ freshman Emma Blodorn (11, left) readies to strike the ball during a matchup with West Rutland at Abatiell Field in Rutland. At right is West Rutland’s Emma Sevigny (8).

It got us through. It was fun. But, oh man, did we miss the ingredients that go with the football we know and love — the game planning of setting up a run-pass ratio, the blocking and the tackling.

Soccer was the same game and the season remained pretty much intact. There were a few glitches in the abbreviated season and one event sorely missed during that COVID soccer campaign was the Jimmy T Memorial Showcase.

It’s back in its full package on Aug. 28 at Taranovich Field with a tripleheader. Mount St. Joseph and Proctor will kick the day off with a girls game. Proctor won the girls state title and MSJ boasted its best team in years. It makes for a special way to start the day and the season.

The middle game is a boys contest between Otter Valley and Fair Haven.

Then comes the third game, a boys contest between MSJ and Division IV finalist Proctor.

This Jimmy T will be special not only because it was so missed by soccer fans last year but the high school football openers are not until the following weekend this year. The Jimmy T will be center stage.

It is not only a full day of soccer, but a few deserving players are awarded scholarships at the event.

The scholarships are based off essays. Proctor Athletic Director Jake Eaton and Judy Taranovich are among the judges.

“I haven’t discussed scholarships with Judy yet for next year but in the past the scholarships have gone out to one Proctor boy, one Proctor girl, an MSJ girl and one to either Otter Valley or Fair Haven,” Eaton said.

There is often a sign advertising the Jimmy T Memorial Showcase placed near the entrance to town on Route 3.

When you see that sign, you will know that the high school fall sports season is fast approaching.

CU grid scene returnsThe Castleton University football team did not even have as much to the season as Vermont high school football players did.

The Spartans had exactly one 7-on-7 intrasquad session that pitted the offensive unit against the defensive unit. That took place one day in October and, other than that, it was a steady diet of practices.

You know that the players will be like caged lions set loose on Sept. 4 when Plymouth State comes to Dave Wolk Stadium for the Spartans’ first game since Nov. 9, 2019 when they defeated Dean 38-20 on the road.

Here’s a little trivia question to spring on your CU tailgating friends: Who holds the Nichols College record for career passing attempts?

The answer: Castleton head coach Tony Volpone with 668 attempts from 1995 through 1998.

MascotsThe Rutland High mascot debate won’t go away, will it? Walk down Howard Avenue in the city and you will see a sign on one lawn supporting the Raiders and across the street is a sign in support of the Ravens.

Greg Maggard, the former Proctor Town Manager, got a job in Creston, Iowa as the Director of Public Works. There, it’s the Creston Community High School Panthers.

I think that one is safe.