Sign Up
Log In
Purchase a Subscription
You are the owner of this article.
Edit Article Add New Article
You have permission to edit this article.
Edit
Home
News
Obituaries
Opinion
Sports
Features
Community
Classifieds
1 of 2 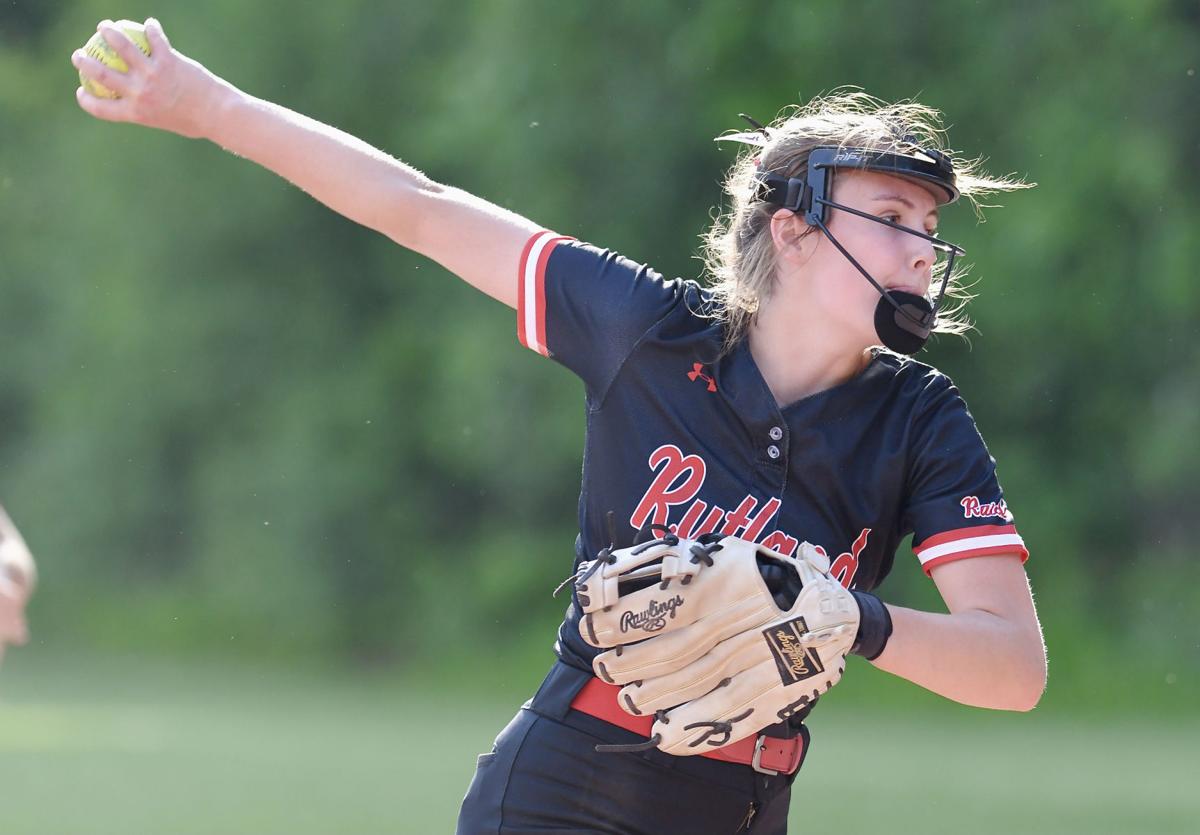 Rutland starting pitcher Mariah Crossman (12) winds up for a pitch during their matchup with Essex at Northeast School in Rutland. 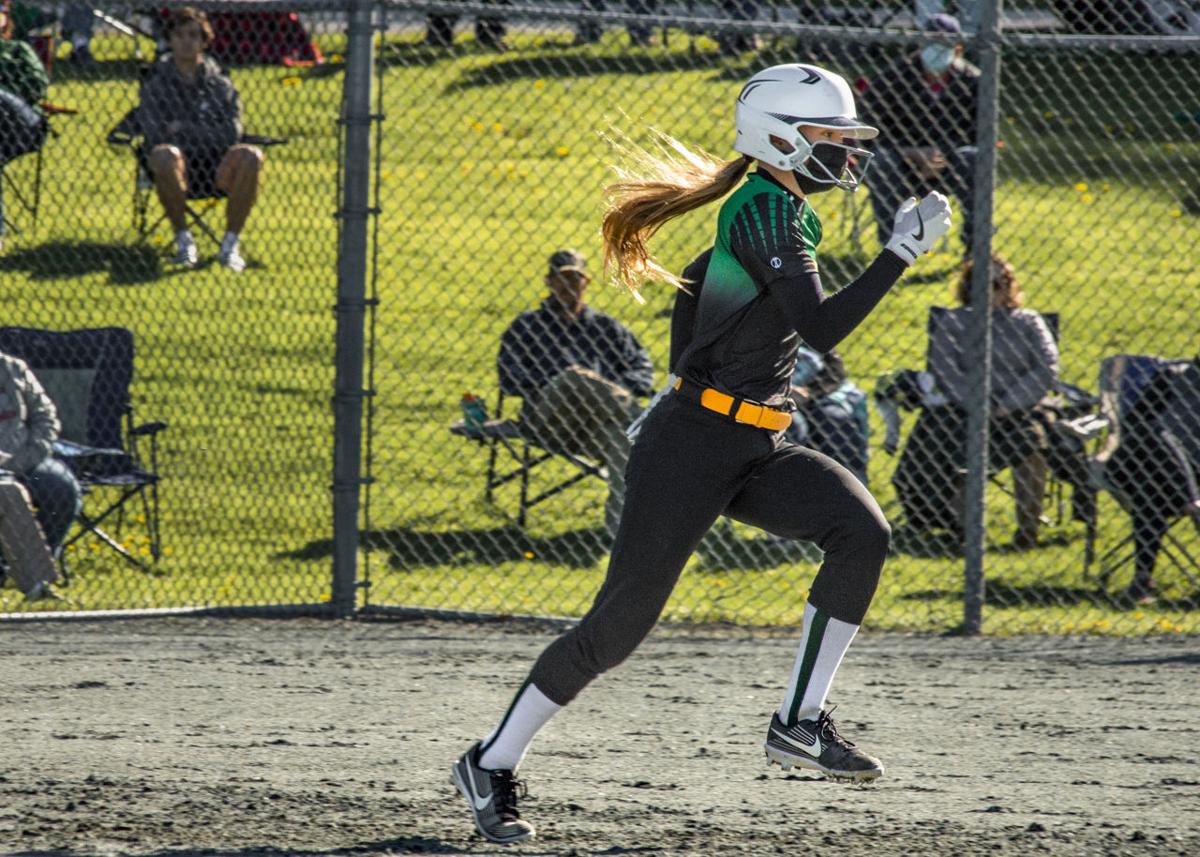 West Rutland’s Aubrey Beaulieu (4) runs from first to second base during a softball game against Proctor.

Rutland starting pitcher Mariah Crossman (12) winds up for a pitch during their matchup with Essex at Northeast School in Rutland.

West Rutland’s Aubrey Beaulieu (4) runs from first to second base during a softball game against Proctor.

Every Vermont high school softball team wants to get to the campus of the 18th oldest university in the United States. Castleton University, the site of the state softball championships, is steeped in tradition.

The BFA St. Albans softball program has its own tradition as its calling card. The Comets have been to 18 state championship games and won nine of them. What is more, their coach Bert Berthiaume has won an incredible 500 games.

The Comets have put together an 11-2 record this year but they are not the No. 1 seed.

That distinction belongs to Mount Anthony with its 12-0 mark.

Mount Anthony’s calling card is left-handed pitcher Sofia Berryhill who is a strike-thrower with good velocity.

But there are plenty of contenders this season in all four divisions so let’s try for some clarity with the playoff games beginning on Tuesday.

DIVISION IThe favorites: You have to put top-seeded No. 1 Mount Anthony and No. 2 BFA-St. Albans in this category immediately. But you had better slide No. 3 Missisquoi onto this list also. The 13-3 Thunderbirds won their last seven games. Mount Anthony probably has the lightest schedule of the contenders and that might be cause for concern.

Dark horses: No. 5 South Burlington is one to watch. The 10-3 Wolves won six of their last seven and stunned BFA-St. Albans 7-3 in the regular season finale. If you want a real dark horse, how about No. 8 Rutland, a team that has been improving late in the season and shows glimpses of the team that nearly pulled off a big upset in the 2019 playoffs.

Best first-round matchup: The battle on Tuesday between No. 9 Colchester and No. 8 Rutland at Northeast Field promises to be a good one. Colchester has played the tougher schedule but the Ravens have the look of a team that can stand up to anyone when they are at their best. They must play well afield. A typical 8-9 game.

Longest trip: No. 10 North Country uses most of the Interstate to visit No. 7 Brattleboro. We’re coming out of the pandemic. It’s a great time to see Vermont.

The favorite: It has to be No. 1 Lyndon with their pitching led by ace Kelleigh Simpson.

The dark horses: No. 4 Springfield and No. 6 Fair Haven could be surprises. Izzy Belisle is consistent in the circle for Springfield and Fair Haven served notice that it is an improving team by ambushing Springfield late in the season. Fair Haven’s Zoey Cole is a strikeout pitcher who can also change a game with her bat.

Best first-round matchup: No. 10 Milton makes the trip to East Montpelier on Wednesday to play No. 7 U-32. This looks like a competitive game between clubs trying to prove something.

Fun fact: Spaulding was in the Division I championship game two straight years, losing to Springfield in 1986 and beating Mount Anthony in 1987. Now, the No. 12 Crimson Tide will try to rediscover that magic in Division II when they travel to No. 5 Middlebury on Wednesday.

DIVISION IIIThe favorite: Nobody has beaten No. 1 White River Valley yet. The Wildcats have an outstanding power pitcher in Fiona Vaillancourt and other strong pitchers behind her.

The dark horses: No. 5 Green Mountain is so much better than its 10-6 record, The Chieftains hit the heck out of the ball but their pitchers struggled mightily in the regular-season finale, a 21-8 loss to Poultney. If they put it together, they are a threat to anyone including WRV. You also don’t want to discount No. 4 BFA-Fairfax, a team that knows what it’s like to play in big games.

Best first-round matchup: No. 9 Leland & Gray makes the short trip to No. 8 Bellows Falls for a game between teams familiar with one another. They met twice during the season and split, BF winning 11-7 and the Rebels turning the tables, 21-11.

Best story: Oxbow is the No. 2 seed with a record of 13-1 but the best story at the Bradford school is not about what they did between the white lines. Sierra Longmoore was critically injured in a car crash and was thought to have no chance of returning to softball from the accident of nine months ago. It was was thought she might not live through the night of the accident. She’s back on the team. Everyone wants to win the title, but everyone is pulling for Sierra Longmoore.

Fun fact: When former Oxbow softball great Elizabeth Burnham played professional women’s baseball for the Coors Silver Bullets, she wore No. 14 in honor of Vermont being the 14th state to join the union.

DIVISION IVThe favorite: There is not a clear-cut favorite here. It very well could be No. 1 Danville but three teams from Rutland County might have just as good of a chance to snare the brass ring — No. 2 Poultney, No. 3 Proctor or No. 5 West Rutland.

Dark horse: No. 6 Richford is 7-4 and got beaten convincingly both times by Danville. But the Rockets lost by only a run to a very good Blue Mountain team. They could be a dangerous foe for Proctor in a quarterfinal game on Friday.

Best first-round matchup: No. 5 West Rutland’s trip to Wells River to tangle with No. 4 Blue Mountain is the best quarterfinal game in this skinny tournament that has only one game being played before the quarters. West Rutland has two hard-throwing pitchers in Elizabeth Bailey and Kiana Grabowski and must rate at least a 50-50 chance against the solid Bucks.

Longest trip: Richford is snug against the Canadian border and it will take the Rockets 117 miles to reach Proctor.

Fun fact: Poultney coach Tony Lamberton’s daughters Emma and Abigale don’t exactly live next door any more but Blue Devil softball still runs through their blood. Emma made the trip from Pittsburgh and Abigale from Langdon, New Hampshire to be at Poultney’s final regular season game at Green Mountain on Saturday.