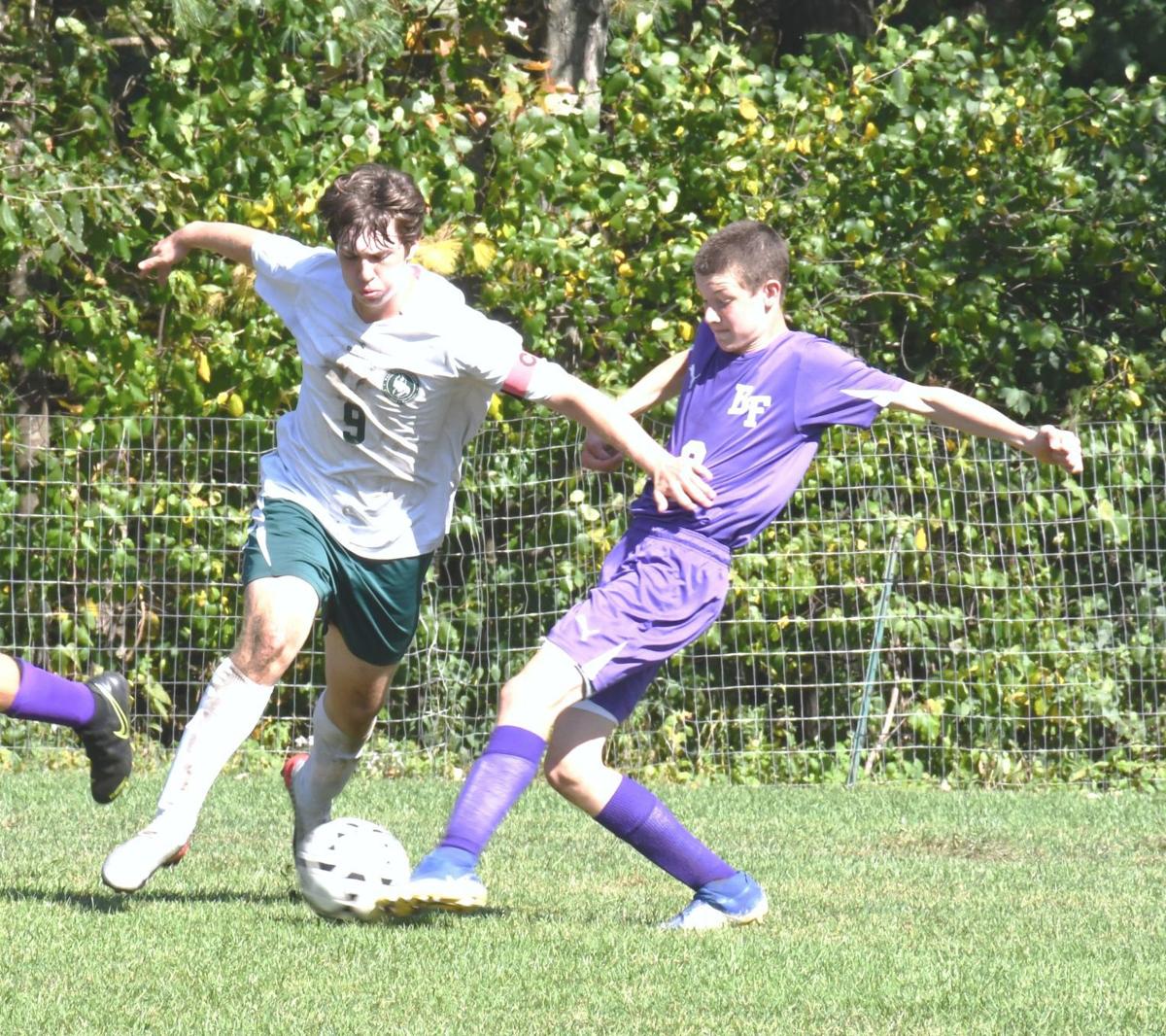 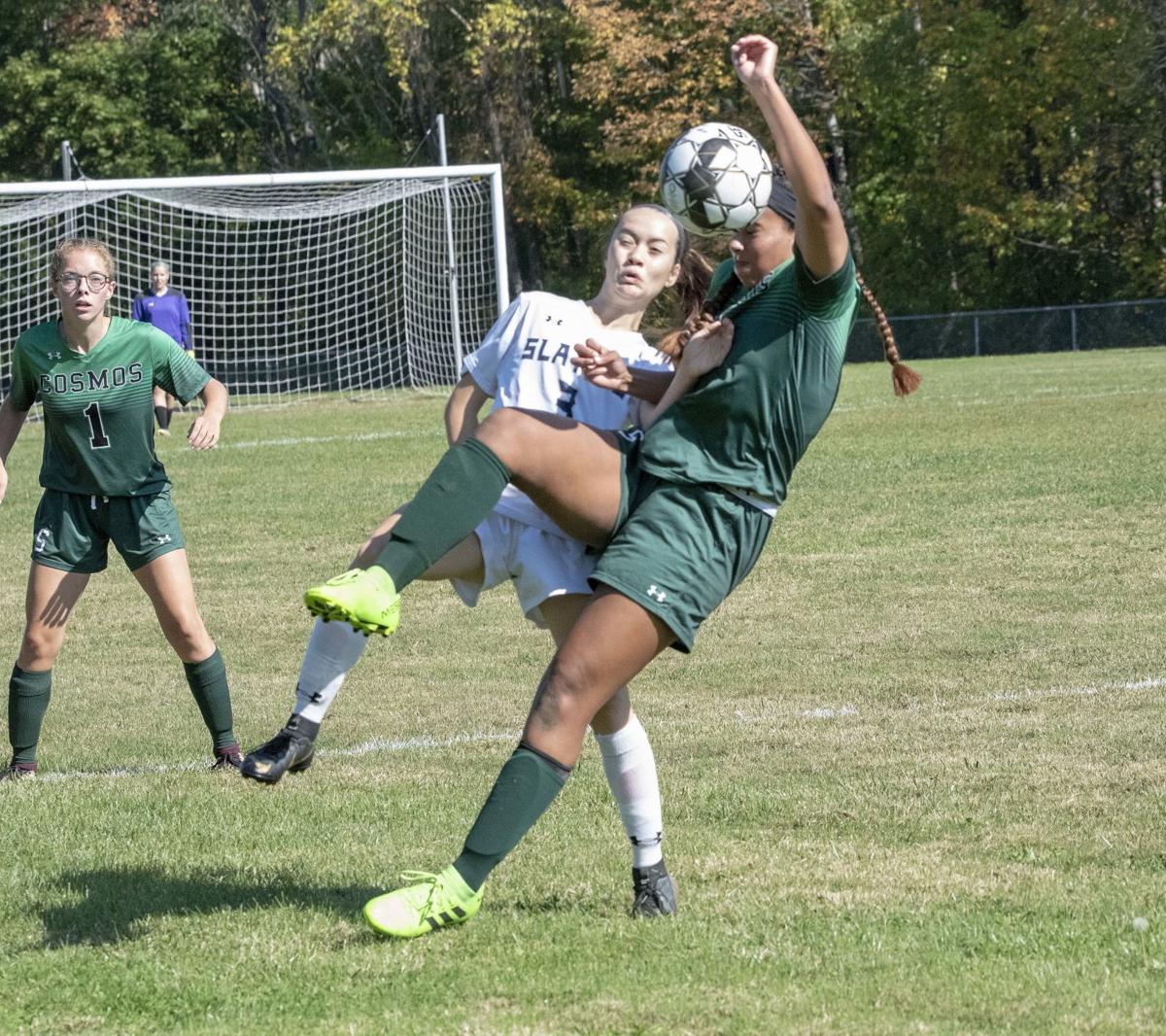 Erin McClallen put the Rutland High School Raiders on top 10 minutes into the second half but they couldn't hold on, falling to Mount Anthony 2-1 in Southern Vermont League soccer Saturday at Alumni Field.

"We had some miscommunication," said Rutland coach Lori McClallen. "We weren't tracking our marks all the way to the goal line."

The Raiders, 2-6, will be at Burr and Burton Thursday.

Kiana Grabowski added a pair of goals as the Golden Horde moved to 7-1.

They will host Arlington on Tuesday.

SPRINGFIELD — Jenna Veysey scored with an assist from Haley Streeter to give Springfield a 1-0 win over Fair Haven in a tough defensive battle Saturday. It was the season's first loss for the Slaters.

"They're a good team and came after us real hard after we scored," said Cosmo coach Ray Curren. "We were able to hang on."

Meagan Stagner made six saves picking up the shutout.

Springfield, 7-2, will be at Otter Valley Tuesday.

CHESTER — Ellie Longo, Erin Bates, and Emma O'Brien each scored a pair of goals as Leland & Gray Blanked Green Mountain 8-0 Saturday. Ainsley Myer and Izzy Amaden each added a goal as the Rebels moved to 6-2.

WOODSTOCK — Woodstock shut out Mill River 5-0 in SVL soccer Saturday to improve to 3-3-1.

"The girls lacked the intensity and the focus I was hoping for," said Minuteman coach Shawn Bendig. "We're playing either D-I or D-II teams every game and it wears on them. We'll be fine when we play teams in our division, but that won't be until the playoffs; if we get to the playoffs."

West Rutland scored first, with Tyler Serrani netting an unassisted goal at 26:39 of the first period.

The Terriers took it from there. Bellows Falls’ Mackinnon Ross scored off a rebound after a penalty kick, leaving the game knotted at 1-1 at the end of regulation.

Elijah Ghia scored unassisted at 9:02 of the second overtime stanza to help the Terriers improve to 3-4 on the season. Bellows Falls is at Arlington on Tuesday.

Brittney Jackson added a pair of goals and Morgan and Ryleigh LaPorte each added one.

The score could have been worse if Springfield's Anna Church had not made 26 saves.

Ellie Ross made six saves for the Otters as they improve to 5-2. They travel to Fair Haven on Tuesday.

Loren Henderson made eight saves in picking up the shutout as Castleton improved to 2-1 in Little East Conference play.

Rylee Nichols and Makenzi Bellando also scored for Castleton and Southern Maine added an own goal.

Tashia Pashby-Rockwood picked up the shutout as the Castleton improved to 3-1 in conference play.

GORHAM, Maine — Jack Kingdon had a pair of goals and an assist as Castleton stopped Southern Maine 3-1 in men's Little East soccer Saturday.

Jacob Henderson added a score for the Spartans as they are now 1-1 in conference play.

Alex Fernald picked up the win in net.