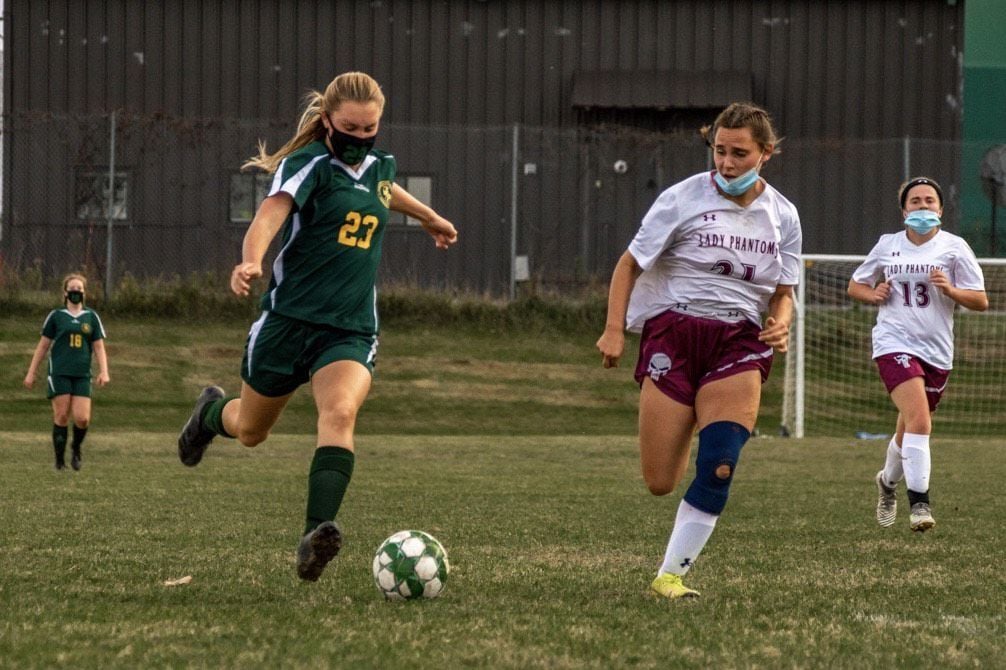 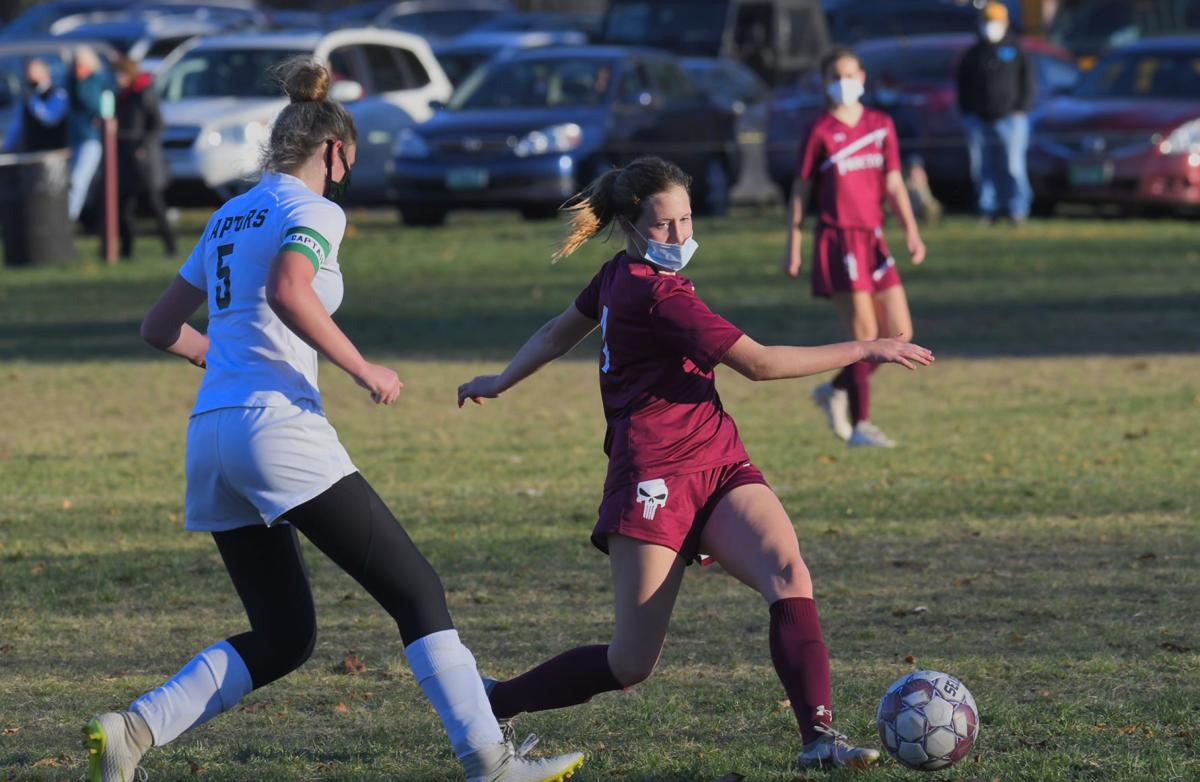 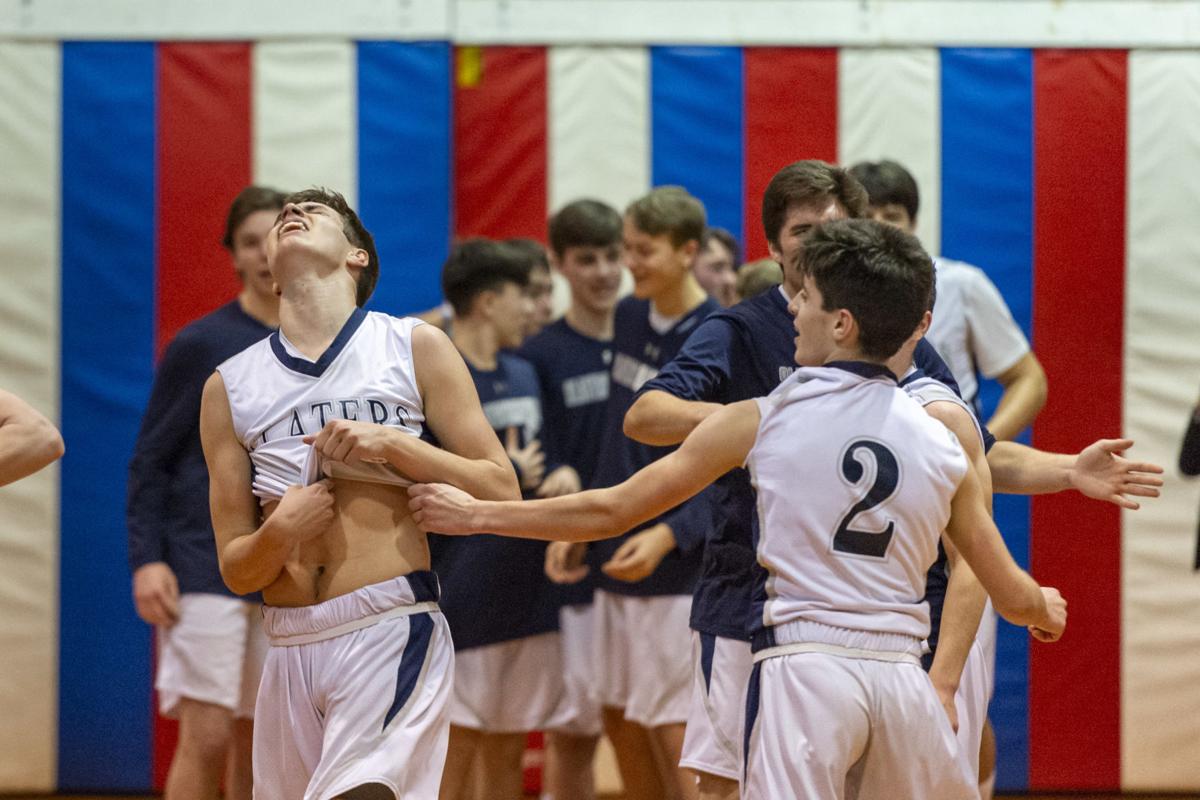 Fair Haven’s Aubrey and Sawyer Ramey celebrate after his team’s 53-52 victory over Montpelier in the Division II boys basketball final at the Barre Auditorium in last March. 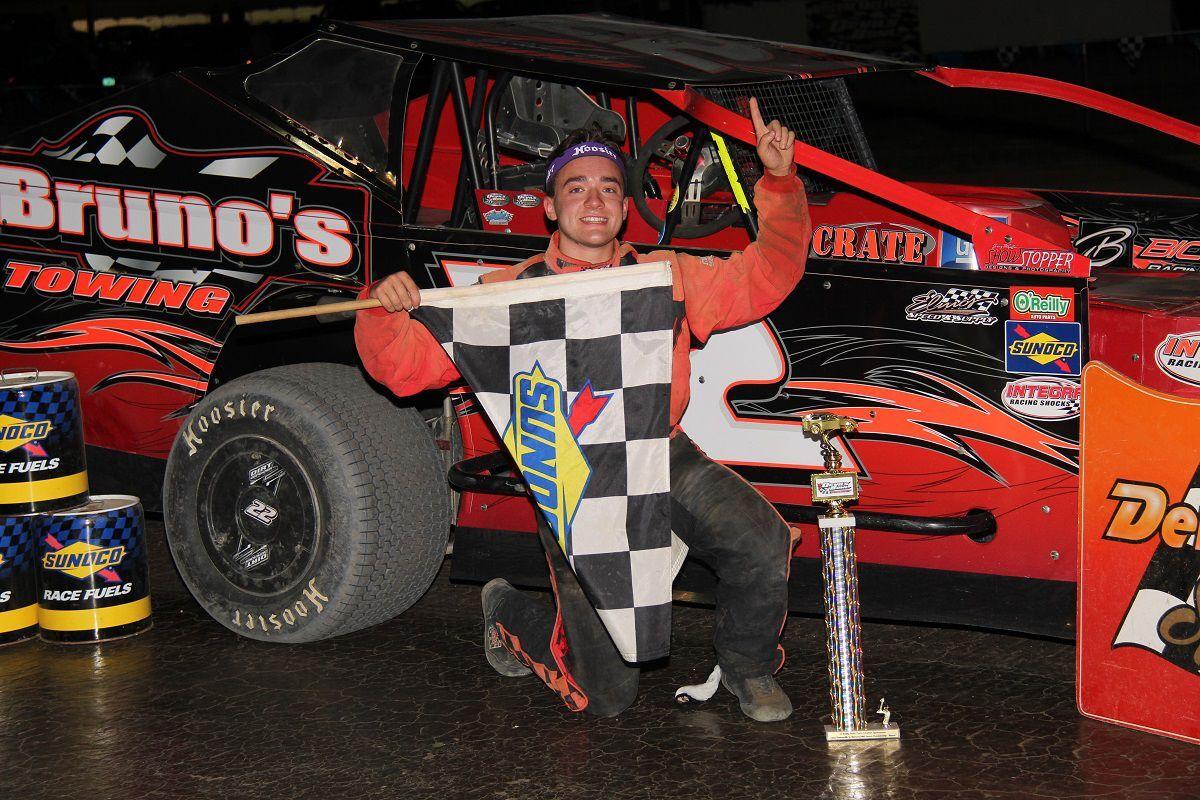 Fair Haven’s Aubrey and Sawyer Ramey celebrate after his team’s 53-52 victory over Montpelier in the Division II boys basketball final at the Barre Auditorium in last March.

Some local folks have made it onto the television and movie screens. Here’s the day many more make it onto the living room tube or the big screen in the theater.

Law and Order — Former Rutland High athlete Rachel Olanoff for her contributions in the Boston Marathon bombing. A member of the Boston police force, she landed on the cover of Sports Illustrated twice.

The 2004 Boston University graduate was on the cover in a dramatic photo while taking action after the bombing and later graced the cover of another issue in a photo that included Red Sox slugger David Ortiz.

Saturday Night Live — Mike and Alayne Bruno for their recent decision to switch from Sunday to Saturday nights for the 2021 season at their Devil’s Bowl Speedway in West Haven. Great move.

Raiders of the Lost Ark — Stowe High, Rutland High and U-32. How many get to keep the name Raiders for their teams.

Across the Fence — Oh, for those days of the Mount St. Joseph-Rutland city football rivalry.

We envy you St. Johnsbury and Lyndon. A high school football rivalry that began in 1894 and is still intact.

Sister Act — Logan, Camryn and Adi Kinsman. These sisters have been a boon to the Rutland High girls soccer program. Logan is on the Springfield College soccer team after a terrific career at Rutland High. Camryn is a catalyst for the RHS offense with all of her goals and assists and Adi is on the way as a sophomore next fall.

It would not be surprising if all three wind up on a college soccer field.

Sister Act II — Abigail Jean McKearin has the most career goals of any soccer player, either gender, in Vermont with 168. Her sister Maggie wears the Proctor uniform just as her sister did and has 85 goals entering her senior season in 2021. She had 35 goals in the shortened 2020 season. Conservatively, the sisters could finish with around 285 goals.

Thunder Road — Barre’s stock car track by the same name is worthy of its slogan “The Nation’s Site of Excitement.”

This Old House — Wouldn’t Bob Vila love to get his hands on the Barre Auditorium, a wonderful old gym that has stood on the hill in downtown Barre since 1939. It made USA Today’s list of top 10 places to watch a high school basketball game.

The house of thrills during the Final Four in high school basketball, it becomes a destination at tournament time. Everyone wants to get off at Exit 7.

Three’s Company — Proctor’s Alyssa Valerio, Megan Carter and Brodie Langlois are three Proctor High athletes who played on all three teams during the school year in which the Phantoms swept the triple crown of girls sports, capturing state titles in soccer, basketball and softball.

Austin City Limits — Springfield High graduate Cody Hatt is on the coaching staff of the University of Texas men’s basketball team that is 8-1 heading into Tuesday night’s home game against Iowa State.

A League of Their Own — The CVU athletic program. The Redhawks’ dominance in nearly every sport is mind-boggling.

In the Heat of the Night — Oh, to get a steamy summer night where we can sit in the beautiful old grandstand in Montpelier and watch the New England Collegiate Baseball League rivalry between the Vermont Mountaineers and Upper Valley Nighthawks again.

101 Dalmatians — One of those cute little puppies for each of the 101 soccer goals Brooke Raiche scored at West Rutland High School.

American Bandstand — Former Poultney High athlete Cam Wescott is also extremely talented musically. He played the national anthem on his trumpet before a tournament game at the Barre Auditorium.

Fixer Upper — The Waco, Texas couple Chip and Jo Gaines have nothing on Manchester Town manager John O’Keefe and the others charged with Applejack Stadium. Each and every season, improvements have been made on this gorgeous stadium. It will be a wonderful home for the men’s and women’s pro soccer teams coming to Manchester.

The Virginian — Mount St. Joseph girls soccer coach Lori Patterson who played NCAA Division I soccer at Radford. Rutland High graduate Sarah Mumford who played soccer for Radford. MSJ graduate Bob Rotella, one of the greatest authorities in the field of sports psychology with a client list on the PGA and LPGA Tours too lengthy to mention. He also had a lengthy stint with the University of Virginia.

Stowe native Gretchen Scheuermann who won the Honda Broderick Trophy (field hockey’s equivalent of the Heisman) while playing for Northwestern and now operates a golf school in Ruckersville, Virginia. Fair Haven graduate Scott Allen who has earned national high school basketball coach of the year honors at Paul VI in Fairfax. And on and on and...

Remember the Titans — Hartford High and Castleton University graduate Pat Riley is now the head man in the dugout for the Westminster College baseball team in New Wilmington, Pennsylvania. His Titans have Castleton on their schedule this spring.

Slapshot — Fred Bagley grew up in hockey-crazed Minnesota. The retired Rutland surgeon has done much for Castleton University hockey including founding the Spartans’ Blue Line Club along with his wife Jennifer.

He played in one of the greatest upsets ever in college hockey when he was a member of the Division III Carleton College hockey team and they went over to the University of Wisconsin and stunned the Badgers with a 2-2 tie.

Emmet Otters’ Jugband Christmas — This treasured Christmas classic has nothing on the Otter Valley Union High School pep band that adds so much to the atmosphere at the school’s basketball games.

Thank goodness for Title IX. The year 2021 marks the 50th anniversary of that legislation that was the beginning for real progress in women’s athletics.

Truth or Consequences — Be true to yourself and others by wearing your masks properly at practices and games or there will be consequences.

Hometown —Mill River’s Kim Maniery, Poultney’s Dave Capman and Otter Valley’s Steven Keith are athletic directors at the same schools where they once walked the hallways as students. They bleed their school colors the same way that Ben and Erin Napier bleed the colors of Laurel, Mississippi.

Dynasty — The national record of state wrestling championship is up to 32 for Mount Anthony Union High School.

Dallas — Mount Anthony Athletic Director Ashley Hoyt loves her Cowboys. It’s a love that can really wear on you.

The Waterboy — Nine-year-old Adam Sherwin was the waterboy for the Otter Valley football team in 2006 when he got some national exposure in Sports Illustrated as he ran water out to the players during a timeout. It was a photo that was part of the magazine’s pictorial essay on a weekend in American football.

Sherwin grew up to play for the Otters.

The Pride of the Yankees — One day in Wade Mitchell’s kitchen in Pittsford, he pulled out a photo of former New York Yankees outfielder Tom Tresh.

He kept the photo of Tresh because at one time the Yankees had told Mitchell, a high school phenom at the now defunct Richmond High School, they had plans for him being part of the MMM outfield, Maris, Mantle and Mitchell. It ended up being Tresh and instead Mitchell went onto a wildly successful high school coaching career that landed him in the Vermont Principals’ Association Hall of Fame.

The Rifleman — Proctor High’s Melissa Barker could shoot from long range. When the 3-point field came into being, she made the first one in Vermont while playing in a Thanksgiving tournament at Mount Abraham.

The French Connection — Scott French is a longtime soccer goalie coach. His daughter Madi French was a goalie for the Proctor girls soccer team and son Ian French tends the net for the Proctor boys team. Daughter Laci is the black sheep, an outstanding field player for the Phantoms.

Northern Exposure — The Northeast Kingdom has a couple of great football rivalries. There is the one between St. Johnsbury and Lyndon that is one of the longest running in America. There is also the Barrel Bowl between Lyndon and North Country.

Bad News Bears — What high school baseball and softball can look like during the cruel month of April. Maybe it would not be such a bad thing if that season gets pushed back just a bit this year.

Hope Floats — Senior Hope Kelley floated from Black River up to Proctor after her sophomore year and Phantoms fans are glad that she did. She was a rock of the defense during the 2020 season in which the Phantoms went unbeaten in soccer.

The Color Purple — Can’t hear the title of the 1985 film directed by Steven Spielberg without thinking of the St. Michael’s College Purple Knights.

The recruiting has been stepped up at Vermont’s only Division II athletic program and I think the Purple Knights are about to become relevant in the Northeast-10.

Mr. Smith Goes to Washington — New Mill River boys basketball coach Ben Smith would be happy to get as far as Barre.

The Sound of Music — Former Proctor High standout Caitlin Canty athlete is making it big as a singer/songwriter in Nashville.

Seabiscuit — Every year dozens and dozens of Vermont horse racing fans make the pilgrimage to Saratoga. Hopefully, it’s business as usual this year at the storied track.

Mr. Mayor — This new TV show has promise and so does the Rutland mayoral race with all of its name recognition.

When John Barth was coaching the Windsor boys basketball team one season, the gym was under constriction so the Yellow Jackets had to practice in New Hampshire.

When all the players were on board, the bus exceeded the bridge’s weight limit so they had to get off the bus in Vermont and walk across to New Hampshire to get back on.

It is America’s longest covered bridge.

Full House — We can’t wait until we can say that about a basketball game again.

Curious George — George Smith, the bus driver who transports so many of Rutland County’s high school athletic teams, once played against Mount St. Joseph in football when he suited up for Millis High School of Massachusetts.

Moonlight and Mistletoe —Casting all Green Mountain Union High School athletes. Some of this movie was filmed in Chester.

The Greatest Showman — The late Dean Trombley dressed to the nines and wore signature white shoes while coaching the Oxbow Union boys basketball team. He also had Boston Celtics player Larry Siegfried sitting on his bench for the state final at Patrick Gym.

The Postman Always Rings Twice — Thetford Academy girls basketball coach Eric Ward has gotten the Panthers to the Final Four at Barre Auditorium each of the last nine years. His day job? He is a mail carrier.

McHale’s Navy — Former Castleton athlete and Green Mountain College coach Matt Dempsey is getting the job done on the water. His United States Merchant Marine Academy women’s basketball team was 23-5 in 2019-20 and 17-3 in the Skyline Conference.

Happy Days — We are hoping for another Era of Good Feeling in 2021.

Adam 12 — I could go on but I am sure sports editor Adam Aucoin will say that I have already exceeded my word limit.