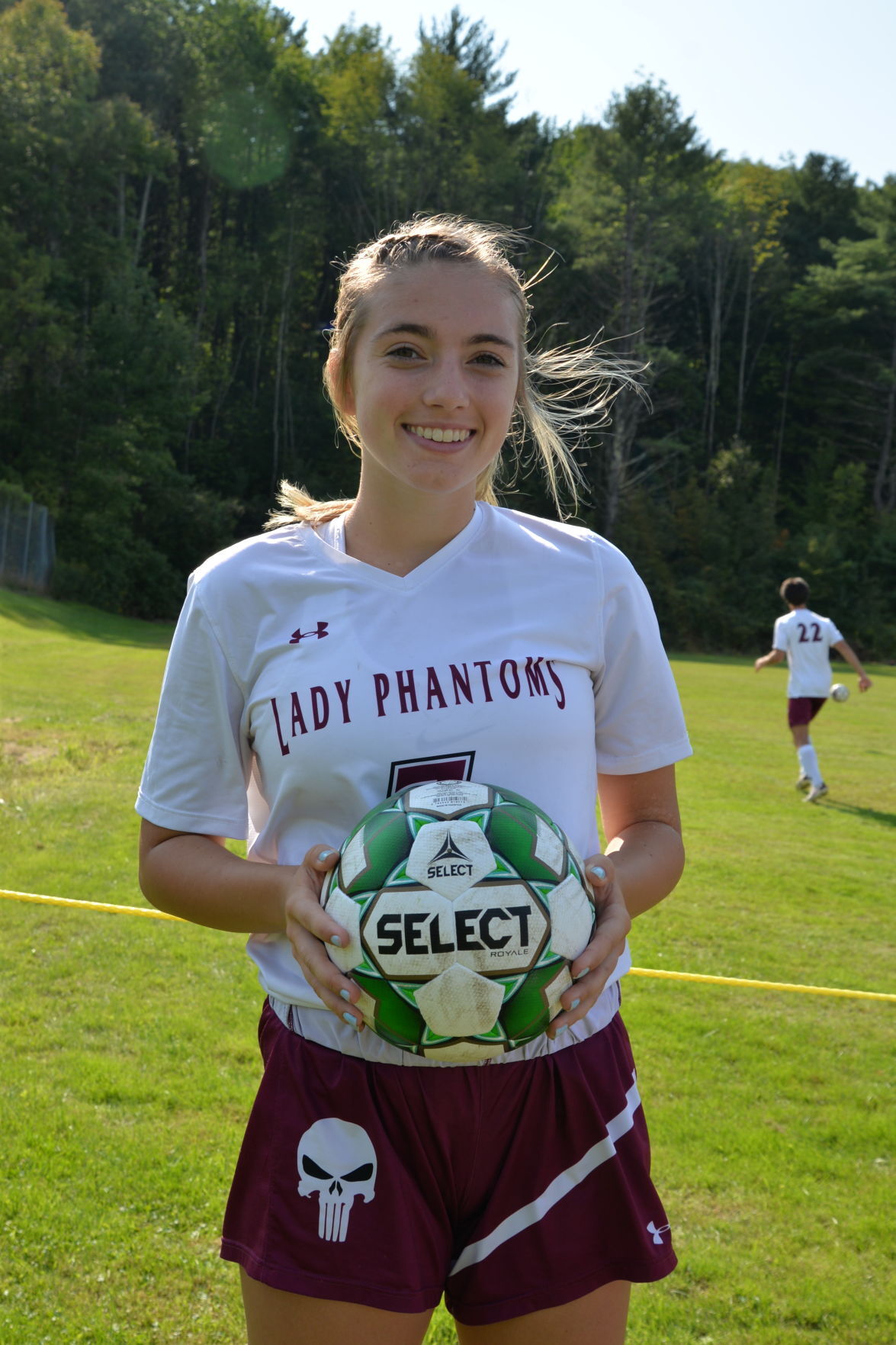 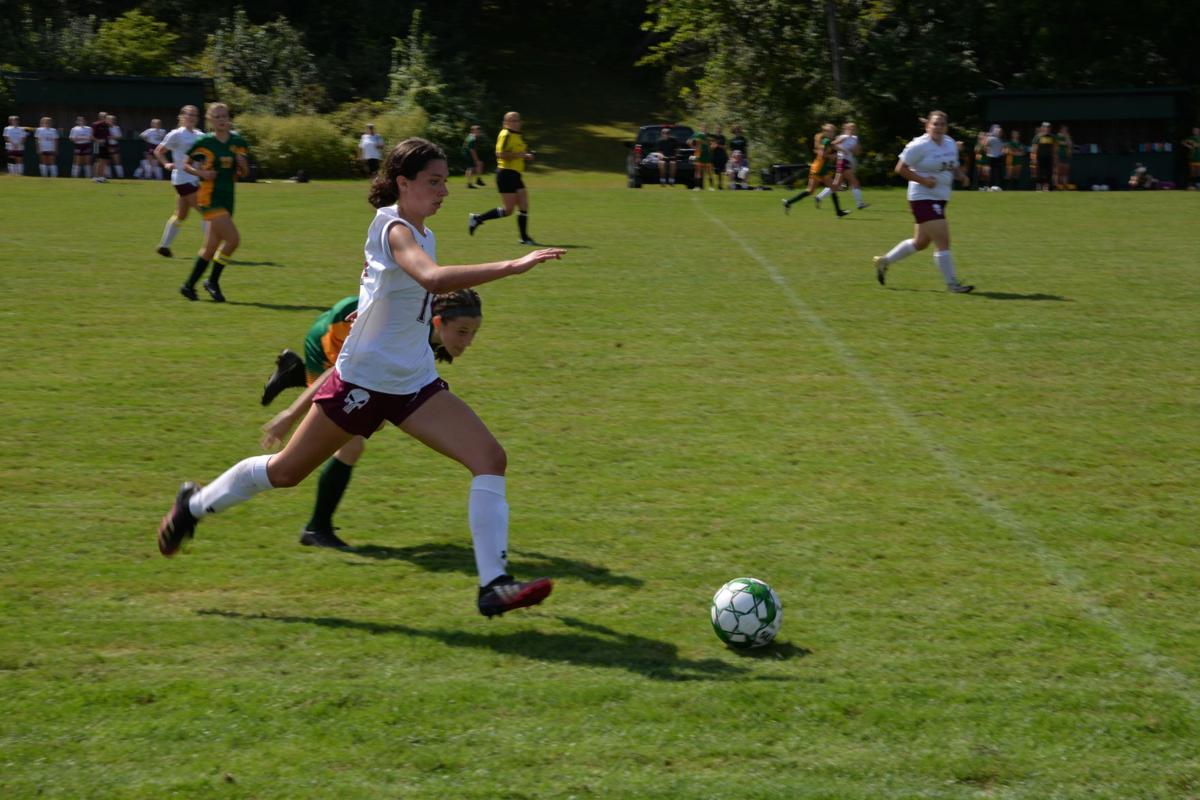 Proctor’s Jenna Davine dribbles the ball up the field during the Phantoms’ game against West Rutland Saturday afternoon.

Proctor’s Jenna Davine dribbles the ball up the field during the Phantoms’ game against West Rutland Saturday afternoon.

McKearin’s fourth goal of the day in the Phantoms’ 8-1 victory over West Rutland put her in the elite century club.

McKearin’s first goal came on a penalty kick about eight minutes into the game. She nailed the low line drive to the right of Westside’s outstanding goalkeeper Serena Coombs.

The Phantoms wasted little time extending the lead. Brookelyn Kimball scored only a minute later with the assist coming from Laci French.

Kimball scored again after McKearin directed French’s corner kick her way. Kimball did not get much on the ball but it was perfectly placed just inside the post.

“Brookelyn’s goal helped take some of the pressure off me,” McKearin said.

McKearin tucked another goal into the corner after receiving a pass from Dez Traverse and the Phantoms had the 4-0 lead they would take into halftime.

The Phantoms applied plenty of pressure the rest of the half but Coombs made an outstanding save and Samara Raiche made a terrific defensive save deep in the box for the Horde.

Isabel Greb ballooned the lead to 5-0 less than five minutes into the second half. She took a pass from McKearin and finished it off with a line drive.

When Emma Palmer scored via Greb’s assist, there was still 32:05 remaining.

Westside coach Deanna Rodolfy loved that her team did not quit in the face of the one-sided score.

The Horde began mounting a much more energized attack. Peyton Guay made a nice run at keeper Angel Traverse and then Camryn Williams unloaded a testing shot at Traverse.

The pressure paid off with a goal when eighth grader Izzy Griffith scored to avert the shutout with 16:20 to play.

McKearin still had some work to do to reach the milestone and she netted the last two goals. West Rutland Athletic Director Joe Harrington announced the accomplishment and she was presented the game ball.

“It was mostly a relief,” McKearin said, who just wants to get on with helping the 4-0 Phantoms win more games.

She said she knew how many goals she needed when the day began but that it wasn’t a concern.

McKearin also felt being awarded the PK so early was a help mentally.

“It is always nerve-racking when we play West Rutland,” McKearin said.

“We hustled all the way through it. You get better playing a tough team. You find out what you need to work on,” Rodolfy said.

She hopes the 2-1 Golden Horde can get back to their winning ways on Wednesday when they host Otter Valley.

Proctor coach Chris Hughes felt it was a much better performance by his team than the last time out when they beat Arlington 9-4.

NOTES: McKearin is the second member of her family to reach the century club. Her sister Abby McKearin is the state’s all-time leading scorer with 168 goals. ... The Horde has its own member of the 100 club in girls soccer with graduate Brooke Raiche. ... It was West Rutland’s Homecoming. ... West Rutland’s Isabell Lanfear, MaCalyster Perry and Tyler Serrani were recognized at halftime for winning individual state championships in the spring in track and field.