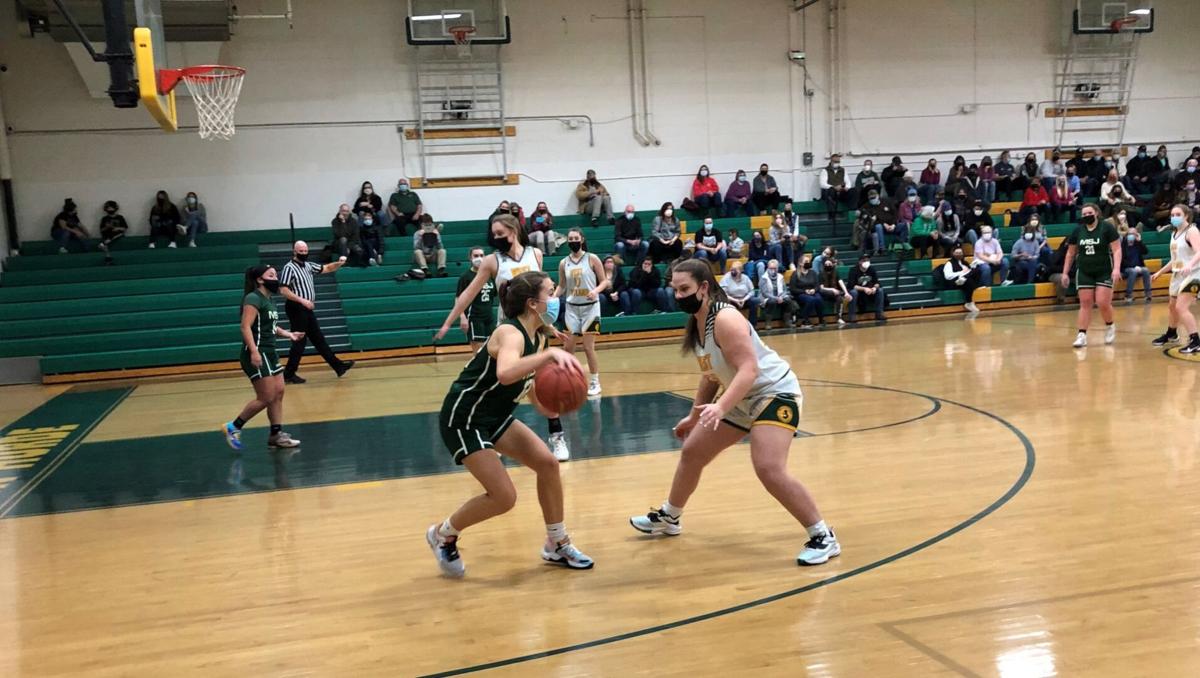 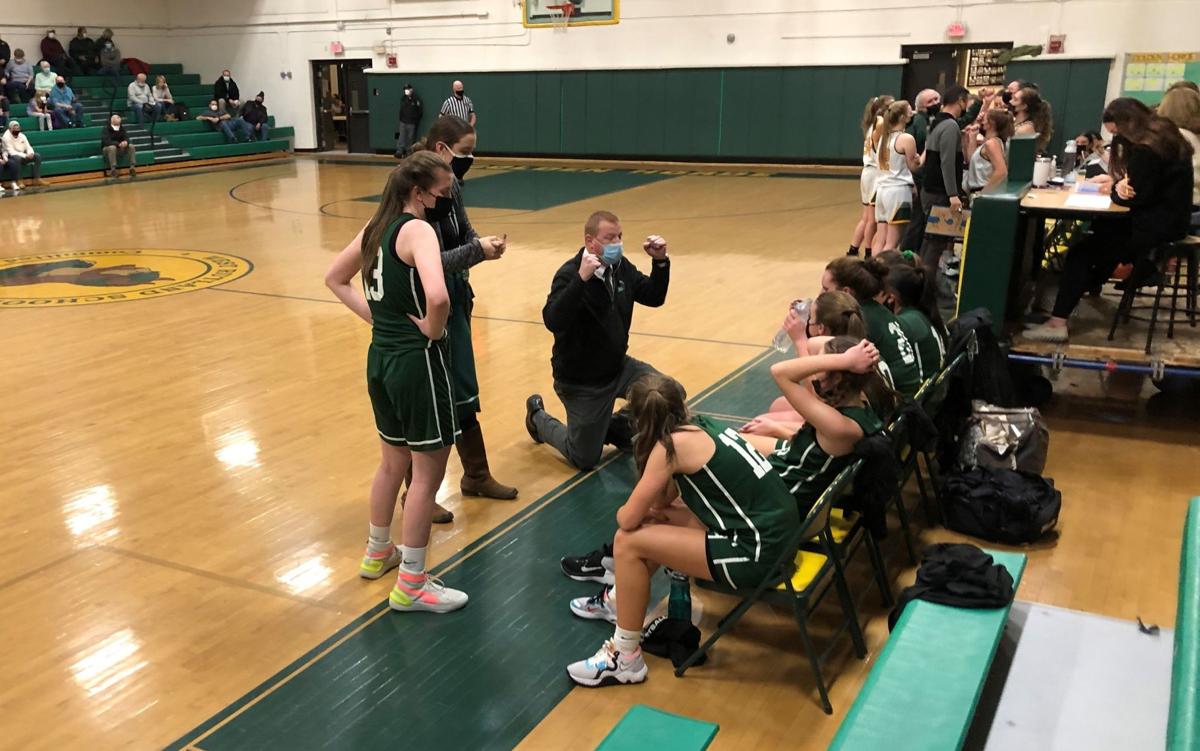 Mount St. Joseph coach Bill Bruso talks to his team during a timeout in Thursday night’s game against West Rutland.

Mount St. Joseph coach Bill Bruso talks to his team during a timeout in Thursday night’s game against West Rutland.

WEST RUTLAND — Motivation can be a powerful force. The West Rutland girls basketball team saw “MSJ” on those uniforms and that was enough. The Golden Horde had a 20-5 lead by the end of the first quarter and a 40-7 at the half on the way to a 66-28 victory over Mount St. Joseph.

“They have knocked us out of the playoffs a lot of years” West Rutland coach Carl Serrani said.

There was also the matter of having their season derailed by “close contact” to COVID in a playoff game against MSJ. The Golden Horde lost all five starters and were beaten as the No. 1 seed against Danville.

“That was nobody’s fault,” West Rutland junior Arianna Coombs said, but acknowledged that it was still a factor in motivating her team.

The players have put that in the rear view mirror. The sportsmanship was exemplary and both team’s leading scorers, Westside’s Peyton Guay and MSJ’s Tiana Gallipo, shared a hug of mutual respect after the game.

MSJ took a 2-0 lead when Gallipo kissed a runner off the glass but then Mallory Hogan scored inside and Guay completed a three-point play after she was fouled on her putback. That began a 20-0 run for the Golden Horde.

“We came out strong and put it away,” Coombs said.

Coombs said some teams might say it is hard to keep fueling the emotion with a 40-7 halftime lead but that’s not the case with the Horde.

“We just keep going,” she said.

Guay followed up her 31-point performance at Poultney with 23 and Hogan combined 14 points with a strong job on the boards and three blocked shots.

As good as Guay was on the offensive end, she was just as good on defense, making trips up the floor an adventure for the Mounties from the beginning.

Gallipo led the Mounties with 15 points.

West Rutland raised its record to 7-1 and the Mounties fell to 3-2.

NOTES: West Rutland’s home home game on Saturday against White River Valley has been postponed. ... West Rutland sophomore Emily Trepanier is developing into a 3-point threat. She had two 3s against Poultney and nailed another trey against MSJ. ... It was the sixth consecutive win for West Rutland. ... It was the second straight loss for the Mounties who will try to get back on the winning track on Monday at Mill River.

" that was nobody's fault ", said a player. The writer and the coach seem to disagree.