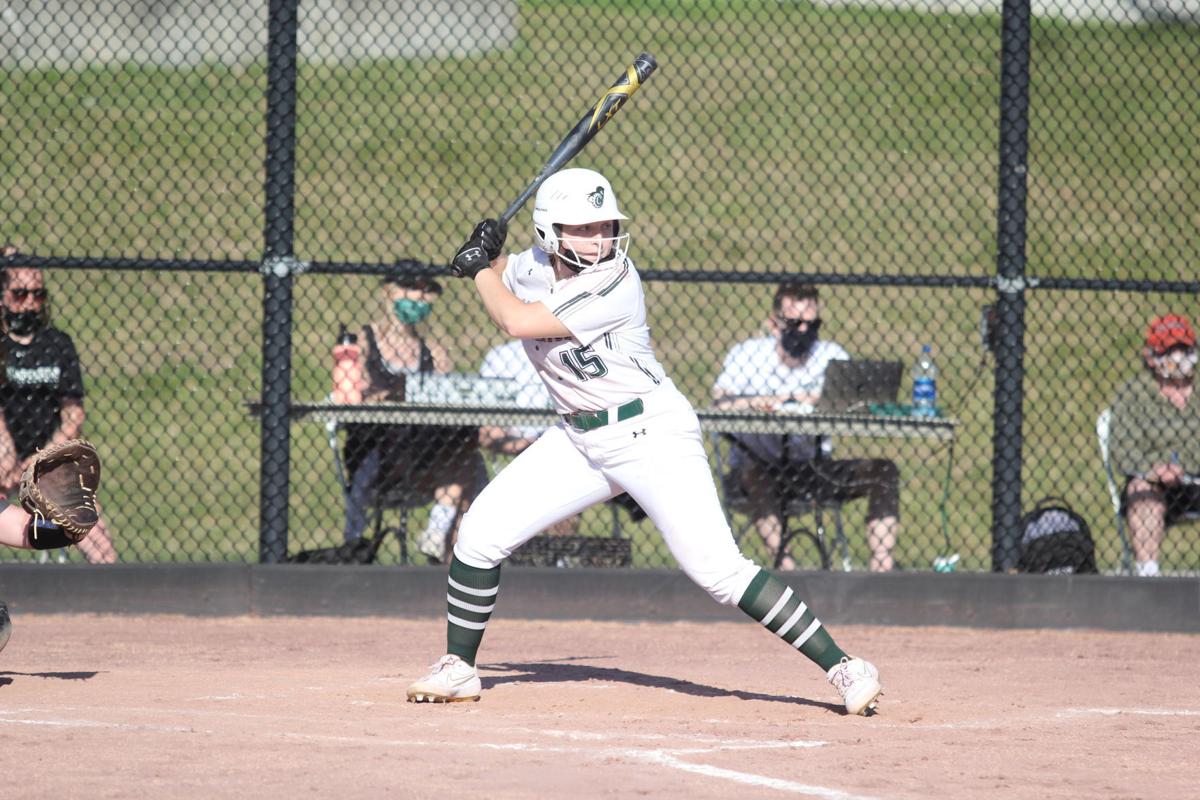 Castleton University freshman Allie Almond up at bat during a game this season with the Spartans. 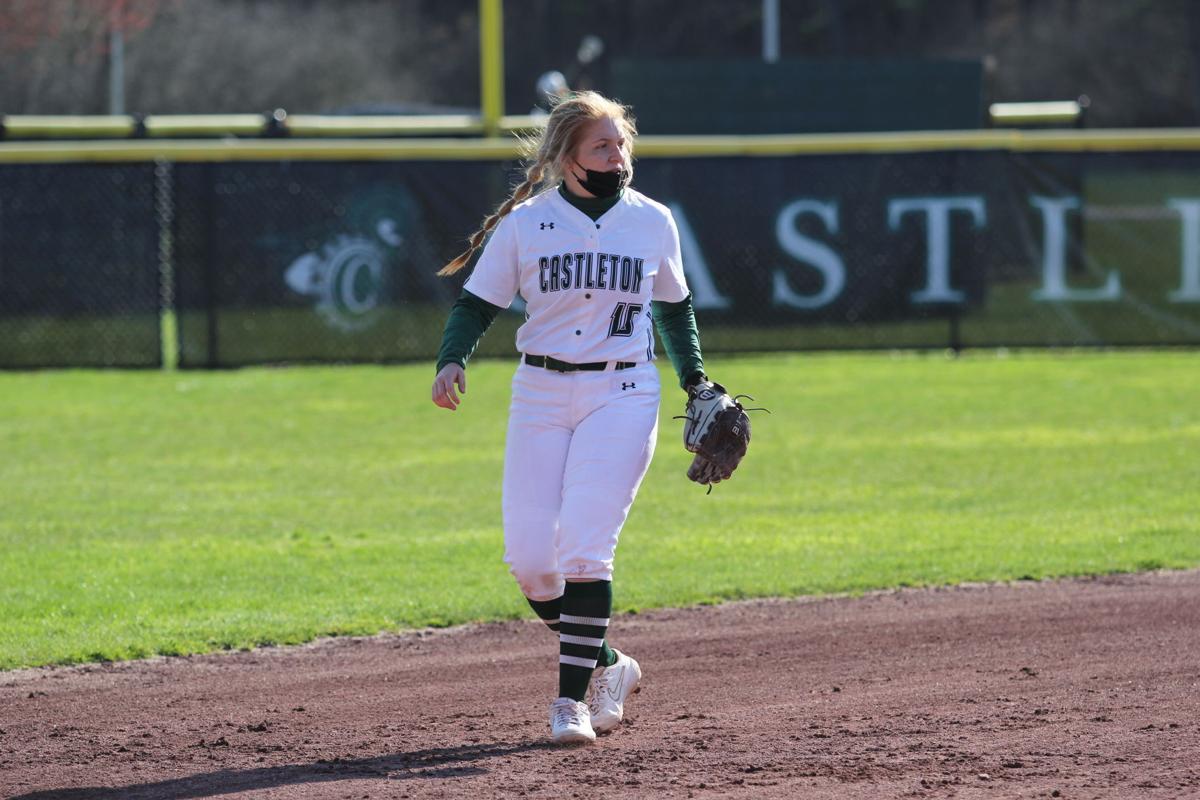 Castleton University freshman Allie Almond waits for a ground ball in the infield this season with the Spartans.

Castleton University freshman Allie Almond up at bat during a game this season with the Spartans.

Castleton University freshman Allie Almond waits for a ground ball in the infield this season with the Spartans.

Castleton University softball coach Eric Ramey was in Proctor in 2019 to size up the Phantoms’ Allie Almond. He saw her gun down a Green Mountain Union High School runner at third base from deep center field.

He had two observations: 1. Almond made the wrong play. The situation called for that throw to go to second base. 2. There is a bazooka attached to her right shoulder.

Now, Almond is playing for him.

Her new position is second base but the arm still comes into play.

“Allie has got a cannon,” Ramey said. “When she gets the ball on the relay, we have a real chance of getting the runner out.”

She is also hitting the ball now.

“We have moved her up to the leadoff spot and sometimes we have her batting No. 4 or No. 5. She has hit wherever we have put her.”

Monday, in a victory over UMass Dartmouth, she had a big hit and knocked in some runs.

The Little East Conference playoffs begin on Tuesday and Ramey is almost certain the Spartans will be one of the top six teams qualifying for the event.

“That was one of our goals at the beginning of the year,” he said.

The Spartans have the potential to make some waves. They showed that when they stunned LEC foe Eastern Connecticut, a team ranked No. 3 nationally at the time.

The Spartans won that game against Eastern Connecticut in the second game of a doubleheader.

Ramey said the Spartans set the tone for that victory in the first game of the twinbill.

“Kate Lapan and Devin Millerick made some big plays to squash some rallies in that first game and we built off that,” Ramey said.

Castleton finished up its spring men’s soccer season 0-4 but that abbreviated campaign is about getting ready for the fall and, to that end, coach John O’Connor felt it was beneficial.

“I think we made progress although we didn’t solve all the problems,” O’Connor said.

The biggest benefit to the spring campaign was that this very young team had its eyes opened, getting a good look at what the Little East Conference is all about and the type of fitness and effort that is required to compete in the league.

O’Connor will be holding individual meetings with the players in the coming days and he is hoping that the spring experience will accelerate their summer training.

There were 15 field players and three goalies on the spring team but O’Connor is bringing in an very large freshman class.

“This will be the biggest team I have had since I have been here,” said O’Connor, noting that he will be carrying about 30 players this fall.

One of those will be local player Jacob Godfrey who will be returning for that fifth year granted by the NCAA due to the pandemic.

The new class will include four Vermonters. Those names will be released soon upon completion of the enrollment deposits.

The schedule is being finalized and new opponents will include Massachusetts schools Curry College and Eastern Nazarene. The Spartans will also play at Maine-Farmington where former Castleton player Blake Hart is the head coach. Hart scored 15 goals in a Spartan uniform.

CU grid combineThe player earning the top score at the Castleton University combine over the weekend was running back Matt Hesford.

He tested the best over the combination of the weight room and field events like the vertical jump, broad jump, 20-yard dash and other events.

“Matt had an amazing spring as a running back and running routes,” Castleton coach Tony Volpone said.

Castleton’s season will begin with the traditional opener against Plymouth State which will be at home this year.